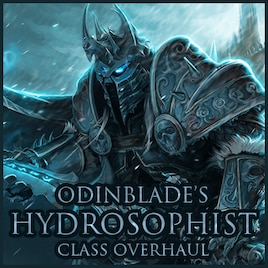 45 items
Description
This mod requires OdinCore - Mod Services to use.
Wanting to start a new ice age? Looking to turn the tide of combat? Hear the oceans calling?
This mod overhauls all existing Hydrosophist skills, as well as adding plenty of new ones, to deliver a truly enchanting Hydrosophist skill tree!

"The tide of battle is often harsh; allow me to demonstrate..."

Playstyle
Magic schools in Divinity: Original Sin 2 have been designed to facilitate user creativity of playstyles and builds; this Hydrosophist Overhaul is no exception. With the improvements made to all Hydrosophist skills, along with the introduction of over 15 brand-new skills, this overhaul bolsters the creativity of Sourcerers. Although magic schools are essentially an open book, I have identified 4-key playstyles I think you’ll all enjoy:
Build cards found in the image gallery at the top of this mod page give some high-level pointers into how to utilise these playstyles effectively. My personal favourite is the Tidecaller, an enchanter playstyle which boasts surprising damage.

Skills
There are many skills in this class overhaul, so I have made an online document containing all of the skill descriptions. Please click the link below to access it.

CLICK HERE TO VIEW THE SKILLS[docs.google.com]
You may have noticed some skills from Divinity: Original Sin EE making a return with some additional effects, such as Conjure Ice Elemental and Ice Wall. I thought it was about time to bring back some old favourites to provide new and interesting build paths.

Additionally, as a comprehensive overhaul, this mod also reworks a lot of the basegame Hydrosophist spells, and I have compiled these changes into a doc:

CLICK HERE TO VIEW HYDROSOPHIST SKILL CHANGES[docs.google.com]
New Hydrosophist Weapons
Tridents are new spear-based weapons (meaning they can be used with skills such as Whirlwind) which deal Water-damage and scale with Intelligence - perfect to make a splash! Tridents also grant access to a new skill - Trident Slide. 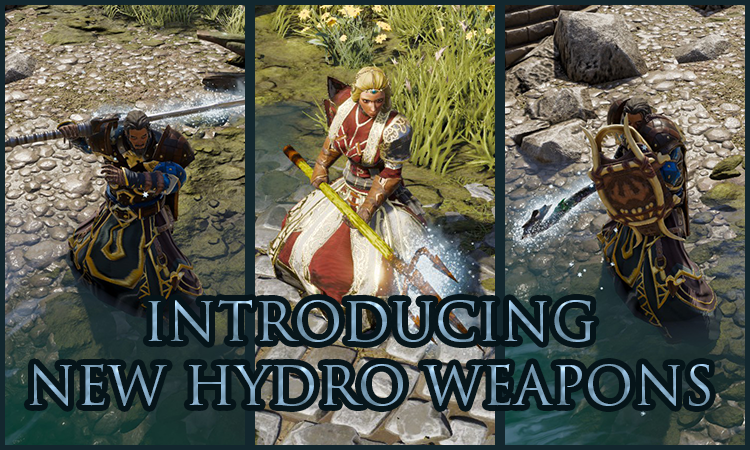 Evelynn, the Winter's Heart is an expert in hydro magic, and she is able to sell the party skillbooks. Evelynn also sells crafted skillbooks at levels 5 and 13. She can be found throughout the game in various locations:

Basegame Hydrosophist vendors also stock the new non-crafted skills and weaponry, and the new vendors can be toggled on/off whenever you like using the Odinomicon mod settings menu from OdinCore.

NOTE:THIS MOD IS NOT COMPATIBLE WITH THE CLASSIC VERSION OF THE GAME. ATTEMPTING TO USE THIS MOD IN CLASSIC WILL LIKELY CAUSE BUGS AND ISSUES.
Popular Discussions View All (6)

Asriel Dreemurr Apr 25 @ 1:00am
I managed to get my undead character to have permanent Healing Waters applied to them, which is an issue since well they are undead and healing isn't a big fan of them. Waters of life seems to have glitched to keep it permanently applied, I don't know how It happened either, and using the ability again, dying and reviving, reloading, relaunching the game doesn't fix it. Anybody have any ideas? I've tried alot to try to fix it with no luck

The_Manticoren Sep 6, 2021 @ 1:32am
Does this mod remove shopkeepers other spears? I am playing a duo run and no shopkeep has finesse spears?

Guido Sep 1, 2021 @ 11:44am
This comment is awaiting analysis by our automated content check system. It will be temporarily hidden until we verify that it does not contain harmful content (e.g. links to websites that attempt to steal information).

Guido Sep 1, 2021 @ 11:43am
This comment is awaiting analysis by our automated content check system. It will be temporarily hidden until we verify that it does not contain harmful content (e.g. links to websites that attempt to steal information).

Michael Feb 3, 2021 @ 3:46am
Any chance for healing ritual to return to a healing spell for enemies as well? It was a solid skill for a cleric build and compliments well the necromancer overhaul with the extra decay skills. Cheers for all the work!
< >