Store Page
Hearts of Iron IV>  Workshop > PresidentWhitmore's Workshop
This item has been removed from the community because it violates Steam Community & Content Guidelines. It is only visible to you. If you believe your item has been removed by mistake, please contact Steam Support.
This item is incompatible with Hearts of Iron IV. Please see the instructions page for reasons why this item might not work within Hearts of Iron IV.
Current visibility: Hidden
This item will only be visible to you, admins, and anyone marked as a creator.
Current visibility: Friends-only
This item will only be visible in searches to you, your friends, and admins. 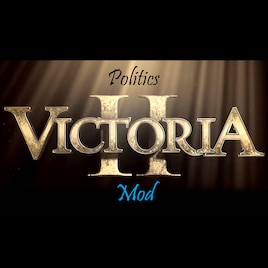 PresidentWhitmore
Offline
See all 81 collections (some may be hidden)

This item has been added to your Subscriptions. Some games will require you to relaunch them before the item will be downloaded.
Description
This mod is meant to at least try to partially to imitate the politics and pop statistics in Victoria 2. Features below:

Adds in 4 different democratic parties which can be elected into power, each giving there own unique bonuses including:
As a democracy elections take place about every two years and can be forced using a decision. The party with the most power is elected as majority.
Adds in class statistics system keeping track of the following population stats:

The popularity within each category gives dynamic modifiers (this now actually works, although it's not fully dynamic as for some reason you are not able to set variables to a modifier, I blame paradox)

Also, population statistics affect biweekly drift to ideologies. Watch out as if you are fascist and all your people are pacifists, you wont be allowed to stay fascist for long.

Economic, Trade, and Conscription Laws can either only be chosen via referendum, using little to no political power depending on party in power and other conditions. Laws can still be changed forcefully using political power in most cases.
Tons of new decisions to influence population statistics including ideology drift.

Links:
Paradox Forum Link[forum.paradoxplaza.com]
If you wish to contribute to this project or make suggestions please join the discord below:
Mod Discord[discord.gg]
Community Wiki[victoria-politics-hoi4-mod.wikia.com]

Compatibility
This mod should work correctly with any mod that does not edit history/countries or 00_ideologies.tx. Sub mods of this mod compatible with specified mods are listed under mod versions.

NOTE: This mod is a work in progress. Expect there to be bugs, imbalance and missing localisations. If you wish to help contact me at the paradox forums please.
Popular Discussions View All (3)

PresidentWhitmore  [author] Jun 16, 2019 @ 3:28pm
Wow, I had no idea the mod got so popular. Thanks everyone. I have stopped updating so if someone wants to update I give permission. Just please give credit.