Store Page
Arma 3>  Workshop > Haunsie Appmann's Workshop
This item has been removed from the community because it violates Steam Community & Content Guidelines. It is only visible to you. If you believe your item has been removed by mistake, please contact Steam Support.
This item is incompatible with Arma 3. Please see the instructions page for reasons why this item might not work within Arma 3.
Current visibility: Hidden
This item will only be visible to you, admins, and anyone marked as a creator.
Current visibility: Friends-only
This item will only be visible in searches to you, your friends, and admins. 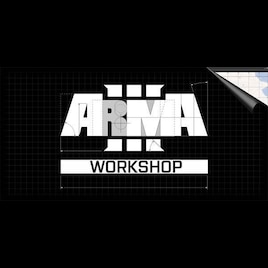 Haunsie Appmann
Offline
See all 626 collections (some may be hidden)

This item has been added to your Subscriptions. Some games will require you to relaunch them before the item will be downloaded.
Description
The original Napf created by Momo and yours truly.

Originally made for Arma2, ported to Arma3 by Nixon (http://www.sncgaming.com/)


Momo's description from the original 1.0 release:

"After 2.5 years of work, I finally finished my Napf Island. It is a terrain for Arma2 OA that is 20.4km on 20.4km in size. While the norh part is rather flat and is the home of most of the big cities, the south is dominated by mountains, forests and wilderness. The map is based on real elevation data from a region in Switzerland, but the towns, roads and forests are highly fictionalized.


Features:
- Two big citys, 3 airfields, a lot of medium sized towns
- Several small islands off the main land, one of them houses a big military base
- A massive Water Dam with an electrical grid emerging from there
- Diverse landscape from the flat north with agriculture and bigger towns down to the high mountains of the south
- Tested in Multiplayer without serious bugs

Credits & Thanks:
- My Clanmate Flattermann who became more and more a co-author
- Hotzenplotz from URR-Clan for his help with Visitor and Photoshop
- AngryInsects-Team for Beta-Testing and moral support (visit www.angryinsects.de)
- All clans and mods who played the Beta-Version, which motivated me to go on with the project
- Mondkalb for his buildings
- Bushlurker and others for many helpful posts in the Editing-Section of the bi-Forums
- shezan74 for WorldTools
- Marseille77 for the GermanWaysigns Addon.
- BIS for making Arma2"

Disclaimer stuff:
Any unauthorized modification of the released files is not allowed without any written permission by the author(s).
You are using those files at your own risk.
Author(s) of those files are not liable for any damage or loss of data caused by using of those files.
Usage of those files is also prohibited for any commercial purposes.

Priorik Apr 3 @ 5:29am
I took some screenshots, can you add them?
https://drive.google.com/drive/folders/1uTijtU9sYfdSR31XvRp-DsvMnjgNM1en?usp=sharing

Jinkis Feb 13 @ 7:27pm
Got those collision meshes on the roads, seems to be common with maps ported from Arma 2. Hopefully it can be fixed one day, that's a lot of years of work to have such a little thing make it annoyingly less operable. It's a great map!

Vortex Aug 8, 2021 @ 5:33pm
Howdy! I represent an Arma 3 Starsim Unit and we would like to use your map in our Mappack that we are putting together. What would we need to do so that you would allow us to use your map?

Haunsie Appmann  [author] May 6, 2020 @ 4:30am
If you're missing CAData check if you have CUP Terrains enabled. It's possible though that the CUP team made some changes in their file structure.