Store Page
Garry's Mod>  Workshop > arrow.'s Workshop
This item has been removed from the community because it violates Steam Community & Content Guidelines. It is only visible to you. If you believe your item has been removed by mistake, please contact Steam Support.
This item is incompatible with Garry's Mod. Please see the instructions page for reasons why this item might not work within Garry's Mod.
Current visibility: Hidden
This item will only be visible to you, admins, and anyone marked as a creator.
Current visibility: Friends-only
This item will only be visible in searches to you, your friends, and admins. 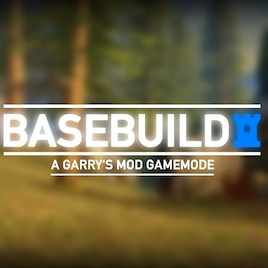 arrow.
Online
See all 1360 collections (some may be hidden)

Basebuild is a Garry's mod multiplayer gamemode in which you play as one of the 2 teams that builds their bases in order to win the game. The main goals to succes are cooperation, teamplay and your team strategy.

When you choose your team, you start with nothing, only equiped with a crowbar and gravity gun - the most important weapons in this game. With crowbar, you can leave your base and mine some resources needed for your base to expand. You deliver those resources by your gravity gun, some of them are heavier then another, so you may cooperate and mine together.

Once you gathered enough resources, you can then put them into various boxes that when filled, creates a building. Every building has a reason, whether it is a supply house or protective wall.

Wood, stone and iron are the most important resources.
Iron requires melting before it could be used. That means that you can mine iron ore, which you need to put in a furnace, that you need to build to melt the iron ore.
Mine wood by hitting trees located everywhere on the map, stones by mining rocks and iron ore by mining rocks located in the mines or outside.

Once you research the "supply house" building, you can unlock classes.
You can play as assault, with normal speed and some weapons, as heavy, with slow speed and slow mining speed, but equiped with powerful weapons, or as scavenger, having fast speed and fast mining speed, but very few weapons.
The key to succes is a cooperation with all those classes and assigning roles.

This gamemode could be better suited for friend parties, but it can be hosted on servers. The maximum recommended player limit is 8-10.

The main goal in this game is to research new buildings, that you can unlock by building others. Eventually, to end the game, you need to build the final tower, which serves no purpose but to win the game for your team. If no one manages to build the tower, the game results in a draw.

You can also put all your effort into building the final tower, which can be destroyed, or to first protect your base and then aiming to win. You can compromise between those playstyles.

Most of the gamemode is done in Hammer, which means that you could create your own based on the entities from mine. I'll be putting the vmf version online soon.
Until that, this only map that exists for this gamemode is open, so it could be laggy on slow computers. Consider turning down your settings if you happen to notice some frame drops. I did what I could to optimize the map, but given the number of entities and the map size, the engine simply handles it badly.

The map bs_greenfields that comes with this gamemode should have all custom content packed. It may require episode 2 for some textures however.

As this being something new for the gmod gamemodes, there could be various bugs. Please report any bugs that you encounter, so I can fix it and update the mod.

--To change the time of the round, you need to have sv_cheats enabled, and then you can type "lua_run test( time )", where time is the number of seconds you wanna set your time to. So "lua_run test(1200)" sets the time to 20 minutes.

Roschraider Feb 2 @ 2:06am
The problem is not there for me.It's rather than the map is not very "alive" if you see what I mean. It would be nice if npc spawn and attack both teams or just expensive resources that appear in the middle thus creating more altercation between the teams. Or even, (I just got the idea) a building where the npc (as in moba) spawn and will attack the opposing team. In short, just more like said before alive. Otherwise your game mode is perfect as my friend says

. (well, there maybe problems in what I said but I use google translation, it's excuse

Thexila12 Feb 1 @ 12:00pm
Me and my friends just love this gamemod, there is just one thing that would be better : respawn ressources !

arrow.  [author] Jan 12 @ 3:19am
I'm glad to hear that! There's no way to turn off the damage to the tower now unfortunately, I didn't quite think situations like this would occur, so I only disabled damage to other team members.

Elevator Guy Jan 9 @ 6:41pm
Love the gamemode! My users love it. But we get this occasional troll/noob who will damage their own tower. Is there anyway to turn off team damage?

arrow.  [author] Dec 7, 2019 @ 2:42pm
Have you checked if there isn't a conflict with your addons or server plugins? One thing that may break the classes is a admin or superadmin classes, as the class system uses those to differentiate between themselves. The class system needs rewriting as a whole. I don't know about the Dlib errors, but again, it may be conflicting with something.