Store Page
Arma 3>  Workshop > GSVIPER's Workshop
This item has been removed from the community because it violates Steam Community & Content Guidelines. It is only visible to you. If you believe your item has been removed by mistake, please contact Steam Support.
This item is incompatible with Arma 3. Please see the instructions page for reasons why this item might not work within Arma 3.
Current visibility: Hidden
This item will only be visible to you, admins, and anyone marked as a creator.
Current visibility: Friends-only
This item will only be visible in searches to you, your friends, and admins. 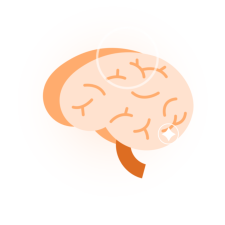 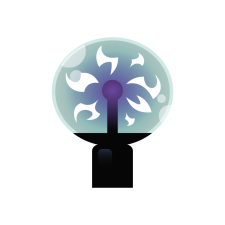 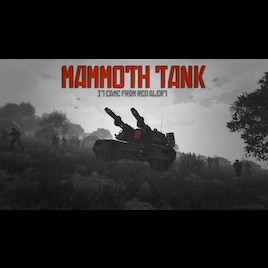 GSVIPER
Offline
See all 1370 collections (some may be hidden)

This item has been added to your Subscriptions. Some games will require you to relaunch them before the item will be downloaded.
Description
This mod was originaly designed to be in Arma1.

--Story--
Acting on the orders of Joseph Stalin, Soviet engineers created the Mammoth Tank, the heaviest tank ever produced in the Red Alert conflict, to counter the increasing threat of the Allies latest tank. The Mammoth was armed with two 120mm cannons and twin anti-infantry and anti-aircraft Mammoth Tusk missile pods. An atomic generator powered the enormous vehicle. Mammoth was extremely heavy armored, it was also very slow. It was truly the last word in conventional vehicle technology. The enormous chassis was supported by a pair of treads on each side. The turret was plugged into the hull with a relatively thin screw-like extension. There is no large turret well and the turret is a self-contained module with crew transfer being possible between the turret and hull. The turret aiming and rotation mechanism is automated so much as it aim directly to its intended target swiftly. The vehicle is equipped to carry out limited battlefield repairs independently. In addition to being a threat to ground targets the tank's missiles could also engage aircraft.

The CSAT updated the tank and rearmed it :
- They changed the engine due to his danger for the crew. The mammoth explosion made radiation for decades in the area and killed the crew years later even if they leaved the tank.
- There is now 2 Gaz Turbines in the engine compartment,
- They also installed two 188 mm cannons instead of the twin 120 mm.
- The turret armor is thicker than before.
- In order to modernize it's capabilities they installed a radar in the turret nose between the cannons.

--Work in Progress--
-fixing the reported error/bug on the tank.
-camonets.
-Interior.

--Me--
This mod is the result of my passion about video-games, I mixed the command and conquer famous unit into Arma,
This is the first addon i am publishing. I did my best to make this unreal unit fit well into arma game. I told myself "what if the tank would exist, how it would be ..."

--Thanks--
I want to thanks bohemia and all the Arma community. I hope this Gift will please you all.
Have fun with it and see you at the next update.

Thank you for your FeedBack and bug report, working on it :)

Big Thanks to Luetin to let me link his video which illustrate the most the story of the mammoth tank
from his youtube channel : https://www.youtube.com/channel/UC8RfCCzWsMgNspTI-GTFenQ

Darkus369 Sep 18 @ 9:16am
I am trying to spawn one of these on my Server and cannot find it Via zeus, so is there a spawn command associated with this Vehicle. Love the Mod Btw

Sentry Aug 15 @ 12:09pm
@Ironkoldo just join here https://discord.gg/nqkEpKR and write me a PM in the discord

also everyone that is a C&C fan, join in our discord.

GSVIPER  [author] Aug 10 @ 9:20am
@IranKoldo and Antharann if you are interested there is a W.I.P mod Tiberian Genesis, the guys need help with rework at 3d stuffs

Antharann Fireblade Aug 10 @ 7:18am
Ironkoboldo, i would join in on that too, even if its just getting references from the games or extracting the voxel models (yes, i can do that now, figured it out), i can also do some modeling myself but lack motivation for projects that take longer.

Ironkoldo Aug 10 @ 5:21am
Hi GSVIPER, I love Command & Conquer vehicles, I've just read your comment about motivation. In case you like to, I offer help with 3D models and animations (I'm starting with it, but I can already get a finishesd model or animation). I'm blind about programming and file convertions, but if .OBJ and .MTL works for you, I would be very happy to help.

Survival R Jul 7 @ 11:25am
now this is the "cuase fuck you thats why" experience

GSVIPER  [author] Jun 16 @ 10:21am
@Antharann Fireblade hello no i don't have motivation to do other stuff, i spent several months on the mammoth to get "perfect" shapes and textures
< >