Store Page
Hearts of Iron IV>  Workshop > MrScroup's Workshop
This item has been removed from the community because it violates Steam Community & Content Guidelines. It is only visible to you. If you believe your item has been removed by mistake, please contact Steam Support.
This item is incompatible with Hearts of Iron IV. Please see the instructions page for reasons why this item might not work within Hearts of Iron IV.
Current visibility: Hidden
This item will only be visible to you, admins, and anyone marked as a creator.
Current visibility: Friends-only
This item will only be visible in searches to you, your friends, and admins. 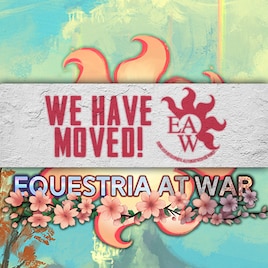 Cyrus
Offline
See all 251 collections (some may be hidden)

THIS WORKSHOP PAGE IS NOT SUPPORTED ANYMORE

Art of the Main Menu: by Shamanguli[trixiebooru.org]

Special thanks to Plainoasis[www.deviantart.com] for allowing us to use his great art as steam logo background and in other parts in the mod.

🔥 The Burning Sea 1.5 🔥
Follow the coastline east from the Kingdom of Wingbardy and her self-proclaimed rival, Falcor and you find a collection of southern states who developed largely without the influence of the Griffonian Empire.

Sheltered by an impressive mountain range, the proud Federated Parishes of Sicameon uphold a system of decentralised democracy. The parishes enjoy a large degree of freedom, some even allowing corsairs into their ports. With the rising tensions around them, some want Sicameon to strike out beyond the mountain range, some even argue for more centralised control to facilitate national defence. Can Sicameon maintain its unique character in a changing world?

The Republic of Asterion is the sole minotaur nation of Griffonia, straddling a sprawling group of islands. The harmonist but militant republic has but one short term goal, liberate their kin on the mainland, who are oppressed under griffon claw. How many of her principles will the Republic sacrifice to attain victory?

The County of Cyanolisia is the sole remnant of imperial might in South Griffonia, holding on to the mainland minotaur population centres. The control of the imperial garrison is tenuous and it would take a military genius to achieve victory on land or sea. With their enemies preparing for the final conflict, the griffons must rally around their ancient banners to protect imperial honour far from the homeland.

Furthest east and sheltered from most conflict, are the Free Towns of Gryphus. Many of her coastal cities have grown rich by trade, but the foreign merchants take little heed of the native griffon inlanders. If those tensions weren't enough, the legacy of a bygone crusade against the Riverponies has left an intimidating presence of a knightly order. A congress has been convened to mend tensions between all the factions, but will it be enough?

From Midoria to Riaportu, the seawind brings the spark of change. It is up to you to decide if peace will reign on the shores of Southern Griffonia, or if her waters transform into the Burning Sea.