This user has also played as:
Ian R Buck 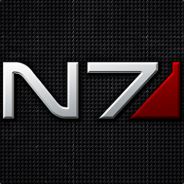 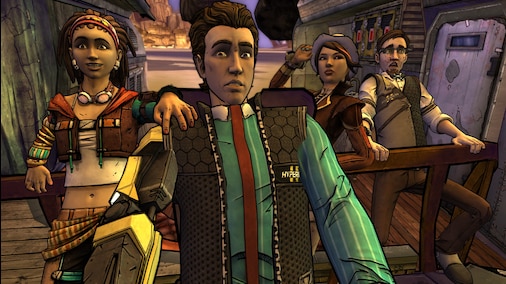 BADLAND: Game of the Year Edition
28 Hours played
I've had Badland on Android since 2014, but finally picked up the PC version in a Humble Bundle. I was hopeful that playing multiplayer on a television with controllers would be better than having everyone crowded around a tablet, and I was right! Below is what I wrote about it back in 2014[medium.com]:

At first glance you might want to call Badland an infinite flyer. But there are enough major differences that I do not think it quite fits. Much like infinite flyers, you have one basic control: touch to fly up, don’t touch to drop down. However, in most infinite flyers touching anything results in death. In Badland there are many things that will kill you, but usually the floor and ceiling are safe. Instead the game is based around set obstacles that you must get past.

There are two main ways to lose. Contact with objects like saws, lasers, or getting squished between two otherwise harmless objects will kill you. Falling behind the camera also results in failure. Usually the camera continues forward at a slow but unstoppable pace. There are exceptions, like during maze sections where the camera will kindly wait for you to complete the puzzle. Failure is not the end of the world like most infinite flyers. Instead the game is riddled with checkpoints, usually placed right before each obstacle or puzzle.

Badland spices things up with power ups found throughout levels. Some make you smaller, some bigger, some bouncy, some sticky, etc. Usually they are strategically placed to help you get past the next obstacle. As with any good puzzle game, Badland takes the limited number of different elements and combines them in new, more challenging ways as the game progresses to keep itself fresh.

I have never played a game with a setting quite like Badland’s. It is a jungle world with pieces of abandoned advanced technology lying about. You see this world as a small creature trying to survive the day in this deadly world. The art style does a great job of presenting this beautiful world. The backgrounds are vividly colored, seemingly handpainted panoramas of huge objects in the distance. The objects in the foreground (as in, everything that you interact with in the game) are almost completely black. You might think that the background would distract from the important objects, but it did not. In fact, I only noticed things in the background if I was in an area with a lull in obstacles. I started to imagine what kinds of events might be happening on this world, what awesome sci-fi adventures were happening that my little fuzzy animal was completely unaware of. I also thought about all the hilarious ways that this little animal’s journey might be inadvertently affecting the world around it.

There is no soundtrack to speak of in Badland. Instead, ambient jungle sounds permeate quietly throughout. Many obstacles make sounds, such as the buzzing of a saw or the sizzle of a laser. Honestly I did not miss the existence of a soundtrack until I looked in my humble library and realized that the game came with no music.

There are 70 levels (not including community-made levels,) divided into different times of day. They of course get progressively more difficult. There are also goals besides simply reaching the end of a level. Throughout many levels you can get power ups that clone the little creature. The more clones that make it to the end, the better. It becomes very difficult to keep them all alive however, because they all obey your command to go up or down at the same time. Each level has three different objectives to complete, such as saving a certain number of creatures or collecting all the power ups in the level. It is the kind of game that I have enjoyed completing, but I doubt I will ever fully beat it.

There is also a hilarious local multiplayer mode where up to four people control different creatures making their way through the same level together. It is competitive, so whoever makes it farthest wins. This multiplayer mode works best on larger screens, and it is the first game that I can think of that makes perfect sense to play on Android TV.
Leave a comment

Lifeisamazingthenyoudie May 5, 2016 @ 7:44pm
You are the best brother, thanks for helping me set up my account!

Wolf Revo Apr 25, 2014 @ 8:09am
Oh, I promise you that on October 30th, 2018 I will play The Stanley Parable for the whole day and I will get both achievements. I suspect that I'll never have the one that is impossible to get.

praetor_alpha Apr 25, 2014 @ 4:31am
You're just saying that because you can't play Stanley Parable for an entire Tuesday for the next 5 years.