This user has also played as:
See you on the Journey! 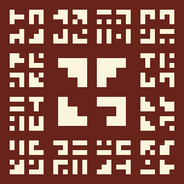 Connection
200 XP
A good policy to have: if a game's price is more than that of Factorio,
do not buy it. You'll almost certainly be wasting your money.

...So yeah, I'm here, playing beautiful and/or relaxing puzzle/indie titles and occasionally writing guides & stuff.... and maybe waiting for the next Matt Nava experience, hoping that whatever Epic exclusivity deal Giant Squid inevitably signs off on is somehow worth it :P

Test subject and critic (and occasional mapper); played well over 5,000 maps and counting. If you see a companion cube in my comment for your Portal 2 map, that means I liked (and 99.9% likely upvoted) your map.

Please don't befriend me because I once commented on your sketchy map and you want help. Likewise, please don't befriend me if you need help with your sketchy Portal 2 mod. If you do either of these things, your request is 99.9% likely to get ignored, especially if I don't already know you. Read my guides first, as well as other Portal 2 guides to help you create better puzzles. There is also the VDC Wiki .
View more info
Currently Offline
Profile Awards  1

How not to trap the player
By The Sojourner

Getting "The Game is Not Enough" achievement [SPOILERS]
By The Sojourner

All Litter; All Gifts, Big and Small
By The Sojourner
59
Guides
96
Followers
Grammar Showcase
• Does anyone remember Allie Brosh's alot [hyperboleandahalf.blogspot.com]? Be sure to allot some time to read that blog post, so you can see what cute creatures they are!

• The sea was aswell with muck, as well as the boats riding on it.

• Noone is a friend of mine, and they're not no one. Please respect them for me.

• There is a zombie out there named momo ya (yes, he doesn't like his name capitalized). He sometimes lurks under your bed, watching you speak into some speech-to-text program, making note of any errors. He judges too, so y'all better watch out, or ya'll come for you!

• I harvest the would of the trees to fuel my fire... or I would've if that previous clause made any sense.

• I know there should be a joke here about how they're bad grammar...

• I once met a whole family in Kansas: Auntie Im Good, Uncle Hes Good, and their children Shes Good and Wes Good. They live in The Shed, which she'd made good.

• "payed" is actually two syllables, spoken like "pay-ed"... and it sounds like paying for education or something, right? I wasn't paid to write this btw.

• I lead others to believe that there were multiple meanings for both "lead" and "led". In the past, I only followed.

• He breathes breaths of breadths, no two alike.

• The in-deepen dance (a.k.a. "independance") is pretty cool, but it's not for loners — or anyone who values their independence, really.

• The existance is a very special kind of stance in existence.

• Do you have chronic dyslexia? Now there is a medication: exetra. It will prevent you from going on and on about something. Side effects include increased spelling mistakes, lack of capitalization or punctuation, etc.

• I have an idea for a game, where there are two main characters, and they are narcissists who share the last name Furrys. Curiously, although they dislike furry things, they're suckers for furries.

• Apart from a part of this showcase, every sentence here is in fact 100% grammatically sound. If you think otherwise, you need to learn to read and rethink your own grammar!

• I found a photo realistic landscape that makes no sense — it was land locked by either a landlord, or simply more land, and it's a copy right to the left of your hand, and now I'm over thinking about the water fall on the rocks, so let's go back packing (except it's nothing like camping — quite the opposite in fact)! Goose bumps are edible (I think), and may taste like gooseberries... or like duck, or maybe chicken. Also, the black face movement, which is just a type of face movement, was set up to the left over necks.

So anyway, did you catch what I was saying back there? If you did, you misconstrued the meaning.

• This is How I can tell Someone is about to Make something Easy: At first, Nothing happens, but then Something magical happens. Notably, that "magic" is actually some sort of hack, Or perhaps it's actually a tried and True skill. However, i don't always believe it, so I wind up Not Giving a crap about it.

Still seem weird? Look again, and tell me whether Semi-Random capitalization means anything to you.

• Never forget to space out your periods.it helps you not inadvertently list out a website which may or may not exist.

• Have you ever wondered what it looks like when you use a comma for everything, well, wait, I just asked a question, so now I can't end my sentence right, but does that matter,,,, and will this wrongness ever end,

The Sojourner Mar 30 @ 7:49pm
I haven't (yet?) had any success with that one. I guess, just keep getting lucky with Fated Authority, as well as do the Trove Trials and keep getting Sunken Treasure from Poseidon. It also helps to still have bounties available so that you can count the Ambrosia bottle (though it shouldn't be necessary).

(also, this would be better posted on the discussion boards there rather than here)

ctenochaetus Mar 30 @ 1:21pm
I saw your post suggesting rebalancing of the Hades run clear messages. Do I gather from it that you've had some success getting the Nose for Nectar message? For the life of me, I can't see how it can be done, so I'd be very grateful for wisdom if you have it.

SIXBOXX Jan 21, 2021 @ 1:31pm
I honestly think that portal 2 may be the best game ever. It's charming atitude and speedrunning potential makes for a great game alone. When you bring in the great optimisation, great mechanics, fun gameplay and unique leveling system it may be the greatest game every. The only problm I have with it is that you have to enter an elevator after each chamber, when they probably could have been placed in a chain so that you don't have to load them individually like it was in chapter 7.
< >