This user has also played as:
Offline#1000 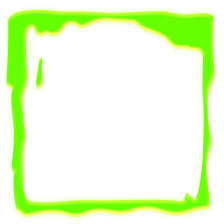 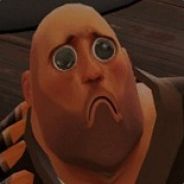 I am not answering questions about price checks or suggestions.
I am not interested in hearing about my impersonators.
I am best contacted through Discord, DMs are always open at Offline#1000.
I normally clean my friends list out, if you need to contact me you can always add me again. 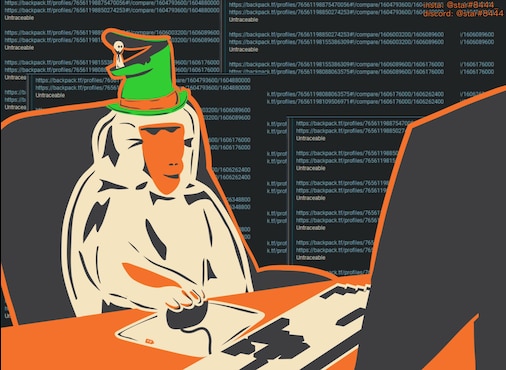 a monkey in a lime gibus chained to a computer, being forced to make backpack.tf suggestions

+ 2
The Pitiful Life of a Pitiful Person
I am Offline. I like to play video games.

Dumb Accomplishments
Muted 30 times in Runescape
Kicked from 7 clans in Runescape, including the top two largest F2P-only clans
Maxed F2P Runescape 3 account along with 8 120 stats, #50 (5/14/2022) of the F2Ps
Permanently banned from a trade server in TF2 and came back through appeal
Self-proclaimed MvM God and toxic ♥♥♥♥♥♥♥
Created a bind that turns my keyboard into multiple keyboards for binds
#1 rank in a Freak Fortress 2 server before it went down

My life story is my gaming history because I pretty much wasted my life on a couple of video games. I don't have much else to write about.

- 20xx didn't play anything except for some Pokemon games
- 2007, a cousin shows me Runescape and I'm completely addicted
- Crank Dat was the thing during the time so of course my username is Souljaboi265
- 5th grade 2008, we get a Wii
- Manual says that it is recommended to take periodic breaks
- So my mom enforces that we take a 15 minute break every 1 hour
- One minigame I play requires full and intensive attention and has a penalty of leaving mid-game
- I play this game a lot
- As a result I don't take breaks most of the time and I just ignore them
- Mom gets mad that I don't and starts turning off the internet by shutting off the router
- Mom also turns off internet at night so I can't play all night
- Router is upstairs and I'm downstairs so I can't just go and turn it back on whenever I want
- Can't play Runescape without internet
- Still same life, play Runescape until she turns it off, wait 15 minutes and turn it back on
- Have nothing to do at night except sulk over the lack of Runescape
- Summer 2012, brother introduces me to Team Fortress 2
- I can play TF2 at night without internet
- Fighting bots was fun so I try my skills online
- Too hard since I'm trash so I only play on achievement_idle, freak fortress, and a trade server named Aycerus
- Become obsessed with TF2 and stop playing Runescape for a bit
- Play TF2 for free and swear to never go to the dark side of paying for the game and trading
- It eventually happens
- Become a big time trader that ends up trading more than actually playing to get better
- Eventually become a top suggester on backpack.tf, I basically barely play TF2
- Notorious for raising the price of items I currently owned (like raising strange scatterguns while owning 35)
- Owned several monopolies on low tier stranges and botkillers and manipulated their prices
- Show off in Aycerus using my cosmetics
- Use cheap tactics like dead ringer spy, spawn camping, sniper door staring to kill people and hide my less than average skills
- People who I can't beat I trash them by calling them ♥♥♥♥♥♥ and stupid weeaboo and ( ͡° ͜ʖ ͡°)
- Start making binds to spam
- Eventually find a way to potentially turn my entire keyboard into several keyboards dedicated to binds
- Eventually my keyboard has less game-function keys than keys that allow me to call you a gayass 10 year old at the press of a key
- By 2015, amass ~5,500 hours of TF2 (albeit most of it is standing in a trade server while trading and doing nothing)
- So in 3 years TF2 was open for a fifth of that time...
- Somewhere in this time, a regular (Twinny, never forget) becomes admin
- Somewhere in this time, I got permanently banned from Aycerus with a group dedicated to banning me and several others, came back with a "heart felt appeal" (also because it was a ♥♥♥♥♥♥♥♥ reason)
- Somewhere along the way, on Aycerus's decline, Twinny tells me she'd basically make me an admin even after my perm ban
- Summer 2014, my brother shows me a funny anime titty gif
- Lol so funny look at the bouncy titties on the short girl lol
- He tells me its anime
- Initially against the idea since I call people on TF2 stupid gay weeaboos all the time
- We both try the anime (Seitokai Yakuindomo)
- As soon as it starts there's some super super weeaboo intro
- I just look at him like "what the ♥♥♥♥ is this"
- He shrugs and says "It's one of... those"
- We get through the first episode
- I like it
- He gives me some more episodes
- He only ever watches the first episode
- Meanwhile I watch the whole thing because it's hilarious
- Life at this point: Play TF2 until mom turns internet off and then rewatch Seitokai Yakuindomo
- Literally watch nothing but Seitokai Yakuindomo for 1-2 months
- Eventually try to look for another anime
- I try to find animes within the same genre, which would be lots of sex jokes and a harem of cute anime girls in a club with 1 guy
- Find a couple, the next 4 were Seitokai no Ichizon, Haganai, Baka Test, High School DxD
- So my brother turned me into a weeaboo and he doesn't even watch the ♥♥♥♥
- After that it's just history, man
- Become a full fledged ♥♥♥♥♥♥♥ weeaboo, the same that I so despised about 6 months ago
- Eventually watch so much anime that I stop playing TF2 because I can't do both
- Life at this point: Watch anime literally the whole day
- I vividly remember watching Madoka Magica and plotting out "Okay, if I can watch episodes 1-6 now, that means I'll finish 7-12 tomorrow, and have enough time to watch another full anime"
- Somewhere around 2015 I just go back to tf2
- Trading is gay so I basically just play for fun like I used to pledge to do
- Play only on Aycerus because I'm still bad at tf2 and its fun
- October 2015, find anime games on Steam
- Become a full steam weeaboo
- Now I can flex my weeaboo-ism and tf2 hours and wealth on steam
- Don't even play TF2 anymore, so much for 2+ years of trading and amassing a giant collection, am I right
- The computer chair I have isn't that comfortable, so just watching anime is kinda paining me, literally
- Realize that I can just multitask something while I watch anime
- Somewhere in 2016, start playing Runescape again just to watch anime on the other half of the screen
- Spend days playing Runescape + watching anime and then switching to anime games when internet is off
- April 2016, I brought my laptop to my friend's dorm 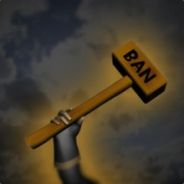 1,392
Items Owned
Items Up For Trade
1,392
Items Owned
20,500
Trades Made
6,795
Market Transactions
I am a trader but I am also a collector.
If it is not listed, it is not for sale.
Impersonators follow me, please don't get caught.

Feel free to contact me by adding me on Steam or messaging me at Offline#1000 on Discord.

59 hrs on record
last played on May 14
Wallpaper Engine

ꜱᴛʀᴀɪᴅᴇʀ May 9 @ 2:24am
added for the Unusual Killstreak Skull Cracked Rocket Launcher (Factory New). I Would like to buy it.

Zee May 8 @ 2:41am
added for discussing possibility to trade for the Collector's objector