This user has also played as:
Hugo Monster Summer Badge
200 XP
Hated by half the community for loving tacos ❤️
If you can't teach it, kick it


Purging MvM from trash, one kick at a time. At the end of the day, I get to finish my tour, retards don't, and that's what counts.

Unless we have played before, comment your reason for adding me.

• What I like: TF2 (MvM), Lifting heavy weights, playing the piano (classical), my job and the money that comes with it.

• What I hate: Retards, gas players, idle meds, holidays without a gym.

• I'm a simple man: in parties, I always F1 when a vote is launched by a party member, no question asked, unless it is against someone I am personally friend with. If you don't like to F1, don't even bother adding me or inviting me to your game, I'm not here to help carrying idiots who can't even do the basics. If you want to have fun like that then go to Boot Camp where retards breed faster than rabbits and save both our time.

• I don't have any problem with off meta strategies, but if you are one of the idiotic fucktards of the MvM Steam Forum that like to ask low tours to go spy/sniper/pyro or with weird setups just because 'fuck the meta', then stay away from me and go where you belong in Boot Camp, in here you will find crossbow meds, mini sentry engies, direct hit sollies and the other types of braindead people you crave to play with you fucking moron.

• People who leave on last wave to save their ticket: you keep giving free missions to random trash = no invites. Here is what to do so you don't allow retards to get free loot. Intelligence required: middle-grade schooler.
- Last giant: leave right before he drops
- Last tank: leave at 1/4-1/2 HP.
Disconnecting requires you to press 3 buttons. Unless you have Parkinson, start using your 2 brain cells and learn how to leave the proper way.

• Outside of pre-made parties and few exceptions, pyro = kick or I leave/destroy lobby with retry.
If you're a random who picks pyro with the intent to play seriously, you will fall into one of those two categories:
- For 95+% of you, you lack common sense, pick wrong upgrades, have no positional awareness, die all the time, deal no damage, fail to kill medics, and uselessly Airblast busters around, because busters are the only things that won't kill you in 2 seconds. In the end however, they still blow you and engi's dispenser because as I said, you don't have any positional awareness.
- You rely 100% on Gas Passer, a weapon that requires no skill to use, because you can't play any other class or lack the skill to learn how to play one.
Disagree? Leave a comment below and save my time so i kick you instant when you join my game.

• I understand that we all have people with whom we have problems, and I try to remember it when inviting people in parties, but don't question me on my friends choices because I don't give a fuck about yours.

To end on a positive note, I have no problem with the vast majority of people, but if I happen to have a problem with you, you will know it. I might let you know directly, but most of the time, you'll just end up feeding my counter, sometimes on last wave.

5,137
Items Owned
529
Trades Made
1,910
Market Transactions
Although I'm not trading, you can still talk to me if you have an offer to make. Pure preferred, except on duplicate Australiums, where a discount can be applied if paying in Tour of Duty Tickets.

Just keep this thing in mind: I have an idea of the value of most of the stuff in this game, I know where to find it if I don't, and most importantly, I always know when you are trying to take me for a fool. You only get to make retarded offers once.

I don't add people with a trading website link in their name. Having 'TRADE.GG' or some other stupid shit like this only proves one thing: your backpack's value is as low your standards. After all, you rely on selling yourself like a prostitute to a random website so you can earn a couple of worthless refs a day.

I also don't 'lend' stuff or whatever stupid ideas people come up with nowadays. If you want something, act like an adult and trade for it or buy it yourself. If you don't have the money for it, get a job, and if you don't have a job, get your priorities fixed by getting off Steam first you fucking idiot.


Salt available for free on request.

Please note that all kicks served are non-refundable


You can share your experience in the Guest Book below. 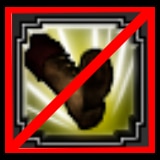 [MvM] How to NOT get kicked by High Tours
Created by - gergez | banMe.tf and itzzz

Team Fortress 2
Sick and tired of getting kicked all the time in MvM? This guide will teach you how to NOT get kicked in the Mann vs. Machine gamemode of Team Fortress 2. This guide is mostly targeted to all the operations (tours) of MvM besides Two Cities. Since the meta
Guide Showcase

[MvM] How to NOT get kicked by High Tours
By itzzz 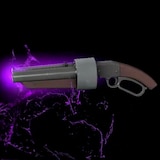 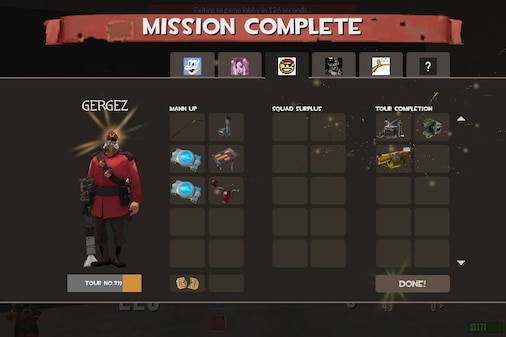 Retards didn't want to kick, so I was afk for 3 waves. This is my reward. What do we learn? If you want good stuff, be an ass, don't carry

tuna 4 hours ago
-rep made out of bone