DISCRIMINATION:
I don't accept immature, art thieves, random add without reason, and SJW that poison community with prejudice and racism.
Don't e-bagging for rate/favorite, I only appreciate artworks if you create them by your own skill, not stealing from other artists.

Define video games as an art, experience, and personal challenges
I sometimes create random digital painting (fanart and original). My work used to be 3D GMod artworks and porting model (Source engine).
All of source models are belong to talented modder / modeler in Source modding community
who take time and effort for extraction. Without them, those artwork won't be happened.

My drawing style is based on particular brushes with soft texture and shading. Characters tend to be semi-realistic look. Still a long way for practicing
>>Please give me a credit if you attempt to use my artworks.<<

I do enjoy writing some game analysis. How is overall design? How's intriguing for player and personal suggestion for improvement.

Fans of nostalgic 80' and 90' animes/film/music such as Ghost in The Shell, Hellsing, Cowboy Bebob, Serial Experiments Lain, Perfect Blue, etc.
Sometimes play co-op games with my friends or spend my time for singleplayer for exploration,
unique indie games, and create screenshot artworks. (only rate and favorite artwork made by your skills.) 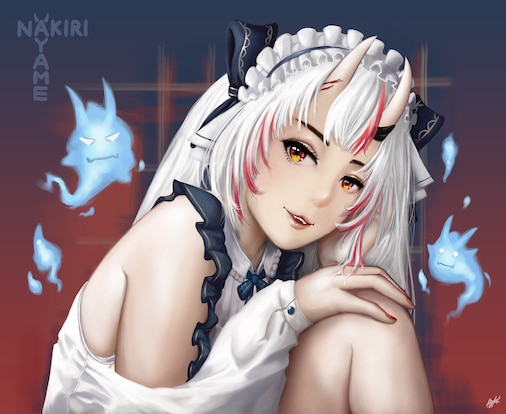 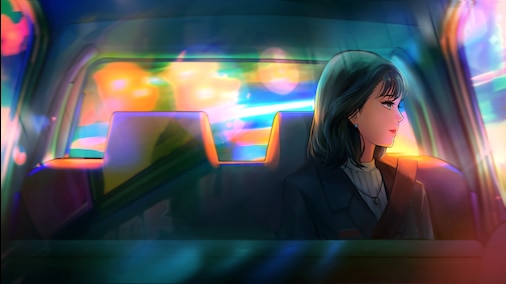 The vibrant colors from countless neon lights. Every night feels fascinating and yet energize me to keep going.

Assault Spy
23 Hours played
”When stealth is not their option. They shall solve by force.”
Assault Spy is flashy hack n’slash action game with its own gentlemen style and identity. The game is mainly developed and programmed by single person (Wazen). First released in 2018 with some post-release update and extra contents. This review is based on latest version (July 2, 2020).

Just Another Day in the Office
Assault Spy presents the story of Asaru Vito, an elite spy who is tasked to infiltrate the robotics manufacturer named Nagabot in order to redeem his image. Thanks to Kanoko Yotsuba, a troublesome partner of same agency who drag Asaru’s performance all the way down. Thing doesn't go as planned as Negabot security is in the middle of terrorist takeover; forcing duo spies to be accidental heroes. On the other side, it also tells the story of Amelia Smith, CIA agent who ends up in the same incident. It provides perspective of “what if” scenario.

https://steamcommunity.com/sharedfiles/filedetails/?id=2148101432
The story is full of silliness and humors that don’t take anything seriously (even the plot tries so hard to be). It presents in both visual novel like dialogue and short cutscene with nice illustration. Each character has its own interesting design, motivation, and personality like sharp-witted Asaru or blunt and reckless Amelia. Big props to Japanese voice actors that put effort and feeling into characters. Even though some people might find Kanoko annoying; I find her likeable and serve a purpose to the story. Overall, I genuinely enjoy heroic anime storytelling style; it’s fast pacing with enough room for main character development with some wholesome and twisted events.

You can play both Asaru and Amelia campaign from the start. For story purpose, I highly suggest player to start from Asaru campaign first.

My Briefcase, Your Face
Assault Spy gameplay is clearly inspired by well-known hack n’slash title (like Devil May Cry, Bayonetta, and Ninja Gaiden). Gameplay loop is about beating opponent from room to room and upgrade character to expand movesets. In term of movement and bypass technique, it doesn’t reach the level of complexity like AAA titles, but it still offers enough tools and creativity for both causal and veteran players to enjoy.

You will expect first playthrough might be a bit clunky and counterintuitive due to limited movesets. The combat starts to flow and surprisingly addict once you becomes familiar to movesets, timing, and enemy pattern as you try to best in most stylish way possible. The game offers decent variety of common enemies and bosses with fair challenge and telegraph.

https://steamcommunity.com/sharedfiles/filedetails/?id=2148101660
Although, both campaign shares same level and setting. Asaru and Amelia have different gears and playstyle. Here are bullet points from my experience:

• Asaru gameplay has light technical element and JUST timing. He also has great vertical combat action, melee with decent AOE range, and Kanoko decoy.
• Asaru can utilize overclocked ability to delay current enemy position and perform combo mad.
• Amelia gameplay is pure brawler, dashing one-on-one type, teleport kick with tension build and super mode.
• Amelia can block (ground / midair) and perform counterattack.
• Guard break system allows player to gain health item and keep flinching target. Player can bypass guard by attack different side and some AOE moves.
• You can deflect most enemy projectile with right timing attack.
• You can hold attack in middle of other combo and release to continue combo.
• Support enemy step and jump cancel
• Enemies are all weak to juggling; you can keep them vulnerable with right timing.
• At certain point, players will get a change to instant switching between Asaru and Amelia that expand potential combo.
• Fixed health gauge (I personally like this system as it give you clear and direct health indication)
• Businesslike theme of movesets and stylish system create unique identity and feedback.
• Stylish ranking is quite generous in term of penalty and progression, but you still need some work to achieve.
• Generic level design with some level gimmick (some annoying obstacles can disrupt your combo). On the other hand, the usage of desaturated colors helps to distinguish between characters and background.
• Four difficulties (hard and extreme need to be unlocked by completing lowers difficult). Instead of artificial difficulty, common foes are replaced by elite and more aggressive enemies and player maximum health decreased (5 / 4 / 3 lowest). Bosses still have higher health thought.

https://steamcommunity.com/sharedfiles/filedetails/?id=2154612202
I enjoy mastering both characters. Especially Amelia fighting style, she is more direct and easy to learn, but her movesets is quite limited compared to Asaru. There is also some inconsistency when dodge or cancel certain animation and long wind-up animation that could limit its potential.

Despite of some limitation, the developer clearly understands how to produce strong fun factor in term of fluidity and combat feedback. Each final blow shatters enemies into pieces, leaving aftermath feelings with high intensity of debris and robot fragments.

Beat’em up in Beats
Even though, the game only has Japanese dub due to limited budget. Okawa Genki, Satomai Okome, Yoshida Hitomi, Honda Mariko, Fujiwara Yuki. Their previous work in anime and TV might not be familiar with some people, but I think it’s worth mention to they had so much fun that put into their characters. Making dialogue fun to read and listen (except you dislike high-pitch voice).

Are You up for OT?
As indie title, the game offers decent post campaign contents to extent total playtime. It depends on personal preference. It’s worth full price even though you may only play for campaign.
– Challenge all higher difficult, unlock all moves, improve rank score, combo mad in dojo mode, death march (aka Bloody Palace in DMC), and boss rush mode.

Override the System
The game is powered by Unreal Engine 4 with decent optimization. Control is responsive and support remapping. The performance might be varied from user reports. I constantly have solid performance on max settings without fatal crashes or game-breaking bug. There are only one area that I experience frames drop due several calculation of glass physics and high enemy intensity. For some reason, my anti-aliasing option refuses to change from high setting.

In additional, I would suggest for subtitle option (it can be distracted during combat) and blue/depth of field option. Its high intensity can be painful for some players who prefer clear visual over cinematic look.

Closing
Assault Spy is an indie project created by pure love and passion. It clearly stands out with its own unique identity and quality execution. If you’re into combo fighting enthusiast or just causally enjoy flashy combat and silly story, give this game a chance.

If you found this review helpful, please consider and give a thumb up, any feedbacks and exchanging idea are very appreciated

All 25 Soul Harvester and 4 Yan Ying Locations
By Dinnyforst

Have a nice weekend at the end of June

Have a nice weekend

Wish to be happy and good health

At the first month of June

Have a nice weekend

Wish to be good health and happy