This user has also played as:
If he breathes... Community Board of Honour / Remembrance

I work as a full-time analyst, modding is merely a hobby. 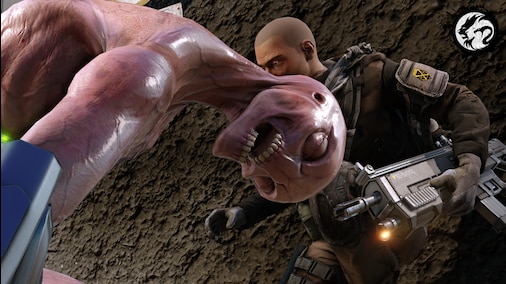 Did this Sectoid... take a dying selfie?

WOTC Even More Backstories
Did you know the base game has only 9 vanilla soldier backstories? This mod changes that.

WOTC Even More Backstories - Version 7, aims to increase personal attachment and role-play within your XCOM campaigns. 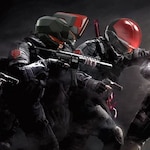 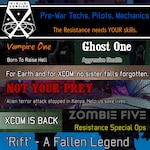 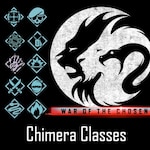 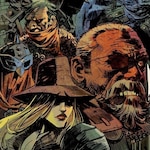 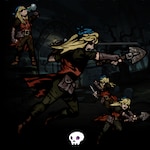 RimWorld
577 Hours played
Rimworld fascinates me, which is why I keep coming back to it. The ultimate sci-fi sandbox, where anything can happen. Let me tell you the stories of my colonists.

The Akame Survivors died after drop-podding themselves into the arctic circle to board a derelict spaceship, only to miscalculate the fuel requirements and die on the sea ice.

Moose Command set up a secure compound in the mountains, fighting snow, darkness, insects and mechs. They starved to death whilst under end-game siege from mechs.

Bleach's Crew were trampled to death by a Zebra herd.

Laughing Coffin were butchered in their mountain lair by a rival murder gang, who used grenades, rottweilers and a mother-♥♥♥♥ing bear to smoke them out.

Hellstriders fought Zombies in the Jungle, led by a ruthless cyborg and her lover, a mini-gun medic with a bionic dick. Predators kept eating colonists, but it proved a favourite tourism spot for the nobility.

The Guilty Sparks fought the odds to set-up a geo-thermal colony on the Ice Sheet. They were led by Blackjack - a crazy bearded devil with twin power-claws for hands - and Box, a beautiful genius who hunted Walrus and fleeing prisoners in her spare time with an anti-material rifle.

----
Rimworld is what you make it. Every colony is a story of hope, dreams and even love... being crushed by a hostile environment and a cruel story-teller Gods.
Leave a comment

Cato May 27 @ 12:36am
It's a real missed opportunity for sure. There is an overhaul mod called RogueTech though, which I'm going to give another year to mature - looks promising.

Tiny&Purple May 27 @ 12:30am
couldn't agree more about BattleTech (I only have 50 hours). it feels like it's not all there. too bad they have officially stopped adding content. oh well, on to the next game.

aSweetPatato Apr 5 @ 12:38pm
Hi, added you cause I saw your post about Darkest Dungeon workshop items and would love to check out the portraits package you put together.
< >