This user has also played as:
Bassem B. 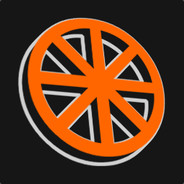 Proteus
3.3 Hours played
I lost someone recently. In those first days full of grief and exhaustion from taking care of family matters, before I slept, I'd sit and try to play something to clear my mind. I didn't feel like playing my usual games. Not shooters, not puzzles, something where I could simply be transported somewhere nice.

First I thought of Bernband and Euro Truck Sim 2, but I didn't have them installed. I played Secret Habitat, I played Minecraft, and I played this game, Proteus (and a bit of its mod Purgateus).

It provides the simple pleasure of walking around in a cheerful, surprisingly interactive, rather mysterious place, rendered in fidelity low enough to let your imagination amplify it.

I've heard about and seen screenshots of many mechanics to discover, and even an end game of sorts. I haven't experienced most of them, though many patterns are now clear and I even found how to control the time of day. This is to say that there is just enough substance here to keep you interested, if you ever get bored of simply walking around.

It's a place to unwind, basically. I love walking around woods, but I don't have easy access to them.

Also, my two young nieces love watching me play it, and chasing frogs or owls or pointing at far away landmarks and getting there, talking about the cycle of night and day, about seasons, forests and animals and wandering.
View all 7 comments