Do you like hot dogs? How about horseshoes? Hand grenades? (everyone likes hand grenades) Anyway, we've got all that, and guns. SO MANY GUNS. So if you like ordnance, meat, and far too many groan-worthy puns, this is the VR sandbox game for you.
$19.99
Visit the Store Page
Early Access Game
Get instant access and start playing; get involved with this game as it develops. Learn more.
Most popular community and official content for the past week.  (?)
Update 103 is Now Live!
Apr 22

We're back from a little break and have a small content update for your folks this week, filling out the last of the 9 Meat Fortress character 'expansion kits'. Many thanks as always to the talented Pie_Savvy for their sharp original designs on these new toys.

Now that the 9 classes have been filled out, the next thing up on the Meat Fortress front, which will arrive some time later this year, with be a Take & Hold character designed to use the entire equipment set, along with a few surprises designed to make that progression smoother. We've also got some plans for bot-class condition movement (like AI blast jumping) that should be arriving at the same time. We'll have some previews of that when it's ready to show.

Anywho, we hope you enjoy the new kit, and we'll see you folks next week!

Hot Dogs, Horseshoes & Hand Grenades
334
47
An Arcade
I think an arcade would be a cool mode to see, using real guns opposed to fake guns to complete the kinda games in, A side mode that would be cool would be an On Rails Shooter similar to something like House of the Dead, you could have multiple modes, like unlimited ammo or a swing reloaded gun, or hard modes where you have to manually reload...
3 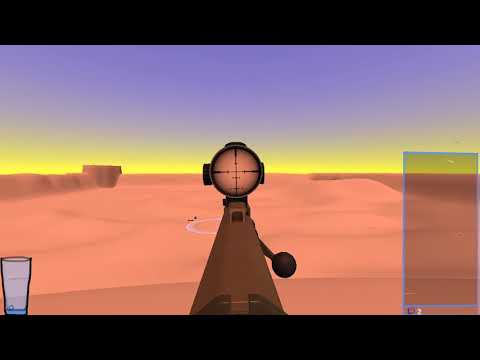 How to get Toggle Grip on the Oculus Rift Touch
How to enable the ability to toggle holding something in H3VR using the Oculus Rift's Touch controllers.
25 ratings 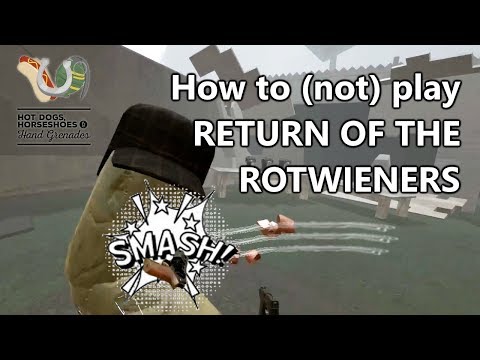 Some tips and tricks for newbies
This is a guide dedicated to the things in H3VR that aren't really showcased in videos or in the devblogs. Enjoy! 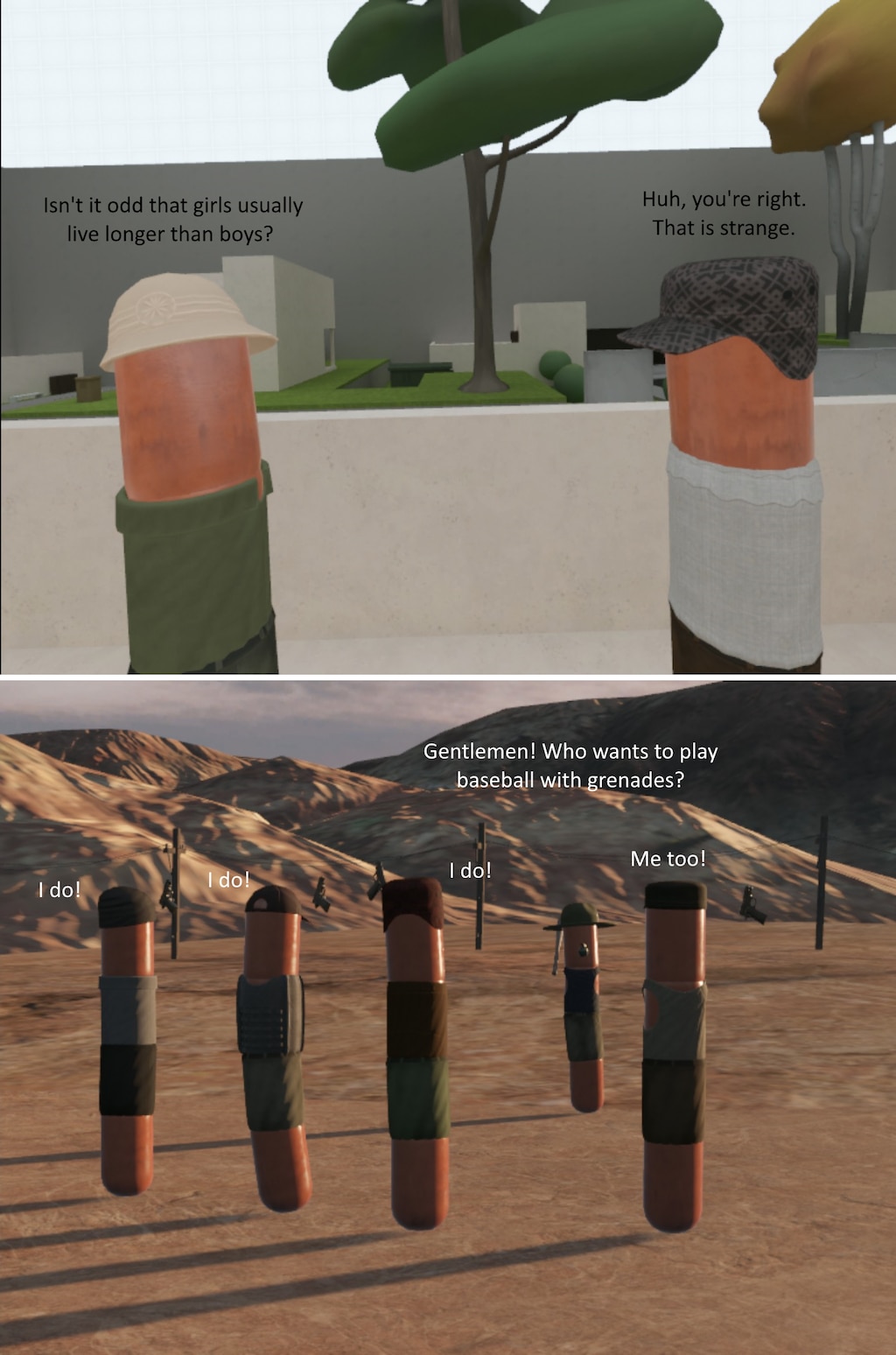 Knowing the quickbelt capacities .
A complete list of every avalable quick belt option in h3vr and the holding capacities of each quickbelt. 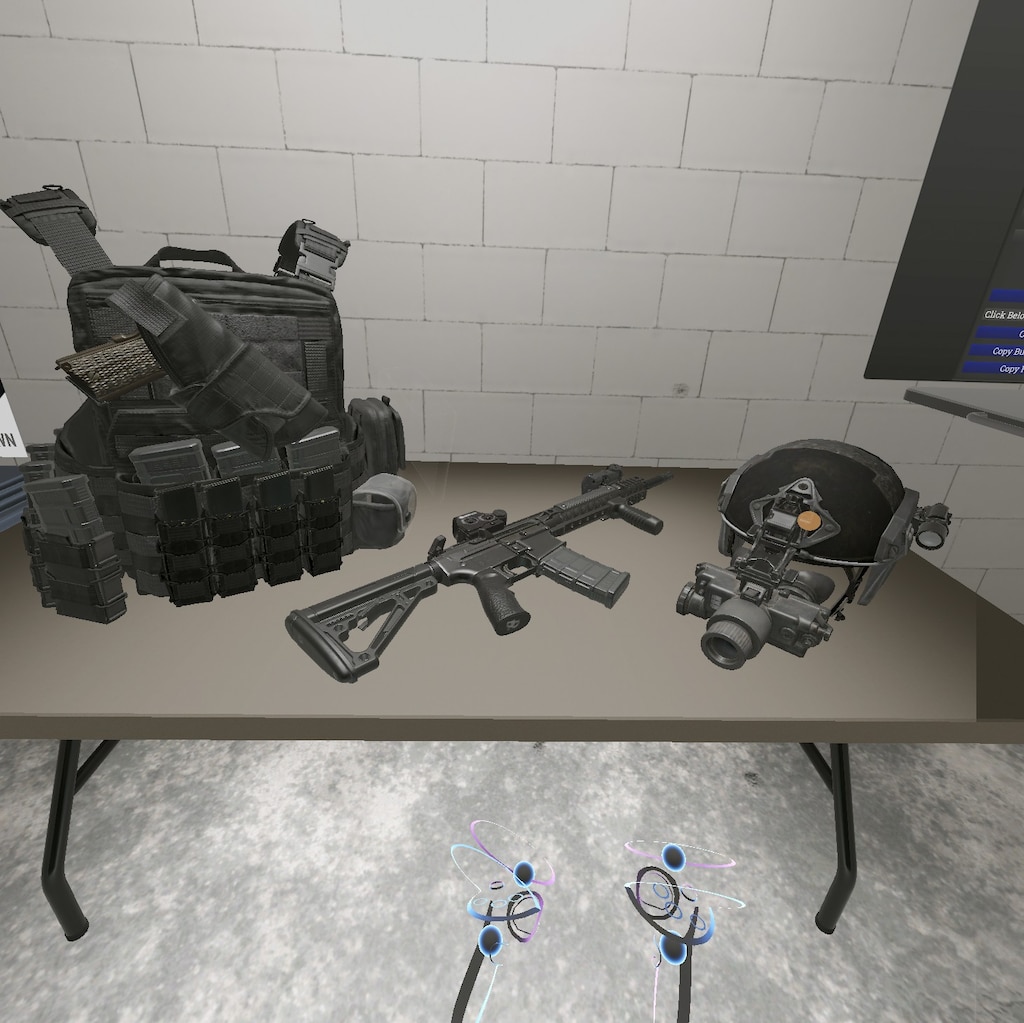 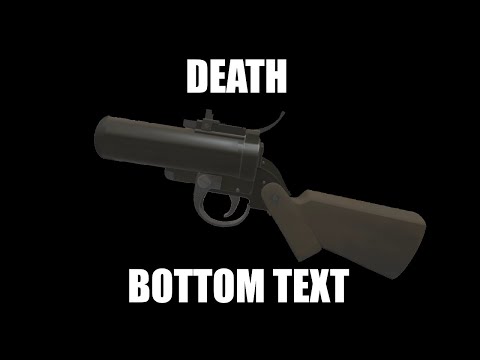 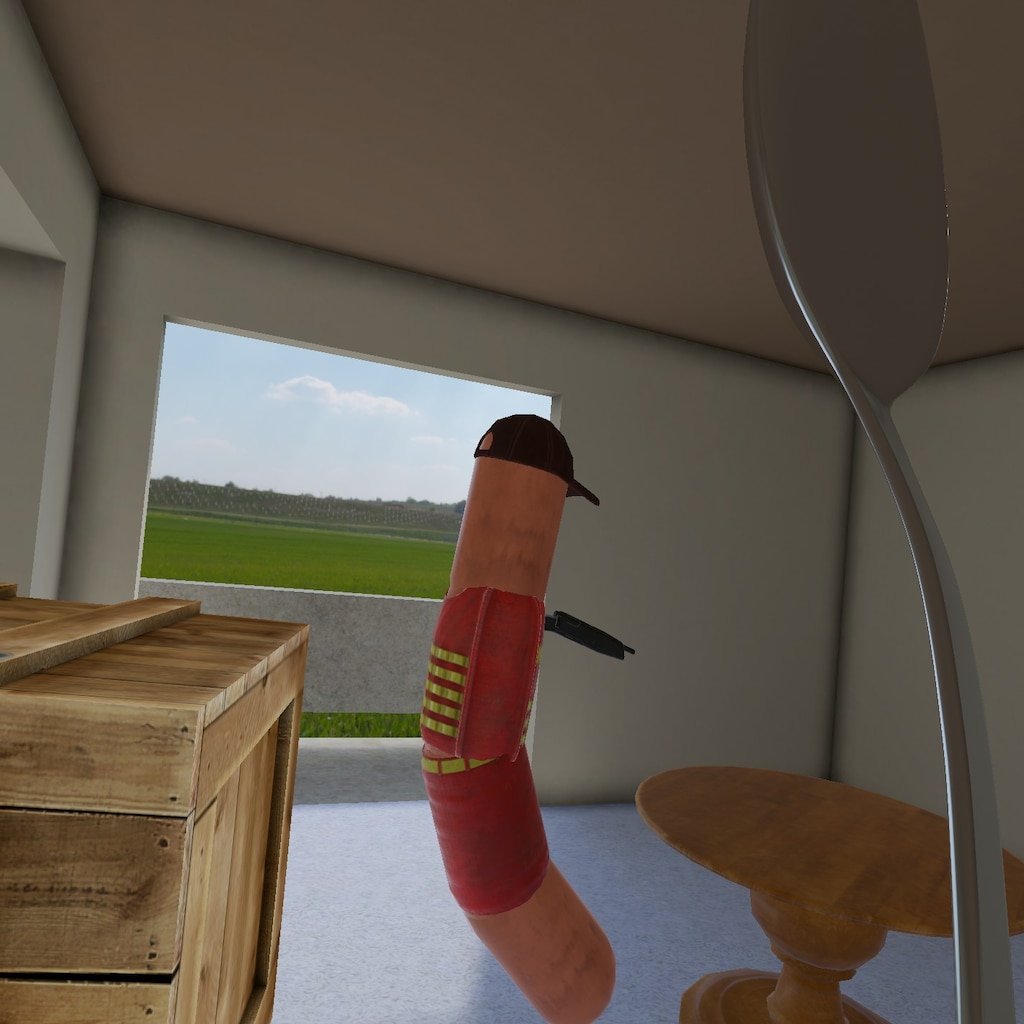 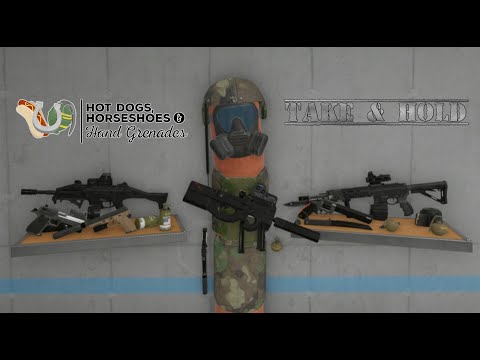 how to shoot gun
1. put bulet in gun 2. do something ( Iforgot what to do) 3. pullled the trigger it will boom :D Bang! 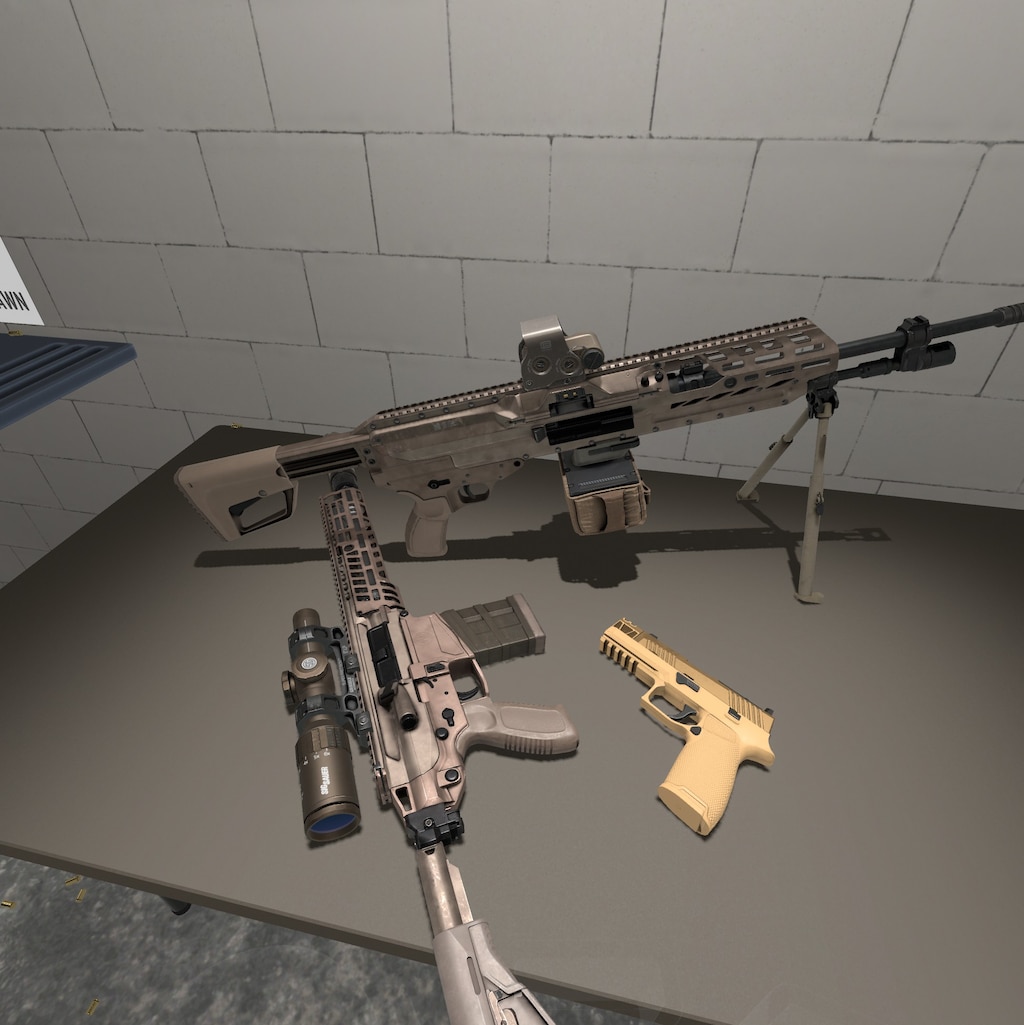 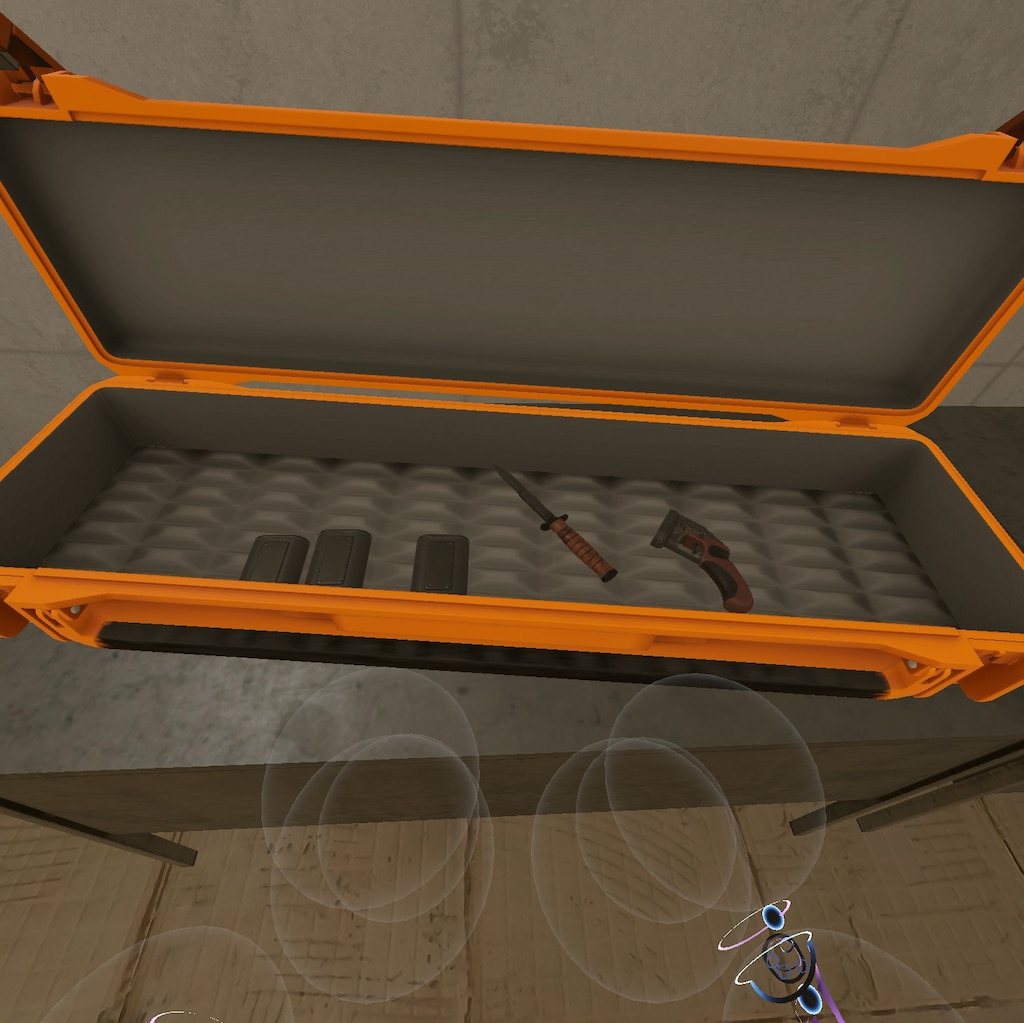 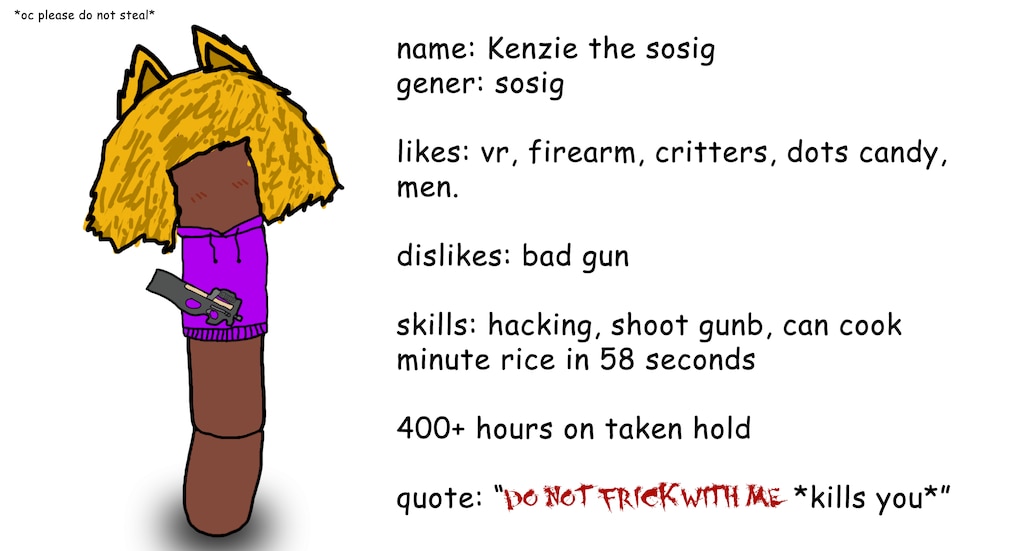 Recommended
2.6 hrs on record
Product refunded
Early Access Review
did want to hang myself while playing would rather watch logan pual movie

Not Recommended
0.9 hrs on record
Early Access Review
not a bad game, controls are a bit odd tho

Not Recommended
0.3 hrs on record
Early Access Review
Idk I just kind of don't like this game.
I don't like the movement.
Tried to load an LMG and it simply didn't work

We did it! That's right we FINALLY have another Main Branch Release for H3! This one's taken a good deal longer than originally anticipated, but that's often the sort of things that happens when one goes tinkering in the brains of one's Meaty Soldiers.

This Update brings some incredibly important functionality for the future of the game into practice, from the new Pathfinding, Perceptual Systems and Door Breaching capabilities of our Sosigs, Physics geo rebuilds in scenes to improve perf, new animation details to mags, to a better underlying versioning system to make development and updating smoother for our vibrant Mod Community. It's not as flashy as some of our past big updates are, but it's polish that'll make a big impact for the rest of the year.

As for what's up next, we're going to be cycling back to some content-focused updates for a bit. We've managed to build up quite the backlog of Wonderful looking firearm models that I'm excited to get into the game. We've got some Meat Fortress goodies to get in. And we're going to continue giving some of the older scenes in the game a much needed touch up and polish pass, to best take advantage of the way the game has advanced in the past couple years.

Hope y'all have yourselves a wonderful weekend, and we'll cya soon.

Hot Dogs, Horseshoes & Hand Grenades
562
42
Cappocolosseum games not ending
This was originally addressed before Meatmas, but unfortunately it doesn't seem that the bug that causes the games to never end was fixed. Whatever the cause is seems to be related to the spawning of the civilian elf sosigs and by extension the starting audio cue that plays at the beginning of a round. I noticed, and some others a few months ago, that the sure fire way to determine whether or not your game will end is whether or not the audio cue plays....
2

Kiindonil
14 hours ago
Bug Reports
Hunting
Hi! So this is a really random thought I had while watching a hunting video, has there ever been any thought to adding maps or "gamemodes" where you hunt deer or duck and so forth? Obviously it's not for everyone but I feel like it would be something to think about if it hasn't been thought of....
7

Hope you're all having a fun (and minimally confusing) April Fool's day. While many companies choose to celebrate this day by pretending they're going to do something big and stupid, we here at RUST LTD. pride ourselves in ACTUALLY going and doing the stupid thing. And so it is my honor to present to you this small collection of... utterly stupid firearms befitting this Holiday. I hope you all enjoy them as I much as I did implementing them.

Remember that this release is on the Alpha Branch. You don't have to swap branches if you're on Experimental already, but if you were on mainline waiting to migrate over once mods were ready, you can swap to Alpha now. If you have any questions about making sure you have the right version of things, slide over to our discord and ask in the modding channels.