This user has also played as:
Sasha Kishko Community Contributor
930 XP
IRL, I'm a translator. If you need something translated to / from Hebrew or Russian, contact me.
View more info
Currently Online
Badges  146

All bonus thought XP and $$$
By Xander77

Walkthrough and decision guide.
By Xander77

How to easily defeat Mr. Shakedown for fun and profit
By Xander77 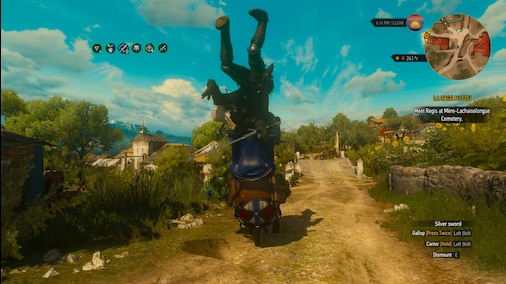 Another fine mess you've gotten us into. 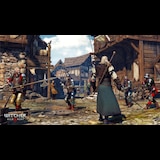 The Witcher 3: Wild Hunt
Things that would be helpful to a new player. Not a replication of the tutorial, nor a complete walkthrough - just stuff that will make your life easier if you know beforehand.
Review Showcase

Disco Elysium
175 Hours played
What is this game all about?
First, I'm going to explain what it's not.

It's an RPG, but you're not the Chosen One out to save the world.

It's a detective story, but it deliberately breaks every rule of the "fair play" murder mystery.

It's an adventure game, but you never have to click every item in your inventory on the environment.

It's a neo-noir modern fantasy allegory, about an irreparably broken world and a seemingly irreparably broken protagonist. First and foremost, it's a story about repairing yourself, before possibly getting a start on fixing the world around you.

What's good?
The writing. It's good. It's good writing by modern novel standards, which makes it great writing by genre standards and outright unbelievably great by videogame standards. It touches on politics, psychological malfunction, abuse, colonialism, police procedurals, slapstick comedy, and transcendental spiritual experiences. And it nails just about everything it goes for.

What's bad?
Some of the mechanics are a bit obtuse. Also, a fast-travel option couldn't hurt. I get it - an NPC that I feel compelled to work with is very hard and annoying to reach. It's a metaphor. But I'd still pay for a "portal between the container and the bar" DLC.