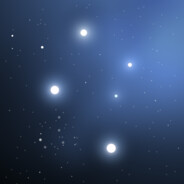 Any community that gets its laughs by pretending to be idiots will eventually be flooded with actual idiots who mistakenly believe that they're in good company. - DarkShikari

Who are we? We're a family of furries that run servers and events for other furries as well as anyone in between! Don't let our name fool you, we're not a Christian group, we're named after the Southern star (Crux) constellation! Why? Attracts less trolls and ... the owner is a Crux. We run game servers for all sorts of games, either hosted by us directly or some very smart and trustworthy others. Our group is supported by the many wonderful people in it and continues to grow to this day. Our website aims to be the best website a gaming community can have, featuring all sorts of helpful information, tools, fun stuff and more. And finally, we don't aim to be the biggest group, just the best. Would you like to join us? Send in an invite!
Would you like to join?
Send in an invite! We'll accept it ASAP.

Oh, also you should join our Discord![www.scg.wtf]

More information
You can learn about us, our servers and anything else you need to know at
our website![scg.wtf]

Servers
All of our server info can be found here![scg.wtf]


The website[scg.wtf]
The servers[scg.wtf]
Welcome to SCG![scg.wtf]
VIEW ALL
POPULAR DISCUSSIONS
VIEW ALL (1500)
RECENT ANNOUNCEMENTS
FWA 2022, we'll be away for a week!
May 3 - {SCG} Poe Stallman | 1 Comments

Hello everyone! I wanted to inform folks that myself and a number of SCG staff are headed to Furry Weekend Atlanta this week! Because of that, it'll be a little quiet on the dev front. Folks are still welcome to inform me of any issues, the best way to reach me is via me telegram, "Rowedahelicon".

There may or may not be an FNG this weekend, depending on who is around, though folks are still welcome to hop on regardless! We'll see you all next week, and if you happen to be there, perhaps we'll see you there!

You can view this and other news posts here, https://steamcommunity.com/groups/southerncrossgaming/announcements/listing

This message has been brought to you by SCG - A furry gaming group under the stars!
https://www.scg.wtf (It means, with the furries!)
Read More
April 2022 : Map test, details within!
March 31 - {SCG} Poe Stallman | 0 Comments

Hello folks, here we are again for an SCG map test, however we're doing things a bit differently this time! Rather than have try and have a single map test event night and adding in what feels good, we'll have a few initial map events, weed out maps that are objectively unplayable, and keep the rest on rotation for the proceeding future. Then, as we go along, we'll strip out maps that just aren't popular and those that are will remain in rotation longer.

Additionally, we now have a ton of metrics regarding what maps get played the most, as well as the overall ratings of a map, as we go along adding more into our rotation[www.scg.wtf], we can strip off those that are not just unpopular, but also grossly overplayed, this allows us to have more diversity in the map selections.

Finally, the general "rules" for map nominations will be heavily relaxed for now. Anyone can pitch any map they'd like to be considered in a map vote and we'll give it a shot. Of course, if they're joke maps or generally unconventional maps, they probably won't make it, but I don't want to rely on initial interest for maps for now while we work on getting more folks active in the community!

The current list of maps up for consideration can be found here, you're encouraged to reply there, but you can reply here as well! https://www.scg.wtf/jb/d/7065-april-2022-map-test-details-within

You can view this and other news posts here, https://steamcommunity.com/groups/southerncrossgaming/announcements/listing

This message has been brought to you by SCG - A furry gaming group under the stars!
https://www.scg.wtf (It means, with the furries!)
Read More
VIEW ALL (3)
STEAM CURATOR
SouthernCross Gaming reviews
"Our community is a gathering of gamers from around the world, so our tastes are quite diverse. Just don't pay attention to the fact we're furries...wait. Who said that?"
Here are a few recent reviews by SouthernCross Gaming