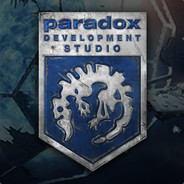 Our official Steam group. We are the makers of these games:

Please join us at our official forums: forum.paradoxplaza.com - for more interaction with other Paradox fans and our developers!

Our Twitch.tv channel is very active - Please check in regularly when we showcase our new games! https://www.twitch.tv/paradoxinteractive

Hearts of Iron IV will be the newest version of one of Paradox’s best selling series. Players can guide any nation in the world through the trials and terrors of war. Draft elaborate battle plans as you hop across the Pacific or push deep into the Eurasian steppes. Build diplomatic coalitions that will turn into an iron wall of tanks and aircraft. Research cutting edge weaponry and industrial technology, and give your army an edge in the destructive conflict to come.In a video introduction to the series, the development team behind Hearts of Iron IV explains their vision for the game.

Hearts of Iron IV is designed to be the most complete grand strategy game about World War II yet made, and dares players around the world to take the reins of power in humanity’s darkest hour.

It has been a long voyage, most of it cloaked in darkness. But planetfall is in sight – a new franchise will establish itself on Planet Paradox. Stellaris will be released on May 9, 2016.

Stellaris is the new science fiction strategy game from Paradox Development Studio, the creators of Crusader Kings, Europa Universalis and Hearts of Iron. This will be the first strategy game from PDS that is rooted not in the past, but the future, as you guide a species of your design to power and glory in the depths of space. With randomly created opponents and procedurally generated star systems, no two games can even play out the same way.Our new trailer has never before seen game footage including starships massed for combat, the galaxy map and some of the most beautiful stars in the universe.

Metaphysik May 22 @ 7:31am
The rantable Fleets have bugs when the owner of the Fleet is gone away from the sassion and the renter are united whith the Player - So the Rent - Fleet continues to exist and can't remove frome the Game. That's very problematic - corse the are vary expansiv and blockt fleetslots ...

Pri₦c€_Θḟ_₳mb℮ℝ Oct 23, 2021 @ 1:55pm
Why there is russia in 867 in place of Kievan Rus?
And why Kingdom of Galich promotes to Russian Empire?
Developpers should better study history and fix this promblems.