Dominate the classical Mediterranean in Imperator: Rome, a grand strategy game from Paradox Interactive. Navigate the dangerous waters of politics and diplomacy as you build up your provinces and conquer foreign lands. Now available with special content and the digital artbook.
-75%
$39.99
$9.99
Visit the Store Page
Most popular community and official content for the past week.  (?)
This or CK3?
For context,from paradox stable ive only played EU4 and enjoyed it much.What would you think be better to get next? Both game are on sale,but this one price is very low at 11$,while other at 45$.Money isnt an issue,just this huge disparity tells me that something wrong here? Why would they drop price so much for this title? Anyway,if anybody here play/seen both,I'd like some feedback.Thanks....
17

Building Guide for 1.5
This guide aims to determine what buildings are most optimal in Imperator Rome.
151 ratings

UnicornPoacher's Shiny Noob Imperator Guide
Howdy fellow armchair generals, I am back for some ancient monkey-stomping shennanigans, Paradox-style, with a guide for Imperator Rome! And boy for you skeptics out there, with the recent major improvements from the Cicero update, now is not at all bad ti...
141 ratings

300+ tips for new (and older) players
Over 300 tips for new and new-ish players. It will help you understand the mechanics and start enjoying the game. For those who want to see the knowledge applied I have several Youtube series of varying complexity that will show how it is done. http...
146 ratings 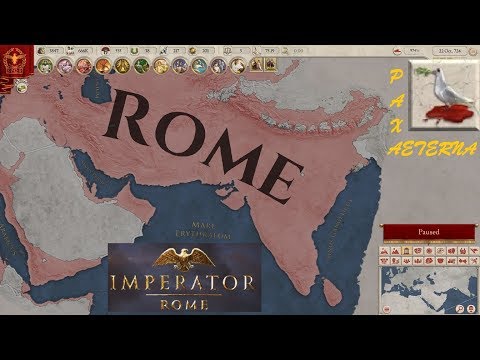 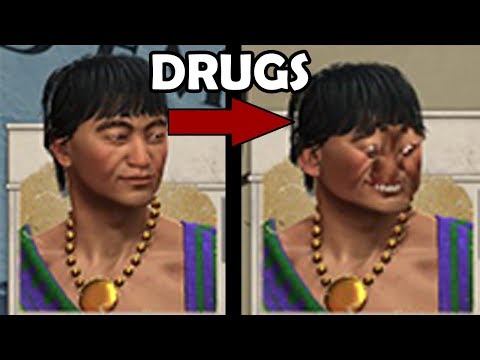 Levies 101
This is a short and concise guide that covers the basics about Levies. This will answer questions like "How do I increase my number of Levies" or "Why are my Levies loosing men."
47 ratings 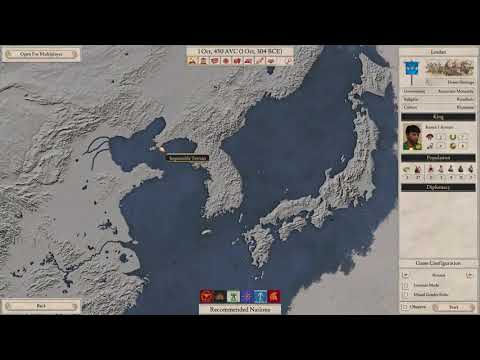 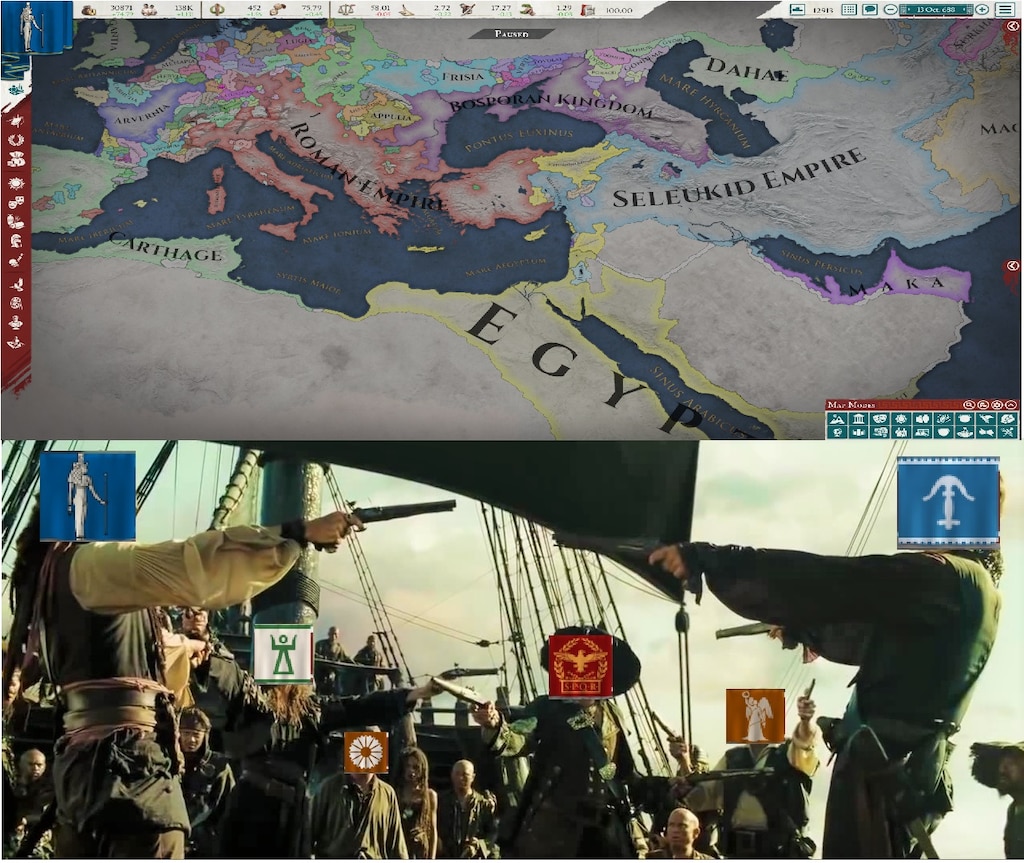 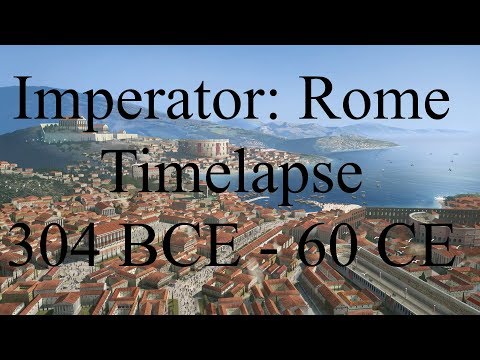 0
0
When you find out why your provinces are disloyal

Recommended
140.4 hrs on record
When Imperator was announced I was pretty excited for Paradox to do a spiritual sequel to EU Rome. I preordered the game, and was disappointed by the release. Contrary to other reviews that say Imperator was total garbage at release, its main problem was that it was more of a bland copy than a sequel. A lot of mechanics were imported straight over from a game that was over a decade old at that point. There appeared to be little effort to refresh and update the mechanics to create a new game that really built on the strengths of the original. And game sales really suffered for it.

Paradox acknowledged the problem, and to their credit they've overhauled much of the game in the two years since release through free patches. Whole mechanics reworked and improved. Imperator is a much better game for it. That said, there are still many systems that need fixing, like trade, and the game has received no paid expansions, just some flavour dlcs. Also Paradox recently indefinitely suspended development on the game, likely because of poor sales. They say it's not dead, but this isn't a good sign.

However, Imperator in its current state is honestly worth playing, especially since it can usually be acquired at a steep discount in a sale. If you like Paradox games and classical antiquity, you'll definitely have fun with it. Basically it blends a light version of the Crusader Kings character system with EU's country management, but with more focus on conquest and empire building. It's Paradox's most visually pretty map too. The Bronze Age mod for it is fantastic, and should keep getting semi regular content updates even if official ones are not happening. If you were interested in Imperator but scared off by the bad reviews, now's a great time to revisit it. 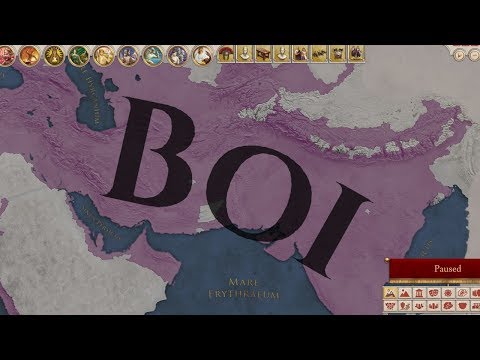 Recommended
117.7 hrs on record
Unloved and abandoned, yet most promising Paradox child. Went through a winding road, but after 2.0 'Marius' update it's really a gem, full of interesting mechanics waiting to be discovered and modded for greater good. The game is delivering a really good and engaging experience and as a Paradox player since always (EU in 2001) I can sincerely recommend it. Currently it's one of the best - if not the best of - Paradox titles and it's a striking irony that its development was ceased just as the game was reinvented, saved and should jump int the great wide open of expansion dlc's, content packs etc.

Not Recommended
52.8 hrs on record
I was totally brought into the idea of Imperator as sold by Paradox. But present Paradox is not the same company that brought out EU1 and for whom i did alot of testing in early 2000s. Right now they are a business for profit and pump out DLCs and turn games into cash cows.
this was the fate of this Imperator that they were not happy with small to medium fanbase for it. It wasnt worth the profit for them so they abandoned it. 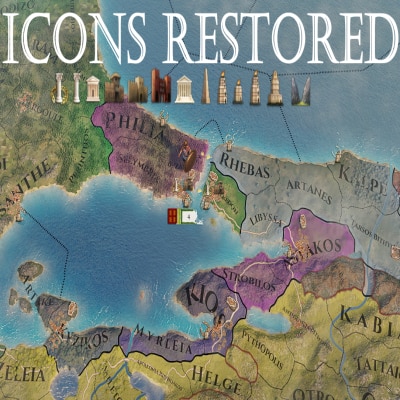 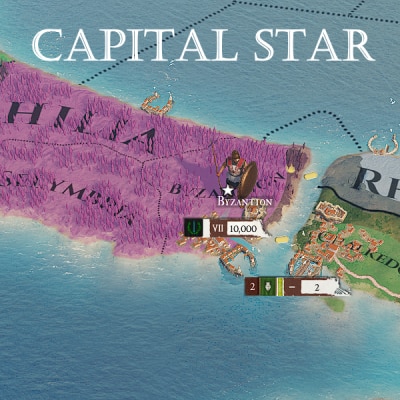 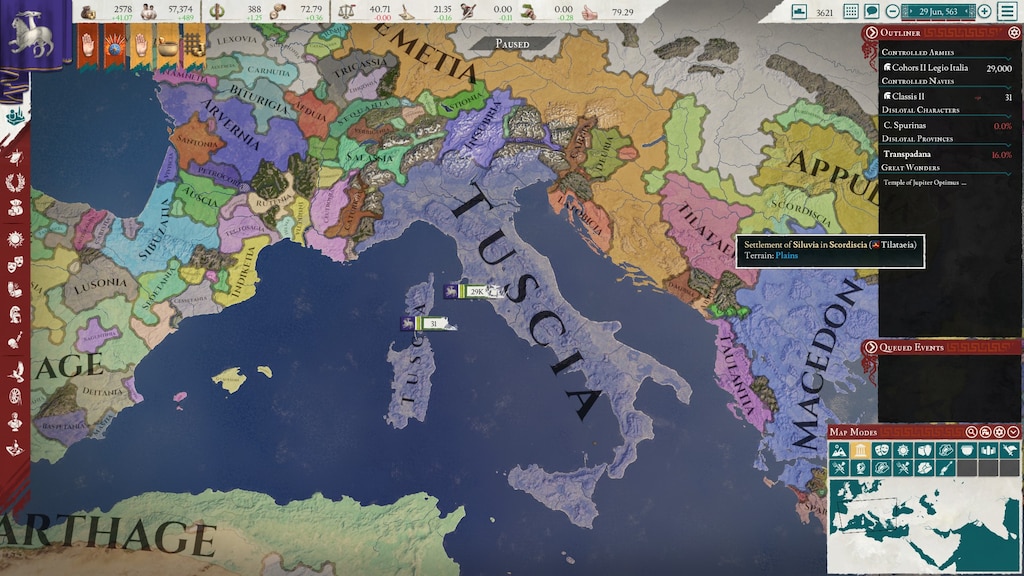 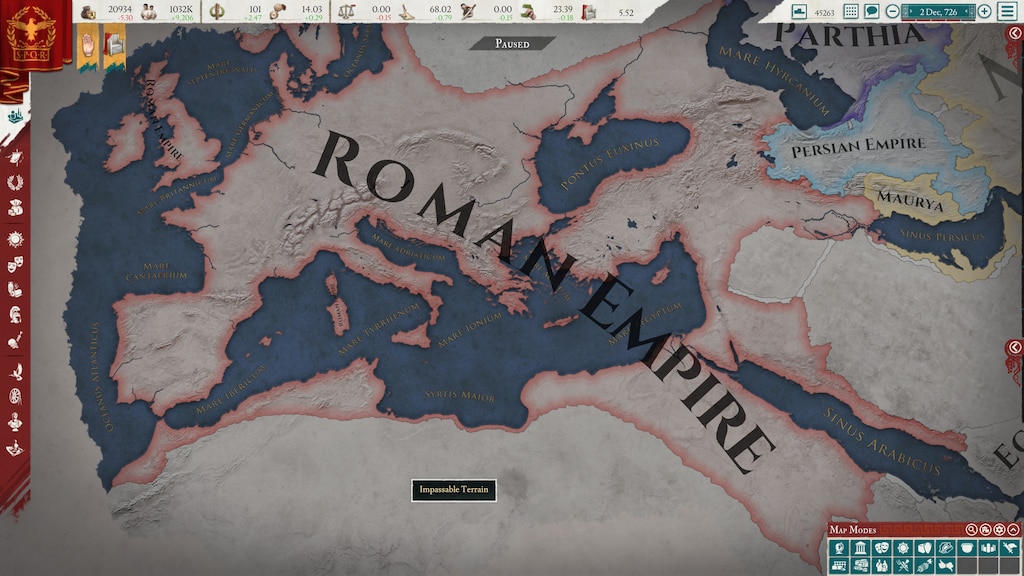 0
0
From the sands of Mauretania to the wild steppes of Scythia, from the banks of the Nile to the windy shores of Hibernia, Rome has conquered. 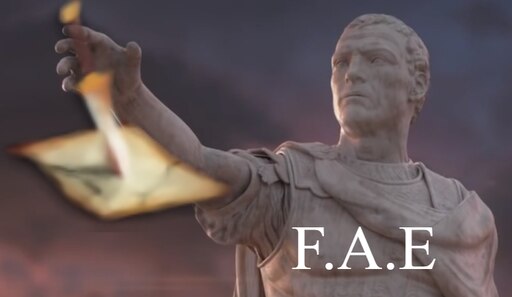 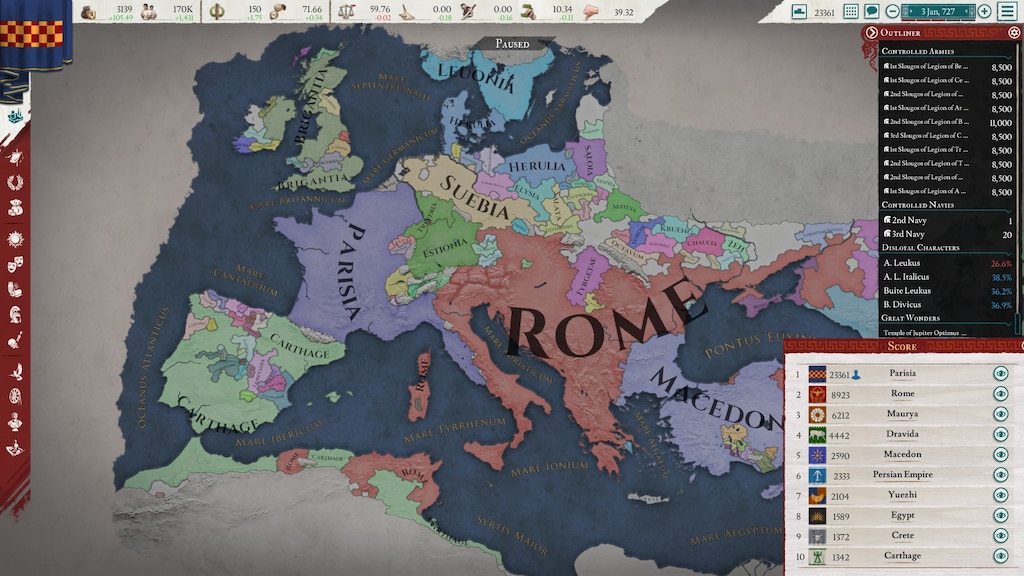 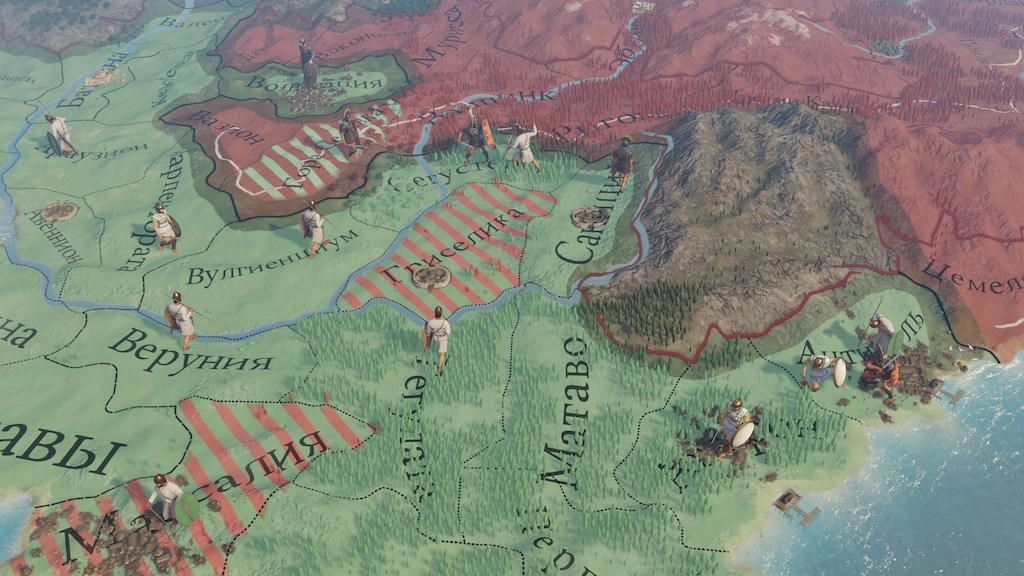 𝕄ℝ_WERWOLF_ℍ𝔻
View screenshots
Achievements don't work, don't bother trying
That's all folks. I give up. Pretending they never existed because who cares anyway.
10

Fozzforus
3 hours ago
General Discussions
423 players
Abandoned game. Wish I could get a refund.
78

NemoNobody
13 hours ago
General Discussions
New negative reviews are the nail in the coffin for IR...
I bought this game on launch, it had some troubles, the experience wasn't great, but still, the setting made me give it 80h or so. I was patiently waiting for 2.0 as I knew they are working on so many new things and they want to give IR a new life. And 2.0 was amazing - I believe I never had so much fun with any PDX game before as with 2.0 Imperator. I even preferred to play Imperator over CK3 after new updates/DLC. From the perspective of an outsider, IR started to look very solid after they have release...
136

wcis
Jun 11 @ 11:20pm
General Discussions
How to kickstart Rome's economy?
How to build a strong economy in this game? I know this has been discussed before, but the older threads I have found have not helped me much. As Rome, for example, I start with a low income, ranging from slightly negative to about 2 gold per month. With this income, I need to wait for a very long time to be able build anything, leading to an economy that stagnates long-term, even as I expand. Expansion has not helped me much, in my various games, to strengthen my economy either. So how to deal with this?...
6