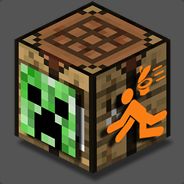 mIKe's ReVeNGe is a supportive online community of friends, gamers, and digital artists. We provide that community with the tools needed to network, communicate,and formulate,and we intend to one day grow large enough to attempt a massive coup de gras of the american government as the first step in our plan of total planetary domination.

We intend to run a strong and fun gaming experience for all!!!
Once you join, you'll never leave!!!

I'm not sure how many of you are even active on steam anymore, but I'm here to say that mR is still alive.

After the HL2:DM server was obliterated by the orangebox update we started to drift apart. We survived by going into different games altogether, mainly minecraft and Garry's Mod RP. Several years later and we're still alive if only barely. A few close knit friends who stuck it out through thick and thin. We've lost some along the way but we've also met many new ones in our travels across the game-a-verse.

I believe that mIKe's ReVeNGe will be around for a long time, but I think that our era as a HL2:DM server died with the orangebox update. We have since moved on to different places and have become scattered, but I think now is the time to decide our new centeral home. The one place we can all go to, a place with life and a chance to grow again.

My suggestion's are up for speculation, as are yours. Speak your mind.

I firmly believe that Garry's Mod may be our new frontier as a community, it's playerbase is high, it requires almost no additional content (Depending on the gamemode we choose) and is easy to play. Not to mention that it's cheap and has been optimized to work on almost any decent computer.

The basic idea is that instead of all seperately working on different projects, we pool our ideas and work on a single server. Once that one server is at it's peak we can move to another and improve on that one, so on and so forth.

The best place for us to start again as a community is (in my mind) DarkRP. It's clean, fun and easy to manage. It's also simple enough that we don't have to be total hard-ass admins and moderators, players can be themselves and not worry about being banned or kicked for simple things (Obviously stuff like unending spam or other dumb stuff would result in a kick or a short ban) and would be free to enjoy themselves.

Please don't look at mR as a dead community, we're simpily looking for a new place to call "Home". Please give me your thoughts. (I'll also post this on the forums for ease of access).

Join us for a game of cards tonight, 7PM EST.

zephyr Sep 5, 2021 @ 8:13pm
is there any active MR servers anywhere? used to be active on the old mc servers fkn yonks ago lol simpler times

Nigel Farage Jan 22, 2020 @ 9:20am
Long shot... but does anyone know what happened to my bro georgecreeper from the survival minecraft forum? I miss u m8

mr pringle Oct 22, 2019 @ 8:30pm
I remember sitting in math class in high school thinking about my base on the hl2dm server. I was so into that server, it consumed my life. I really do miss those times, it was fun. Will always remember.
< >
VIEW ALL (386)
GROUP MEMBERS