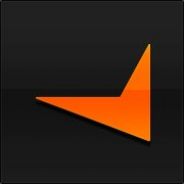 FACEIT makes it easy to compete in your favorite games. We host over 500 tournaments per month games such as CS:GO, Dota2, and League of Legends with awesome prizes.

We are looking for your feedback about the maps played on the FACEIT platform. Due to the recent changes from valve in the official map pool we thought its time for a fresh map pool picked by the community! If you would take 30 seconds to complete this form it would be appreciated!

You can vote using the link below:
Vote Here[docs.google.com]

We previously presented Team Dignitas, Team-LDLC.com and NiP Gaming to the FACEIT League and now we introduce the remaining three invited teams, who will compete for the $50,000 prize purse during the next coming months.

Virtus Pro stand as defending champions in the FACEIT League, as they toppled Team Dignitas in the grand final of the previous season. They will rejoin us again this season! Titan, who managed to snatch a third place in the FACEIT Spring League, will also join the list, while the final spot will be occupied by Fnatic.

If you wish to join this illustrious list, be sure to take your chance! The final two open qualifiers take place this weekend. The top two of each will be placed into the Qualifier Finals, with ten other teams to fight for the two final League spots.

☢Zivan☢ 2 hours ago
4 REP INSTANTLY!
ENG: Copy&Paste one of these OR write whatever you want and I will rep you back 100% i'm online now
RU: пишете что-то из списка ниже , и я вам пишу что захотите я щас в онлайне :))