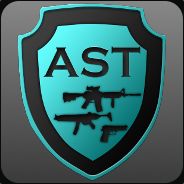 Welcome to the official Steam group of the Advanced Squad Tactics Team.

We are focused on realistic and immersive gameplay in tactical first person shooters, like Arma2 and Swat4. We use game-independent real-life tactics and procedures to accomplish objectives while creating a realistic atmosphere. Teamwork, voice-communication and a mature attitude are mandatory for us during virtual combat. Still, we are not dead-serious in gaming; joking around has its place as well - that is, however, not in deployments.

Please note that not all members of this Steam group are actual AST members. Joining the Steam group does NOT make you a member of our clan.

Visit our website[ast.ucoz.org]
Find us on Xfire[www.xfire.com]
Check out our videos
VIEW ALL
POPULAR DISCUSSIONS
VIEW ALL (3)
RECENT ANNOUNCEMENTS
THE END
August 24, 2014 - Luis | 1 Comments

"For everyone who didn’t hear it yet: after 2 years of great gaming AST is closed.

First of all I want to thank all members, allies, friends and guests for their contribution to the team and for playing with us. I personally had a very good time. I regret nothing. And I hope we all stay in contact and keep on playing together in the future.

Second I want to talk about the reasons for this step. From the very beginning AST stood for realistic games with highly skilled players. We pushed realism concerning the combat environment and tactics far beyond what’s common in the community. This style lead to a, in my humble opinion, unique, great gaming experience. But it also required more effort and dedication. In fact too much dedication for most players. We knew that from the start.
Of course we could have lowered our standards to attract more players. But that would have destroyed the gaming experience AST stood for.
Now we have sadly reached a point where our members all together can not be active enough to provide said gaming experience. Hence we decided to close this team officially. Such a clear end is in my opinion better than just pretending to be something which is, unfortunately, in fact gone.

I personally have lowered my activity recently mainly because I’m more and more disappointed and frustrated about the “tactical” community as a whole. People use the terms “tactical” and “realistic” so often and in such ways, that they are completely meaningless. But I don’t want to rant here.
For the future I will probably put my focus on other games, maybe the combat flight simulation Falcon BMS which offers a great realistic, cooperative experience and requires less players. However I still might be up for some Swat or Arma now and then. And I’ll keep all servers running as they are, except that I’ll remove all links to AST.

Our team is now registered at http://armaclans.com/

This website lists Arma2 and Arma3 clans for people who are searching for a team to play with. The clans are ranked based on user votes. The more votes per week, the higher the rank and therefore the higher the chance that a player has a closer look at this team.

So if you like to play with AST, please vote for us once every day [armaclans.com]. You don't need to register or pay anything, and you might help us to attract more players so we can organize bigger events in the future.

PS: please play by the rules and only vote once per day. Using e.g. a VPN to cheat might have negative consequences.

PPS: you can vote as well by using the according button at the Arma Squad page Arma Squad Page [ast.ucoz.org]