Fight to survive on a mysterious alien planet, outwit its vicious inhabitants, and do whatever it takes to find a way off that wretched rock.
$14.99
Visit the Store Page
Most popular community and official content for the past week.  (?)
FAQ: Look here before asking questions!
Is this the flash game? No! Zombotron is a complete reboot of the series from the original developer. It's way bigger. Way more dangerous. Way better. Is this a sequel to the flash games? See previous answer. I've played this already like 5 years ago! See previous-previous answer. Is it free? No. This standalone Zombotron title is a substantially larger game, and can't be sustained on a free-to-play model. I want to talk with other Zombotron fans, where can I do that?[/b...
54

Patsotizen
View artwork
Tips, Tricks, and Boss Strategies!
Hello all! I asked a member of our team (Shoutouts to Ivan, "The Machine") to compile some tips and tricks to learn the ins-and-outs of Zombotron! If you're looking for load-out recommendations, having trouble with a particular boss or even just looking f...
43

Zombotron ~ All Secrets Locations ~
All locations of secrets inside Zombotron.
143 ratings 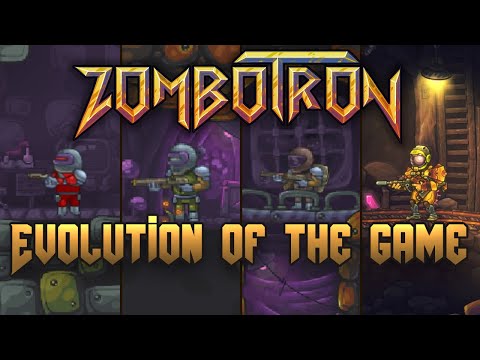 Wektrus
View videos
Zombotron is too easy.
This game is labelled as a 7-hours game if we don't dig too much to find secrets and 10+ when we do that. However, in not even 4 hours, this game was finished, with all the secrets (and I did restart a few levels to get them). I feel threatened two times
39 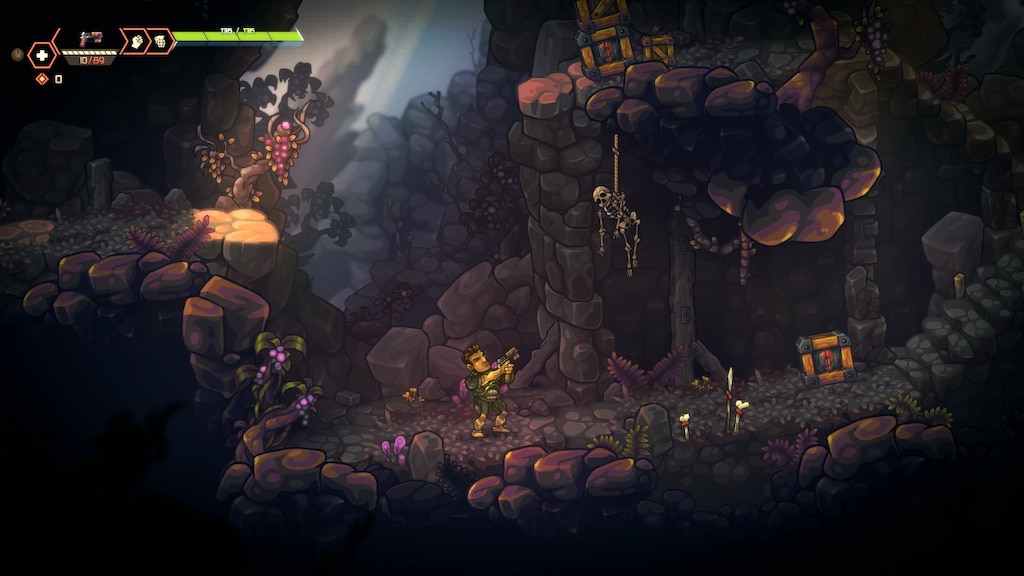 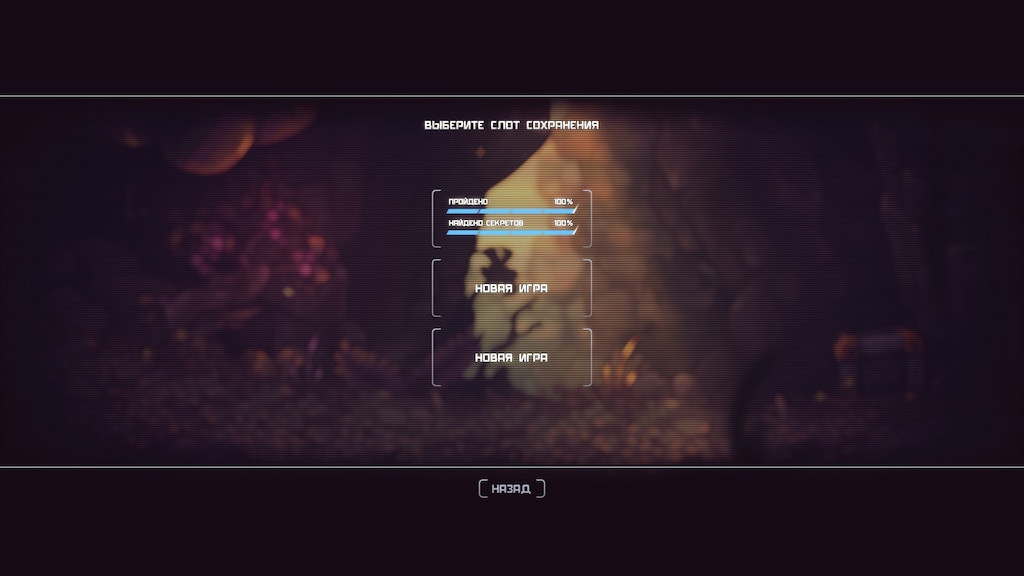 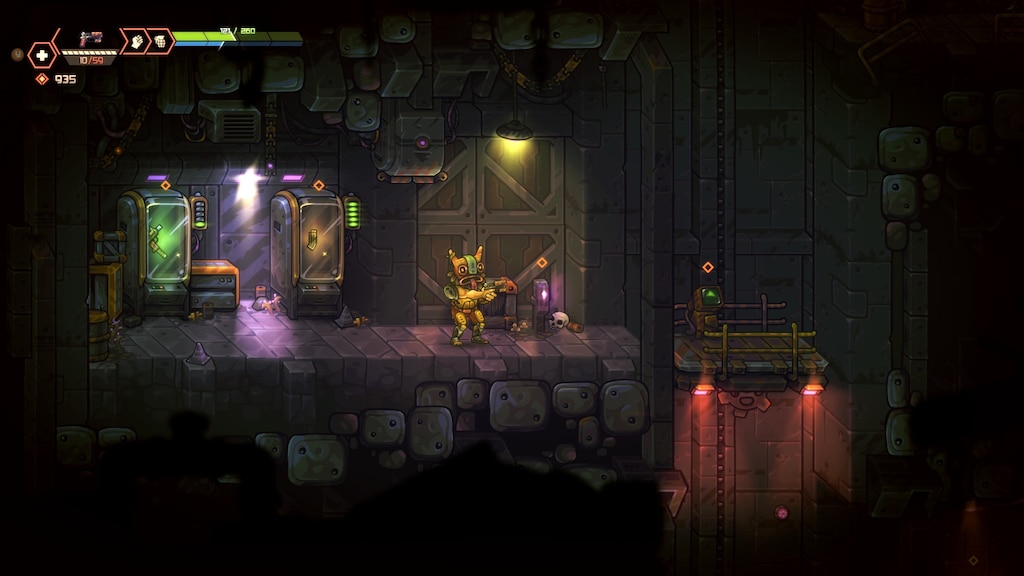 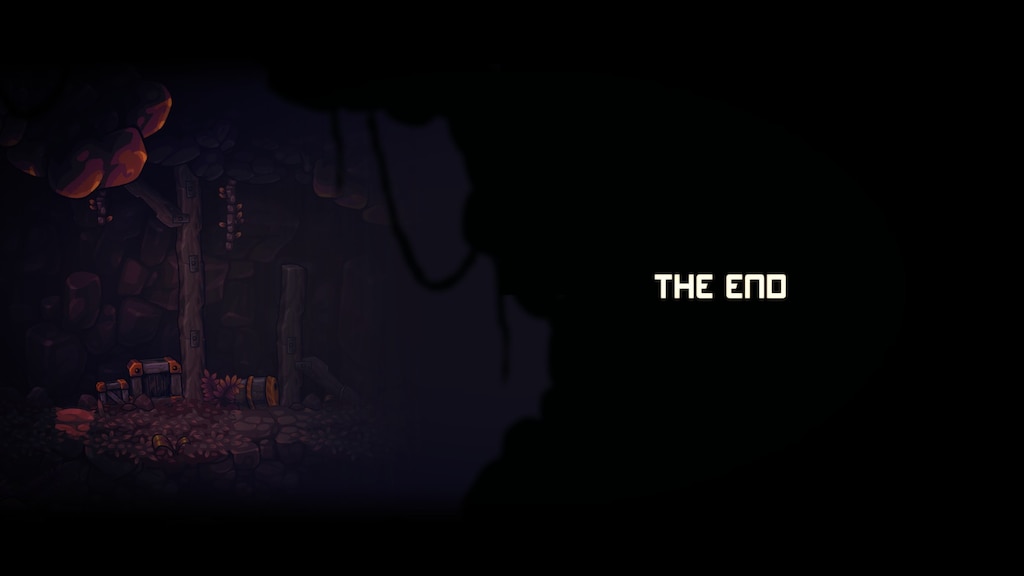 The Zombotron Armory
Guide to armor and weapons in Zombotron. Limited to screenshot snippets of what I've encountered in the game, so this guide will grow as I play the game more. :) Quick Reference List to This Guide Armor Typ...
33 ratings

BlackjackGT
View all guides
Local Co-Op / Multiplayer Question
I just wanted to know if there is ever any plans to add a local co-op function (or multiplayer in general) for this game? I buy mostly 2D side scrollers like this (anything resembling Contra, Metroidvania, Wizard of Legend, etc.) to play with my nephews (ages 6 and 10) either when they visit me or over Parsec when they are far away. And if there is ever any intention to include that functionality I would either pick it up now for the discount or wishlist it until later down the road. Thanks in advance....
32 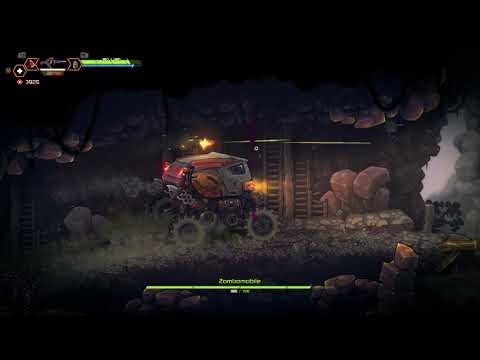 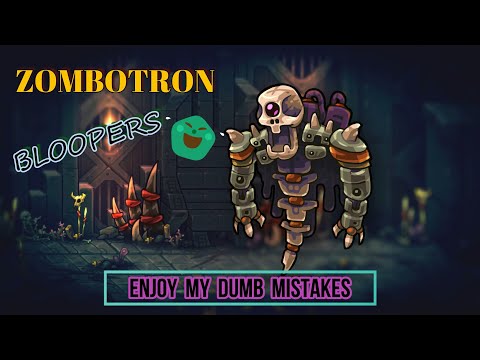 AnythingGoes
View videos
Cheat Codes?
Are there any cheats in Zombotron? I just want to relax, not to suffer.
30 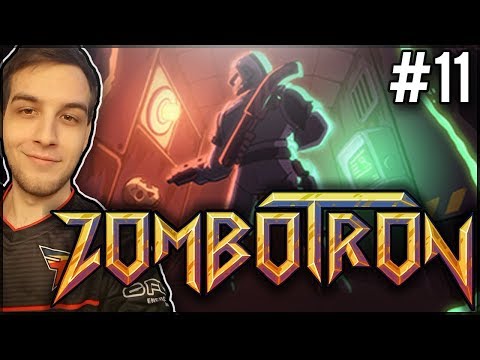 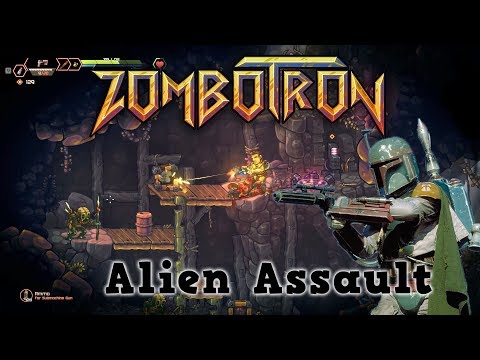 Extra challenges
Have you done all challenges? Found Every secret? Well so have i and thus have concocted a few extra challenges and boss guides to help you find that extra enjoyment in your purchase or help you with some bosses

mr.faus.to.daniel
View all guides
No one has rated this review as helpful yet

Not Recommended
1.2 hrs on record
My honest opinion? It's a downgrade from flash :(

Not Recommended
1.5 hrs on record
Product received for free
TRASH not only is this the most unoriginal ant karlov game ever created, the dialogue makes me want to shoot myself it's so cringey and literally every other mechanic is either unintuituive or just plain broken. Better off playing the flash games ffs another wonderful ripoff from steam

Not Recommended
4.8 hrs on record
Gave this game more chances than it deserved
- Aiming with the controller is terrible
- Clunky movement meaning getting stuck on debris, repeating same jump over and over because you need to get it just right to get kinda stuck on the edge and then your character climbs up
- When enemies get in your face your gun literally shoots through them as they chop on you
- Too many bugs - e.g. I bought rocket launcher 2 times and never got to use it due to bugs. At some point there was a store next to the boss - any time I bought the rocket launcher there it wouldn't respawn from the dispenser
- 'Jump puzzles' requiring you to jump on boxes/rocks/whatever to proceed. If they get destroyed/moved during fights you're pretty much required to restart the level. This would be fine for secrets, but not for the main path
- Yeah, stats/levels don't seem to matter. Enemies either barely hit you, kill you in 2-3 hits or insta-kill you (♥♥♥♥ you, yellow bots). Same with your own damage. It's basically an RNG fest with blocks, misses and crits (unless you aim for the weak spots)

Never played the flash version but I wouldn't see why you'd play this one for reasons other than nostalgia. Feels like the already short gameplay time is artificially stretched out by mechanics forcing you to repeat the same level over and over..