Praey for the Gods is a boss climbing open world adventure game where you play a lone hero sent to the edge of a dying frozen land to explore and solve the secrets of a never ending winter. Grapple, glide and grab hold of massive beasts as you fight to survive and return the world to proper order.
-35%
$29.99
$19.49
Visit the Store Page
Most popular community and official content for the past week.  (?)
Play time from start to finish?
How long does it take to beat the game in 1.0? I seen EA reviews saying 8 hours. So i can only guess 10 hours long at most? Yes, i shouldn't base games on their length but their quality, but for $40 AUD, i expect a lot more playtime. seems there no replay-ability as per the comments also, but they are EA as well though....
35 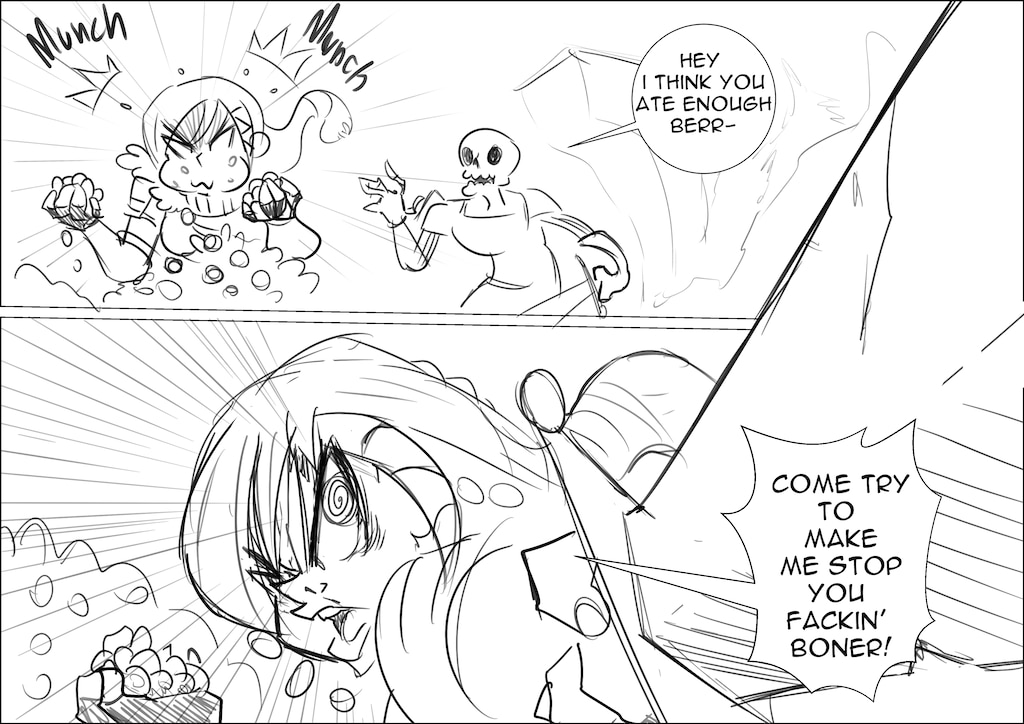 Praey for the Gods - Survival Guide [Revamping for v1.0 Full Release]
A detailed and expansive guide for Praey for the Gods, covering various boss strategies and collectibles, the items you can find and use and guiding you through the exploration of the world should you ever need it.
101 ratings

PhantomRaptor
View all guides
Is it Praey or Prey?
I'm confused. Steam lists it as "Praey for the Gods" but the promo pictures say "Prey for the Gods."
25 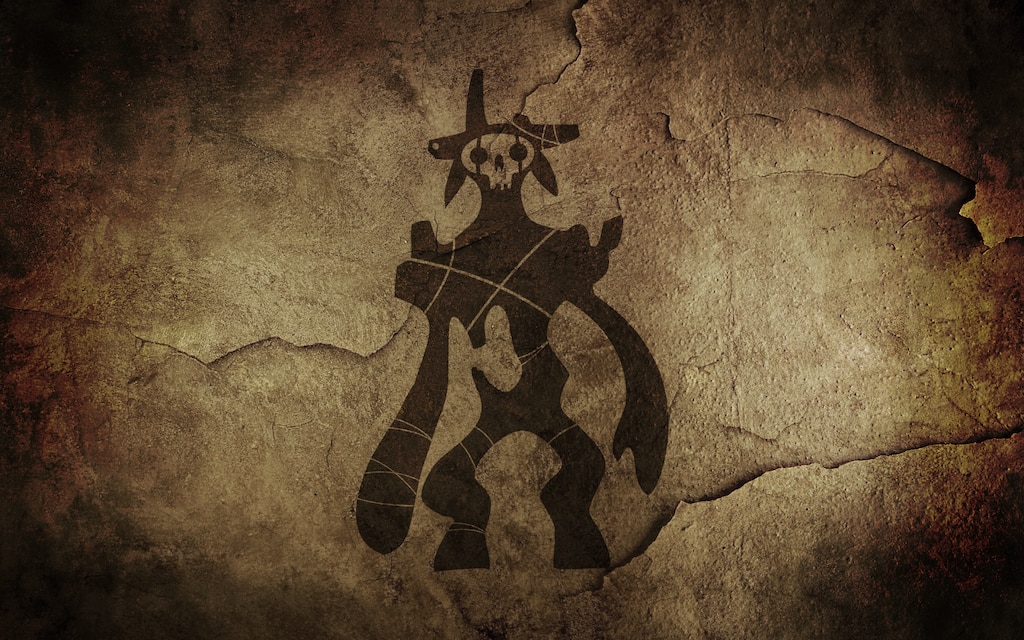 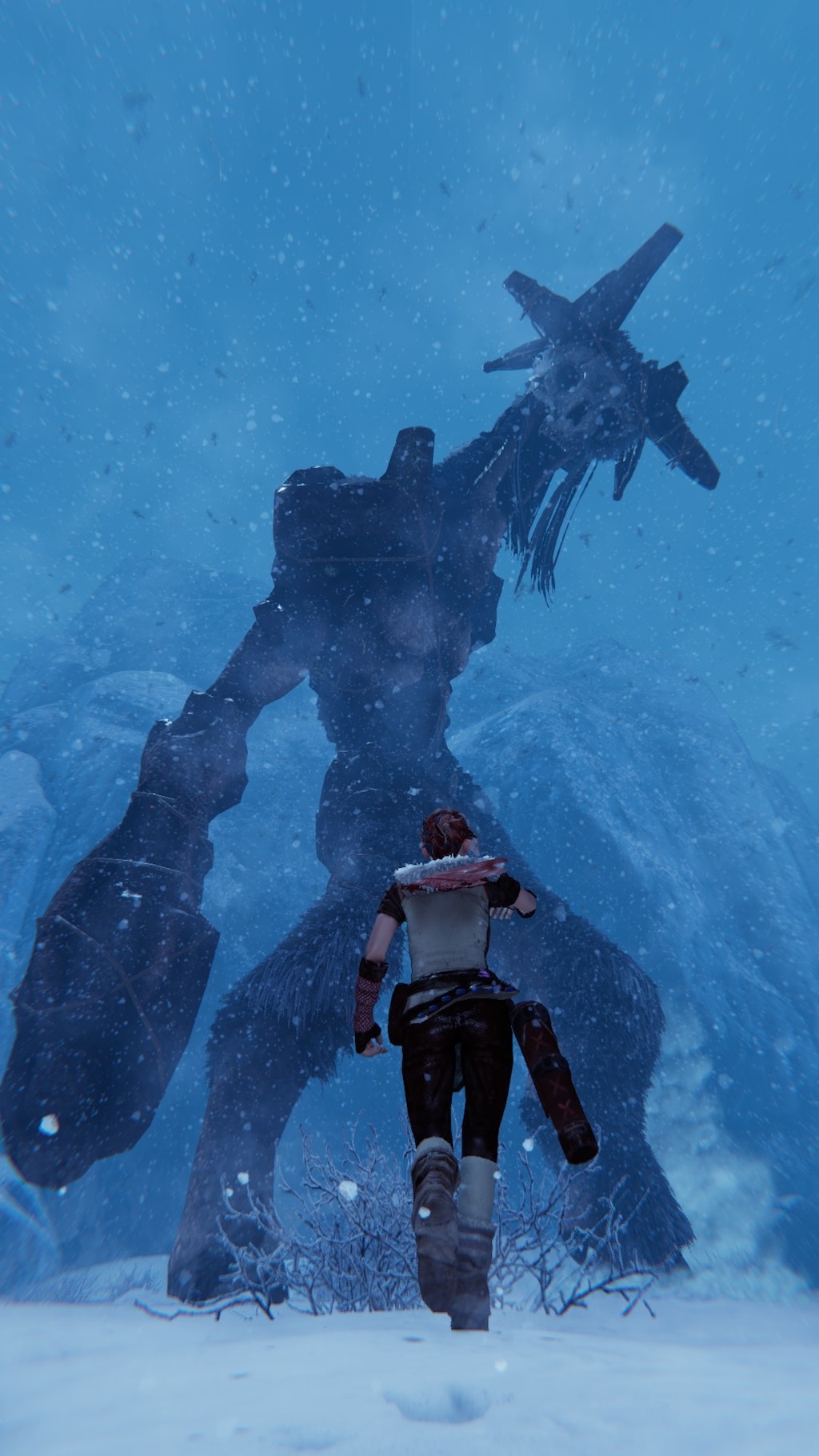 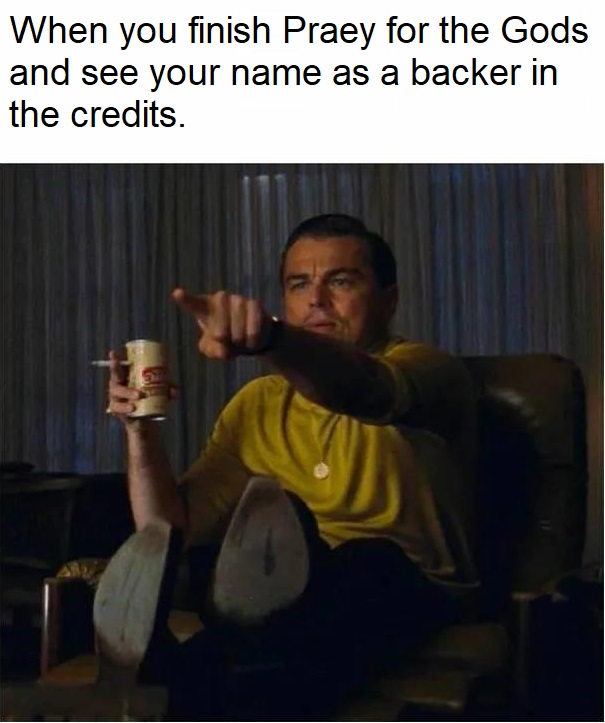 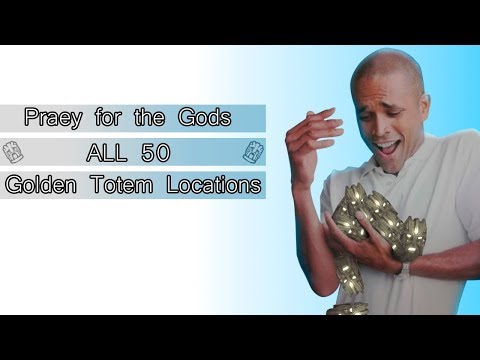 1
2
Praey for the Gods: All 50 Golden Totems locations 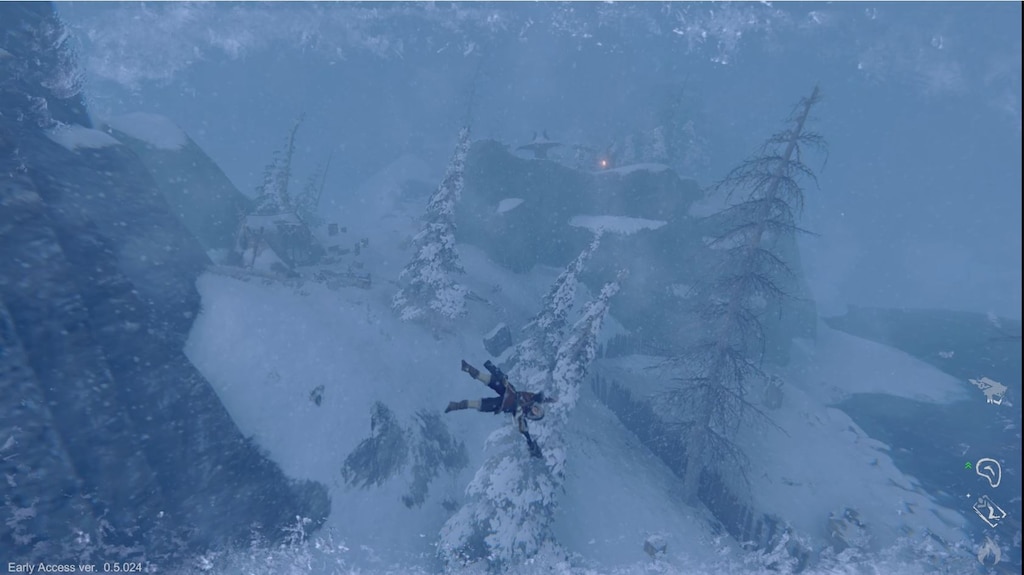 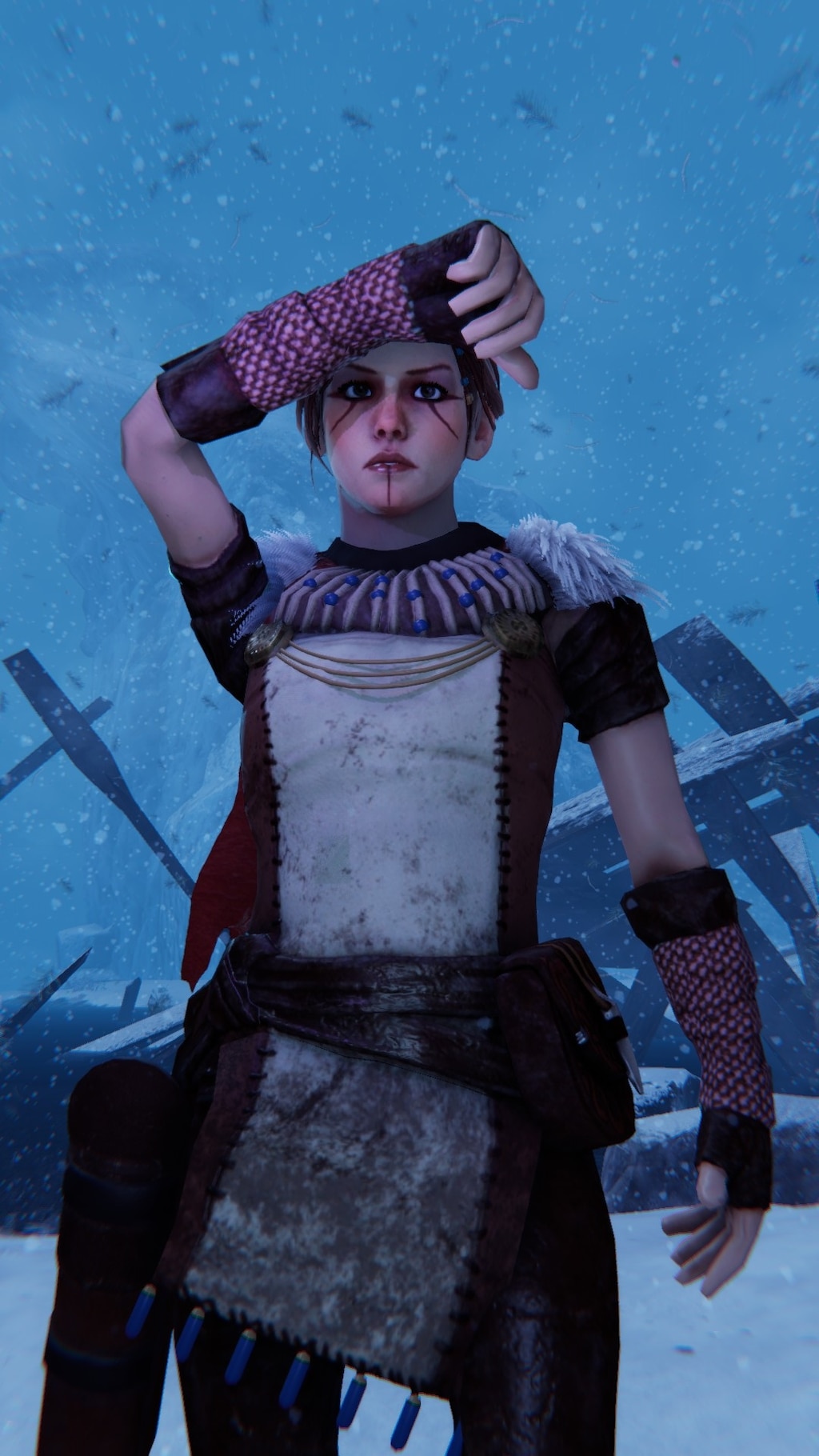 10 New Totems
In the release version of the game were added 10 NEW totems. In this guide you'll find their location on the map.

Lore Note Locations
This guide is here to show people where certain lore notes (added with patch 0.5.105) are located, if they have any trouble finding them. It is still a work in progress, since the game is still in Early Access and there might be more lore pages added i... 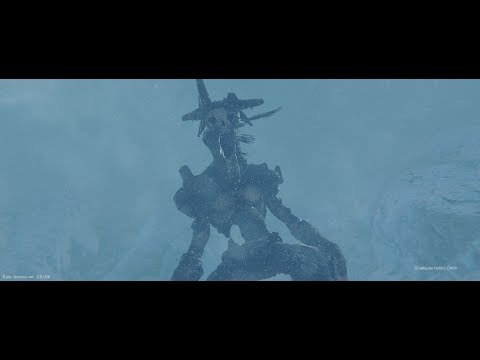 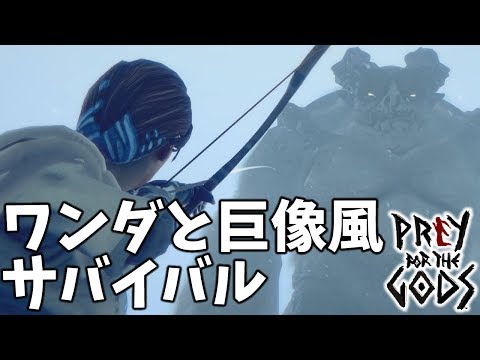 猫屋敷キッド@VTuber
View videos
From the Abyss!
Sorry for the silence, guys. We got our wires crossed for a bit about who was manning Steam Discussions, so here I am to answer any questions you have and to assure you, yes, development is still going! The devs are currently hammering away, putting the finishing touches on the last two bosses while working on the optimization patch that will, hopefully, put us into version 1.0. Sorry about the silence, and thank you folks for keeping your faith and excitement going!...
22 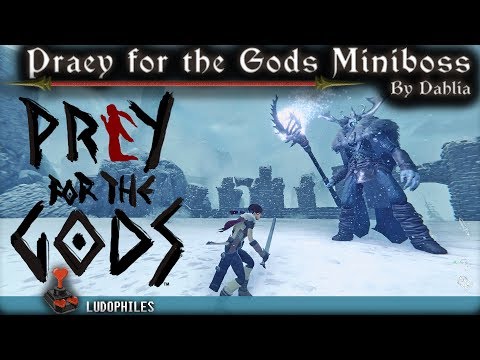 0
3
Prey for the Gods - Miniboss Champion/Guardian 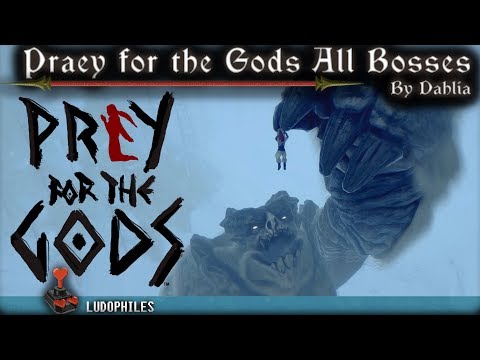 Recommended
22.5 hrs on record
For a game made by three damn people, this is really impressive and at the best of times, it's an experience that not only emulates but expands further on 'Shadow Of The Colossus'. Despite not reaching the heights of 'SOTC' due to some heavy pitfalls - particularly in performance which had me restarting my laptop at times to ensure that there'd be less frame-rate drops during bosses or even lengthy periods of exploring the world - and some small nitpicks like limited enemy variety in the open world, 'Praey for The Gods' excels and excites in so many other ways.

Firstly and arguably most importantly, the bosses are great. There wasn't a single one I didn't enjoy fighting, but that being said, not all are certainly made equal. The last two bosses in particular demand a whole lot more thought and precision than the previous bosses - not a bad thing whatsoever, but that depth was so refreshing that I couldn't help but wondering if the previous bosses could have also been imbued with those deeper mechanics. That's not to say the prior bosses are bad by any means - whilst standard compared to the late game, they're still incredibly fun. Nothing will ever top the feeling of clutching onto a few couple hairs on the back of some huge bird like creature or bull, frantically seeking ways of conquering it as you run along its back or leap for the next foothold as the music swells. And oh yes - on the music front, it certainly doesn't disappoint, although it definitely doesn't reach the sheer character and melody SOTC had.

But for all the comparisons I've made with SOTC, 'Praey for the Gods' actually presents far more than just boss slaughtering - bringing elements of BOTW and general survival mechanics into the mix. The open world, whilst yes, relatively basic with no side quests bar collectibles, still remains compelling to explore. The world's presentation, from its deep caves to sky-scraping peaks and scatterings of rugged and abandoned architecture, constantly intrigued and compelled me to explore them further, where I'd find secrets and tidbits of lore to discover. Different armor sets and totems that expand upon your health and stamina can be found, providing further impetus to explore beyond the initial intrigue the world itself simply relays.

And depending on the difficulty you play, the world's harsh winter and blizzard system will constantly apply a pressure onto you that has you seeking out these gear sets and totems. I HIGHLY recommend playing on 'Boost' difficulty for the survival aspect alone, and would then also recommend playing Hard/Legend for the actual difficulty level. But certainly playing on 'Boost' and 'Legendary' difficulty had me scrambling for survival in many cases - with non-regenerating health and cold resistance, I was constantly pushed to hunt, scavenge and keep myself not only alive per se but in good enough condition to face the bosses I'd be travelling to. I found this extremely fun and satisfying - instead of just riding through a pretty world and solving perhaps a few environmental puzzles to get to a respective boss like in SOTC, the world in 'Praey' constantly pushed me, keeping me on my toes. Each survival meter - hunger, fatigue and cold resistance alike, plays into one another. Unlike how I felt with survival mechanics in some other games, I honestly felt the need to always ensure all three of them were filled, especially in the context of Boost difficulty. If your hunger meter is fully depleted (i.e you're more hungry), your stamina doesn't recharge as fast. If you're fully fatigued, the wait time for your stamina recharge is much greater. Lower cold resistance deals passive damage to you as you explore the world - that increased damage can chip away at your fatigue, leading to compounding effects between the three, that therefore constantly have you seeking supplies and gear to counter this. I really did love the game's incorporation of survival mechanics and its open world, seeing it through to 100% completion. Whilst yes, it may aggravate some players as many have found the actual controls to be clunky and the control of the character itself a bit floaty, I still recommend playing on higher difficulties to experience it. But at least those not satisfied with it can opt for easier survival difficulties specifically whilst still playing on higher game difficulties, if they're just looking to fight the bosses.

The last thing I'll touch on is the gear specifically and control of the character. Whilst yes, the controls can be a little clunky - I maintain that I actually enjoy it! It's the same case with SOTC - I honestly didn't feel a gripe with the controls at all despite some input delay here and and there. Now, the gear in this game is another really interesting aspect - specifically the grappling hook. What an addition. Like I can't believe SOTC doesn't have it. And the thing is, its treated as a disposable item which can break - you don't neccessarily need it for any of the bosses actually, but god does it not only make life a little easier in both boss battles and traversal, but its literally the most badass addition to one of the most badass ideas for a game. It can provide a second chance on many bosses given you're quick enough to grapple back onto a certain point - this led to many close shaves and tense situations which had me gasping. So much fun.

Honestly, if you came up to me and described a game that had elements of BOTW and survival games in the context of slaughtering huge giant bosses in a broken world, that would sound like the perfect game to me, one that would certainly be worthy as my favorite of all time. 'Praey for the Gods' doesn't quite reach the extremely high standards and value I'd pin to a game of that description, but it does a pretty damn good job - I had a lot of fun with it, and I see the potential for even greater heights to come. Imagine if a studio with the time and resources like Nintendo developed it - with that polish and depth, I have no doubt that game would be considered one of my favorites of all time. Yet even now, it'll certainly hold a special place in my heart as an incredibly fun, satisfying and overall badass experience. Again, given the fact it was 3 person dev team, this is incredible. I look forward to seeing more! 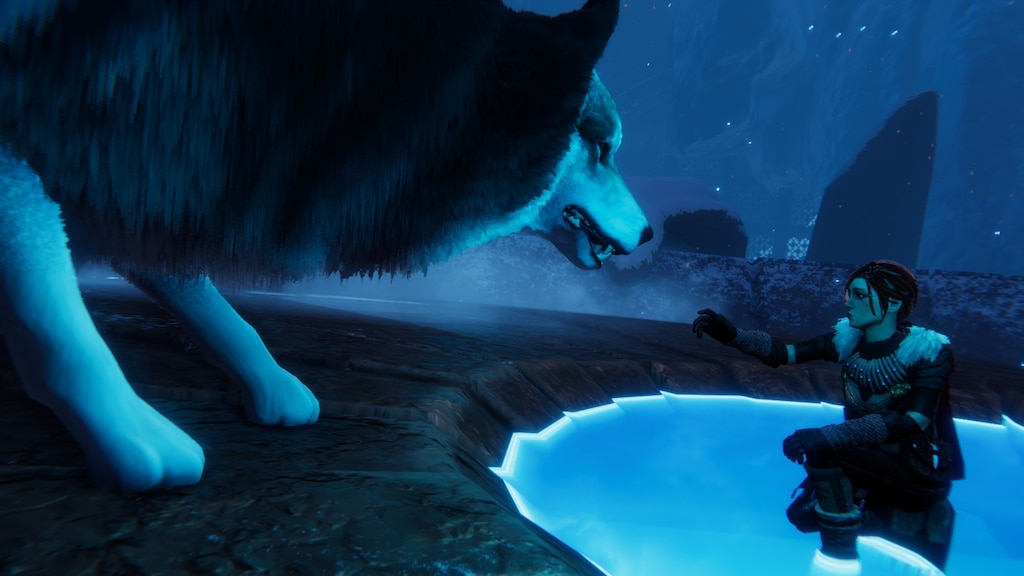 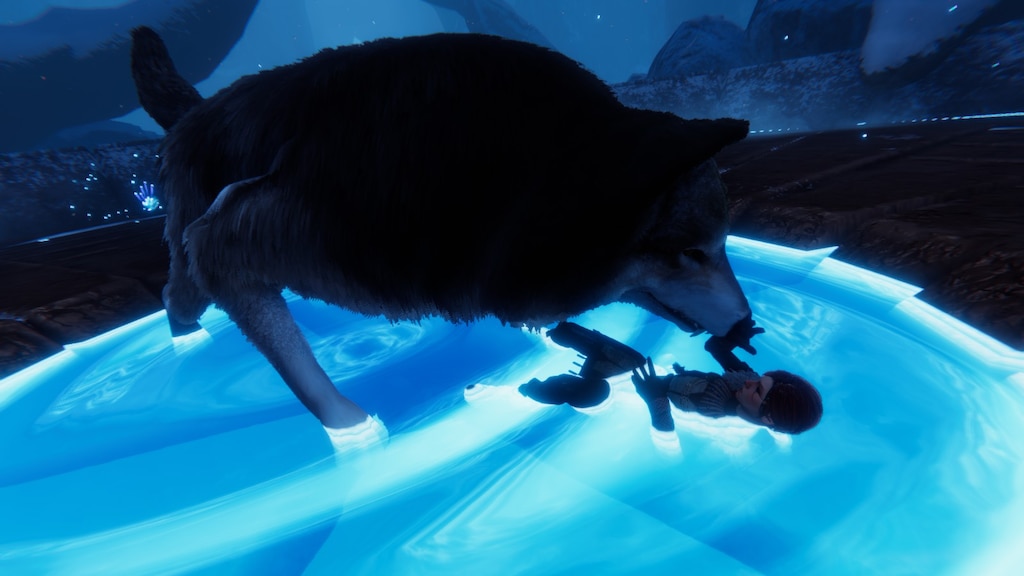 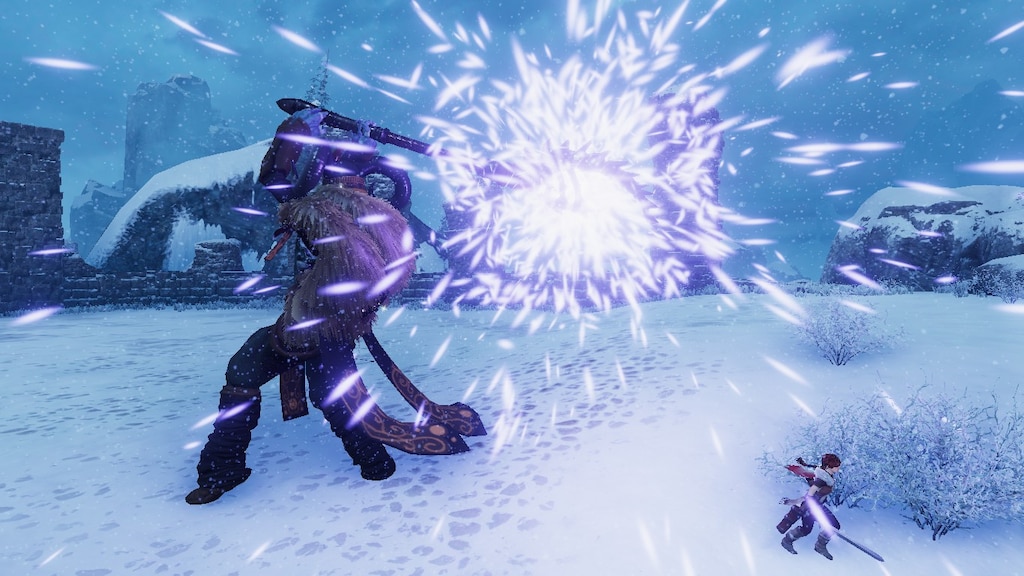 Not Recommended
1.3 hrs on record
This game has one of the worst controls ever.
I gave up after X number of failed attempts to kill the first boss. It's worse than any grind ever.
Sure, I could put the game on baby-easy or find out the cheats, but what is the point?
I played plenty of games and overcame all the odds to win the battle, win the war.
But this game just sucks. Plain and simple. You get a big, fat zero from me.
I am sick of playing the first 5 minutes of the game and going no where except constantly falling off of the first boss; over and over and over.

A developer has responded to this review