The highest selling and most intense restaurant sim ever made is back! Deceptively easy to learn but incredibly difficult to master, Cook, Serve, Delicious! 2!! is your journey of being the best chef in the world with your small but humble restaurant on the 50th floor of the Teragon Supertower.
-75%
$12.99
$3.24
Visit the Store Page
Most popular community and official content for the past week.  (?)
mouse only?
click and play?
3 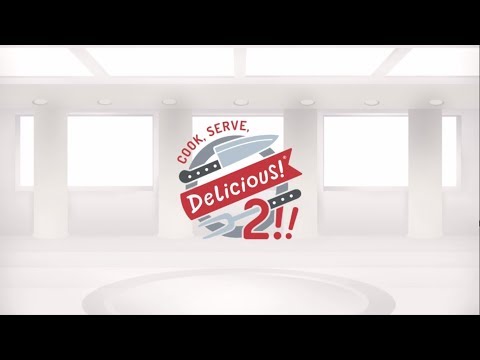 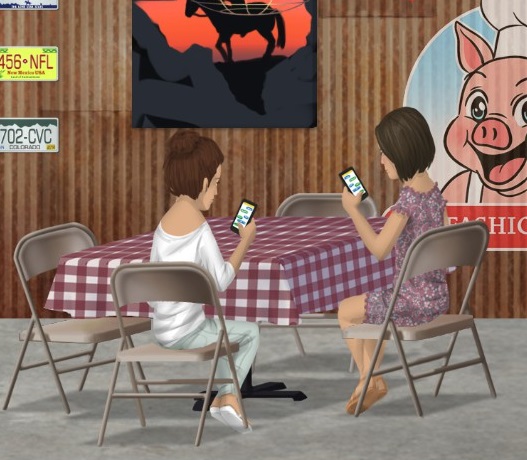 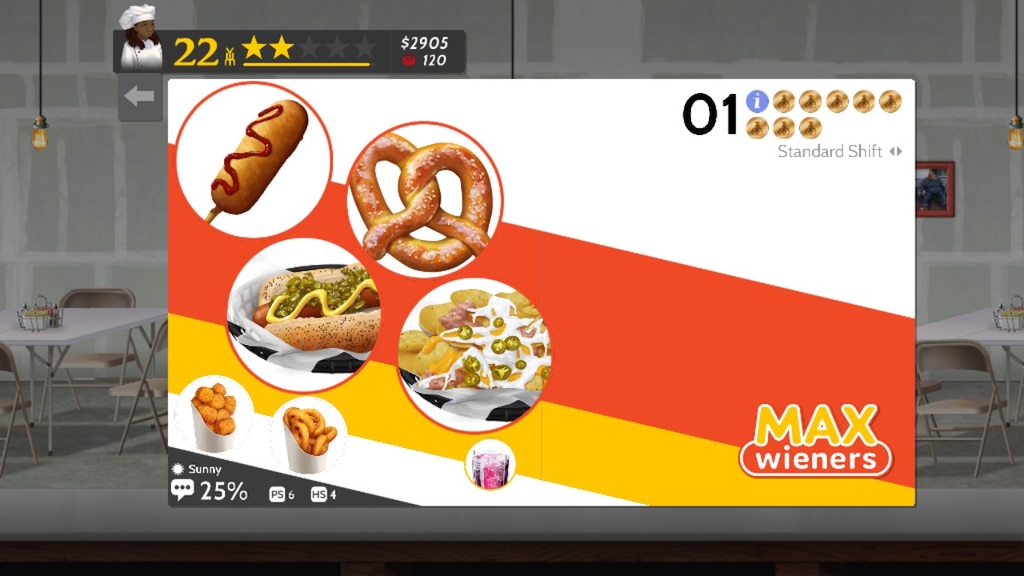 0
0
Max wieners all gold. I can't believe I finally did it. 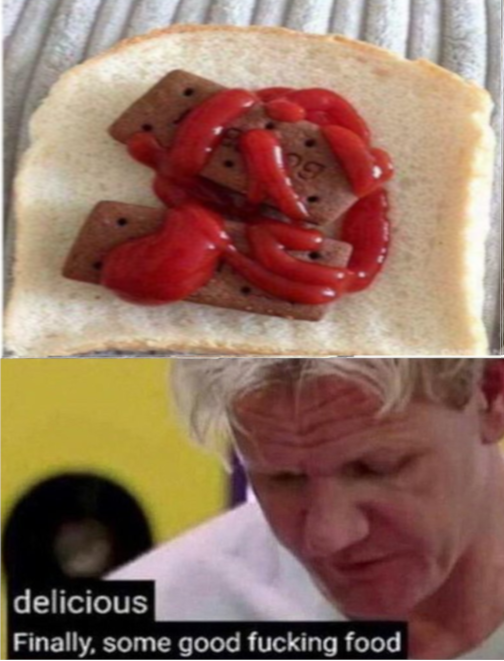 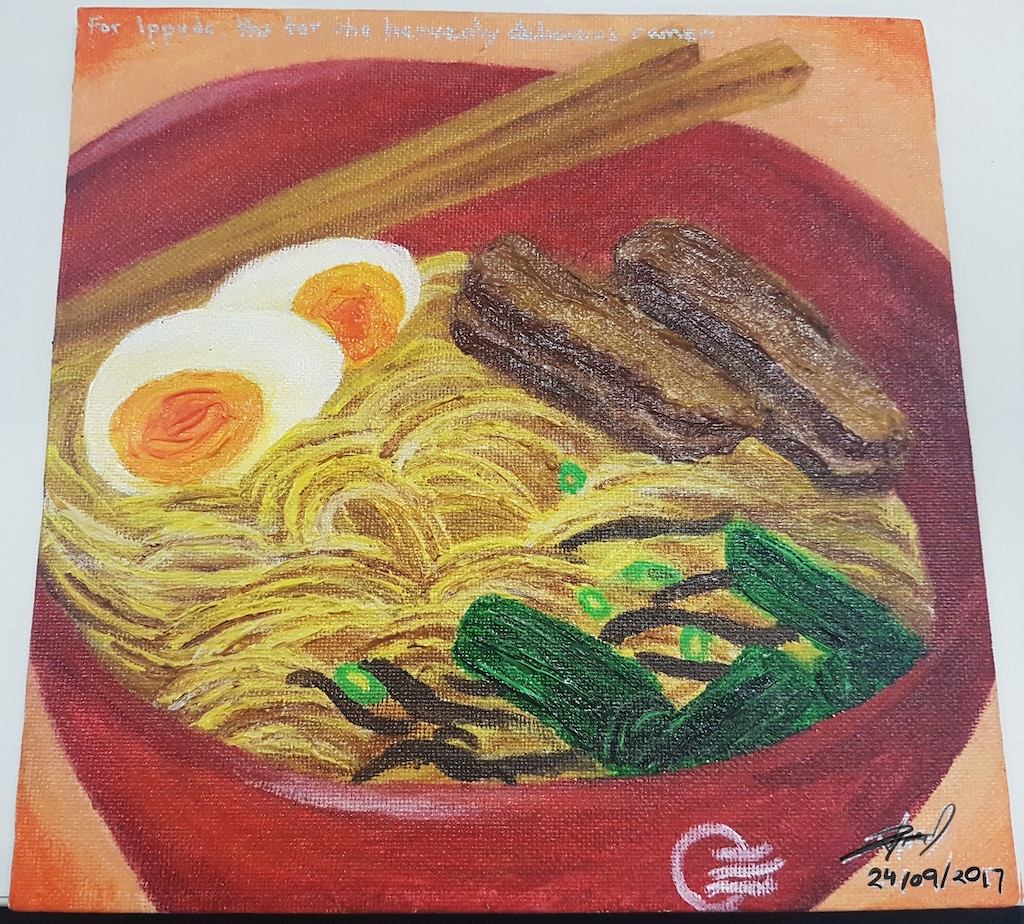 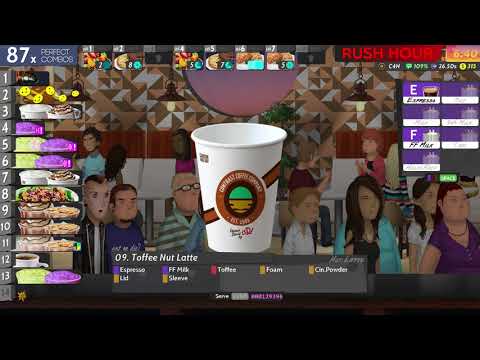 Not Recommended
67.8 hrs on record
As someone who played (and very much liked) previous game and play this series with a gamepad, I'm not recommending this game. If this is your first CSD game and you play with the keyboard, then ignore this review.

What I liked:
- More polished base mechanics, some nice additions for preparing in advance, better graphics and animations.
- Bunch of smaller restaurants with predefined menus.

What I didn't like:
- No option to withdraw from a single order if you accidentally click on it while it's preparing/cooking (i don't want to put anything on the food, I clicked on it by accident while rushing somewhere else, let me back out and leave the food to finish cooking)
- CSD restaurant is basically practice mode now. No "story" mode behind it like in the first game. It doesn't have an end so I didn't find it amusing to play. There are a bunch of smaller restaurants with predefined menus and finite number of levels, which I prefer more than CSD story BUT---
- ---this game is not optimized for the gamepad. First game was perfectly balanced and I was able to finish it entirely with gamped, but I just couldn't finish hardest levels with gamepad here (and I can be pretty stubborn on finishing higher difficulty levels). You just can't instantly jump from order #3 to order #9... It's obvious that keyboard users are in advance by far, no matter how well I learn recipes. And if I try and finish one restaurant after a lot of effort to learn everything perfectly, there are 20+ more restaurants where I need to do the same, with another recipes... It's exhausting and not worth it for so much content. Simply, new additions to game mechanics requires balancing the difficulty for gamepad users...
- There's an email system which is entirely pointless in this game and after few emails, I didn't bother to read them at all (it was more fun in previous game where mails were incorporated into CSD "story" mode).
- Leveling gives you a ton of "items" which you can use to decorate your CSD restaurant... Our focus is on preparing food, we don't have time to look at scenery, so I don't know what's the point in having hundreds of "items" to put behind... So, two features (mails and items) which needed a lot of effort and time by devs to put in the game but they are entirely pointless. That time should be spent on something else or at least make reading mails or collecting restaurant items more fun...

Maybe I was wrong having high expectations after fantastic first game, but either way, I didn't have fun playing this game as much as previous. 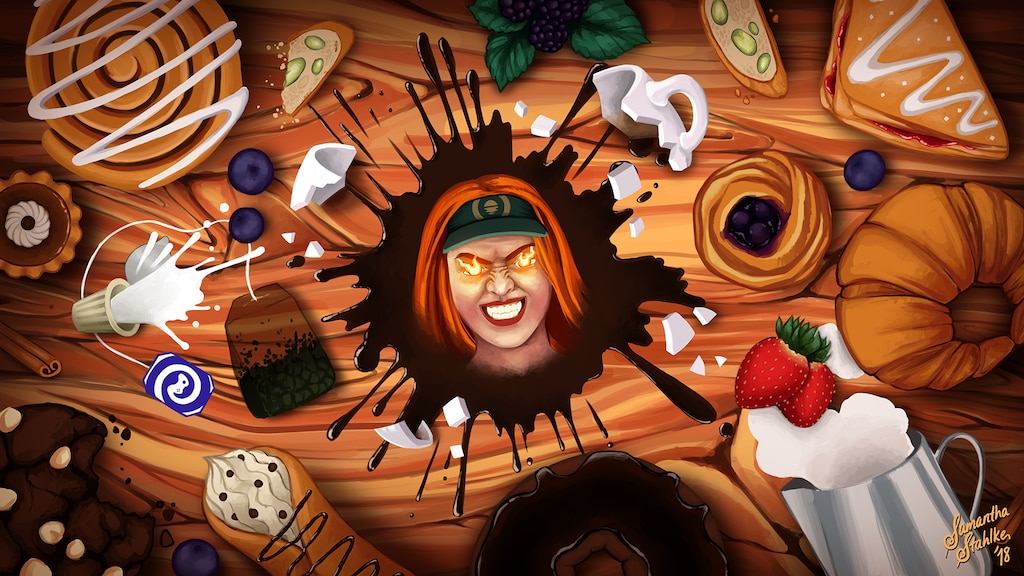 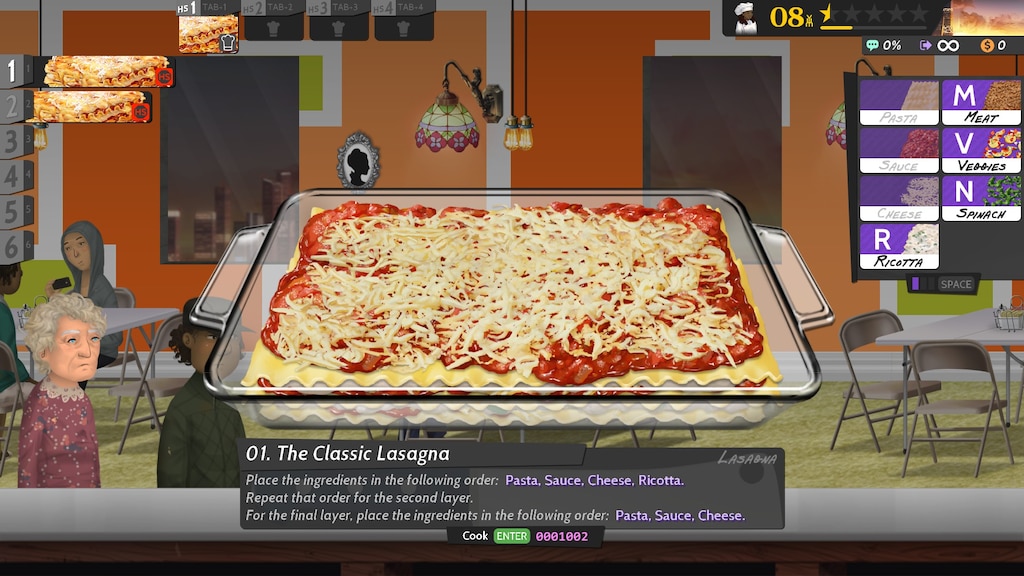 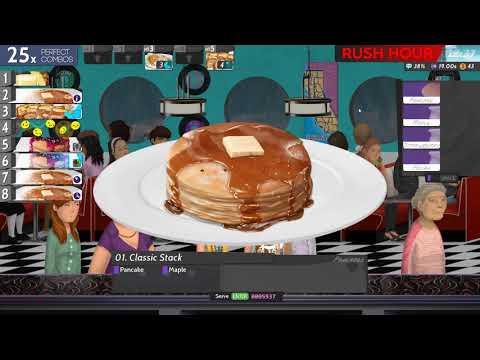 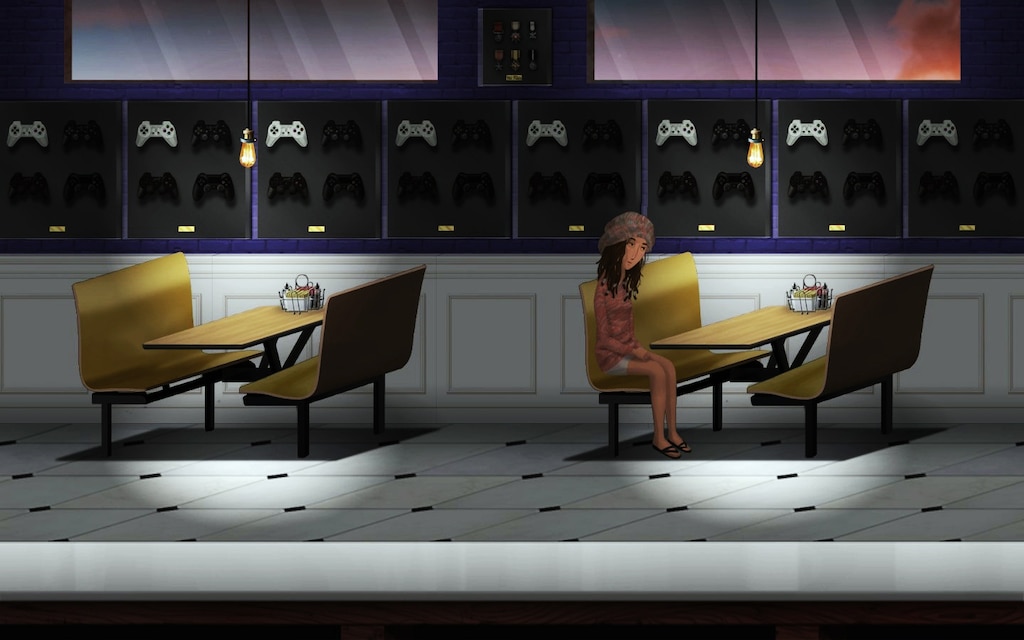 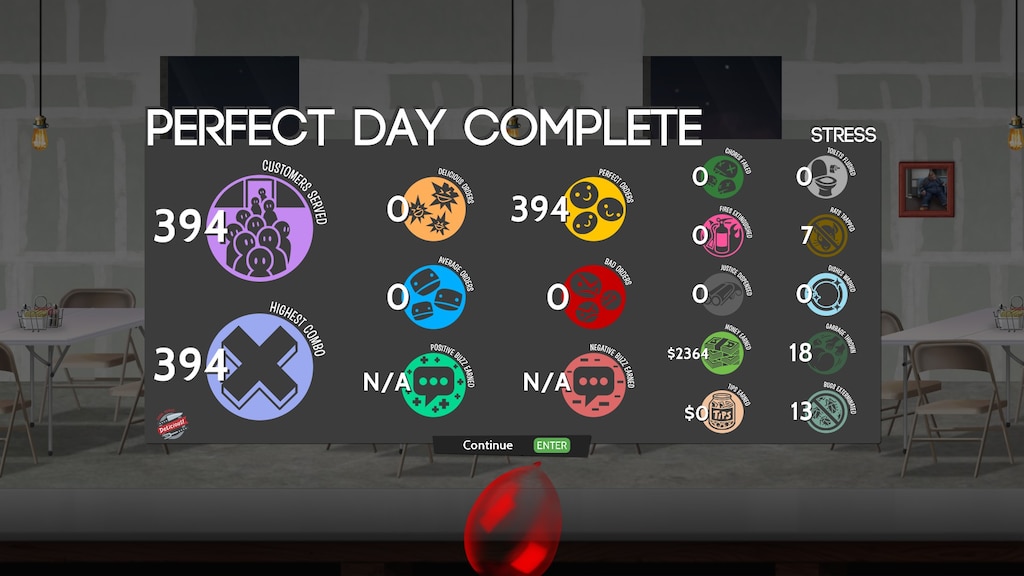 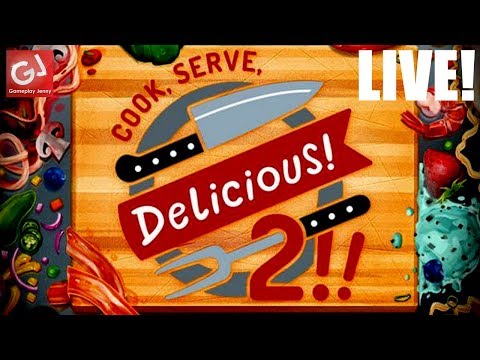 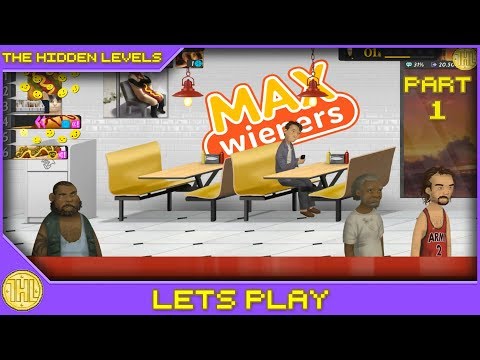 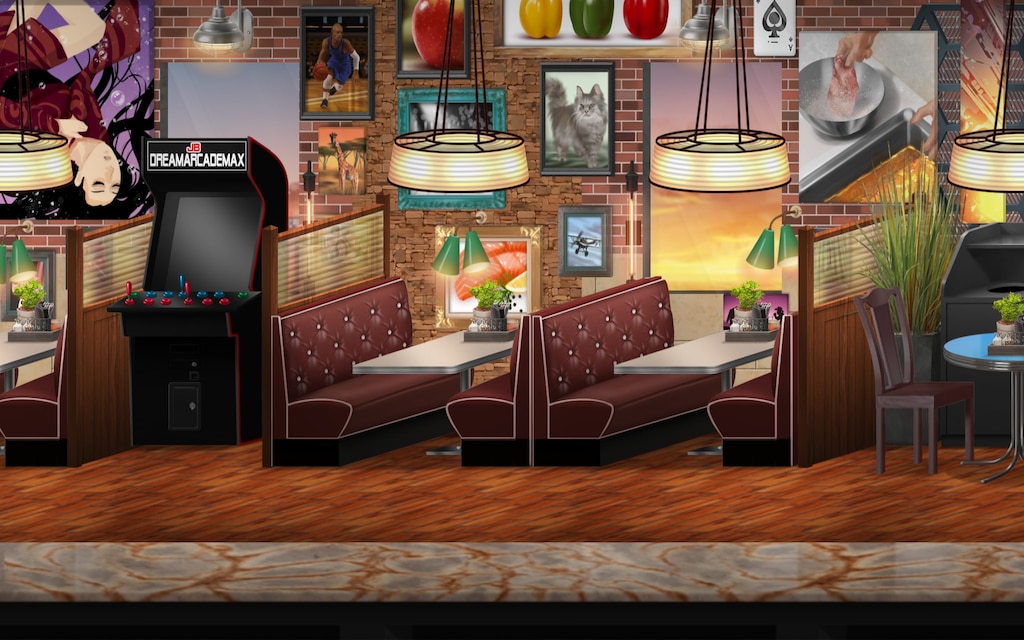 mister tweaks C,S,D! 2!!
In this guide, we will be making this game more fun, and stress-free. This is the guide for those who still want the challenge but want this game to go little easy on you. (Damn those rush-hours) So please ask question if you don't understand anything. ...
34 ratings 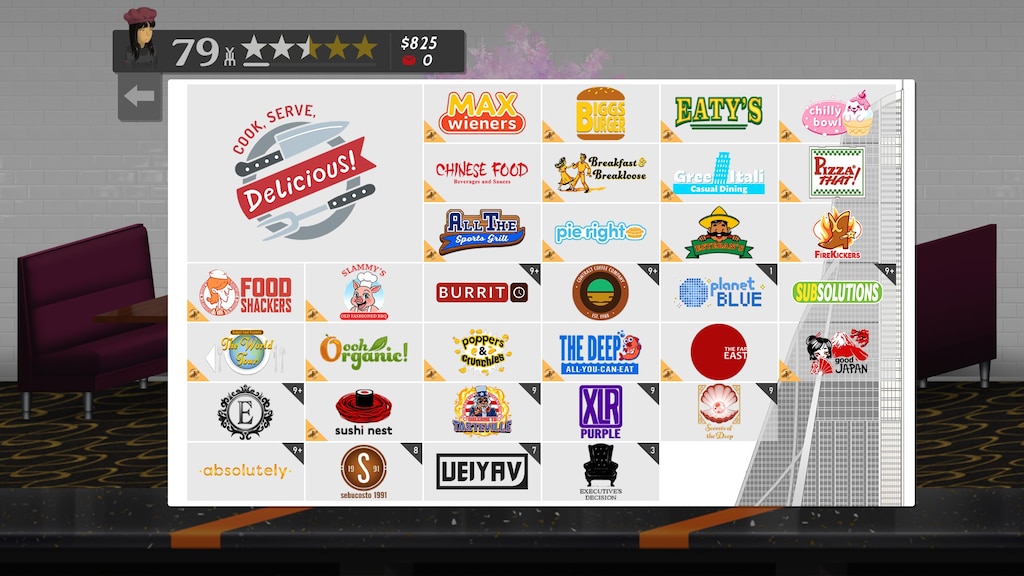 if DOOM was in cook serve delicious 2{2️020 Update!!!!}DONUT!
{soda} kill a demon put its blood in a cup {pizza} kill demon chop piece of hand off for cheese put on pizza bake for 10 mins take out and you got DOOM pizza {red wine} kill demon take its blood put in in a cup bring it to glass poor and you got DOOM red...
52 ratings

aelita
Jun 10 @ 11:45am
General Discussions
[Linux] Not seeing gamepad in Barista Update
Ignoring the Linux audio issues for a sec, I've found that CSD2 won't recognize my gamepad (XBox 360 wired) after the Barista Update. It works perfectly in the 1.60HFX3 version and in any other game, but in either 2.x version, it won't do a thing. Is this another known issue with the version of the GameMaker Studio engine being used, or is that something else? Thanks!...
53

CaptainSR91
Oct 31, 2020 @ 4:05pm
General Discussions
Holding Station Failing (Pie Slices)
Title says it all. Level one of the Chilly Bowl and stunted immediately - what's going on here? The holding station fails immediately for the pies; I'm reading online that the holding station is random recipes every time. Surely this wouldn't be the case considering the ingredient options? Any ideas on how to get around this? Literally every combo I'm trying is failing....
3

Dr. T
Apr 12 @ 6:08pm
General Discussions
No one has rated this review as helpful yet

Recommended
17.0 hrs on record
More intense than Part 1. But I like the fact that you can take shifts from other restaurants, which is a great honor for CSD Restaurant.