The Cat Lady follows Susan Ashworth, a lonely 40-year old on the verge of suicide. She has no family, no friends and no hope for a better future. One day she discovers that five strangers will come along and change everything...
$9.99
Visit the Store Page
Most popular community and official content for the past week.  (?)
Saves. Please help me
I will write again, maybe someone will help with my problem. Only now I will write in English. I love this game so much. And it's such a shame that now I can't play it properly. I have a problem with my saves. I read online that someone also had such problems, but no one came to the conclusion what to do about it. But I will try to write again, I can not calm down, so I want to solve this problem. The problem is this, I have played this game very often before, I think I have exhausted the limit of saves. P...
3

The Cat Lady - Achievement Guide (WIP)
Credits go to the folks of Harvester Games, Screen7, Desura and Steam - to the mighty R. Michalski and the folks who helped to solve every single achievement ;) I've just put together the info and posted this, so people can easily do the achievements!
615 ratings 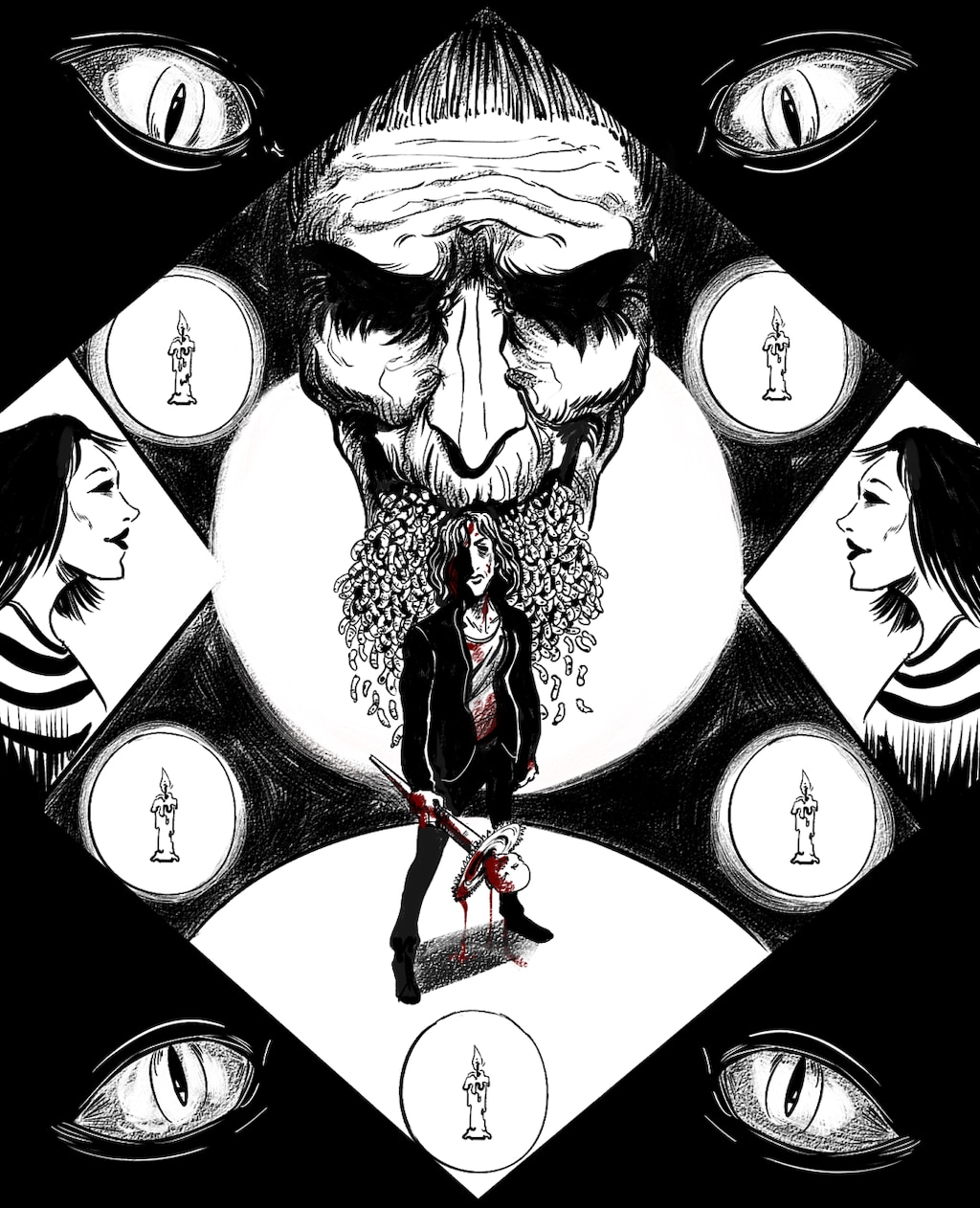 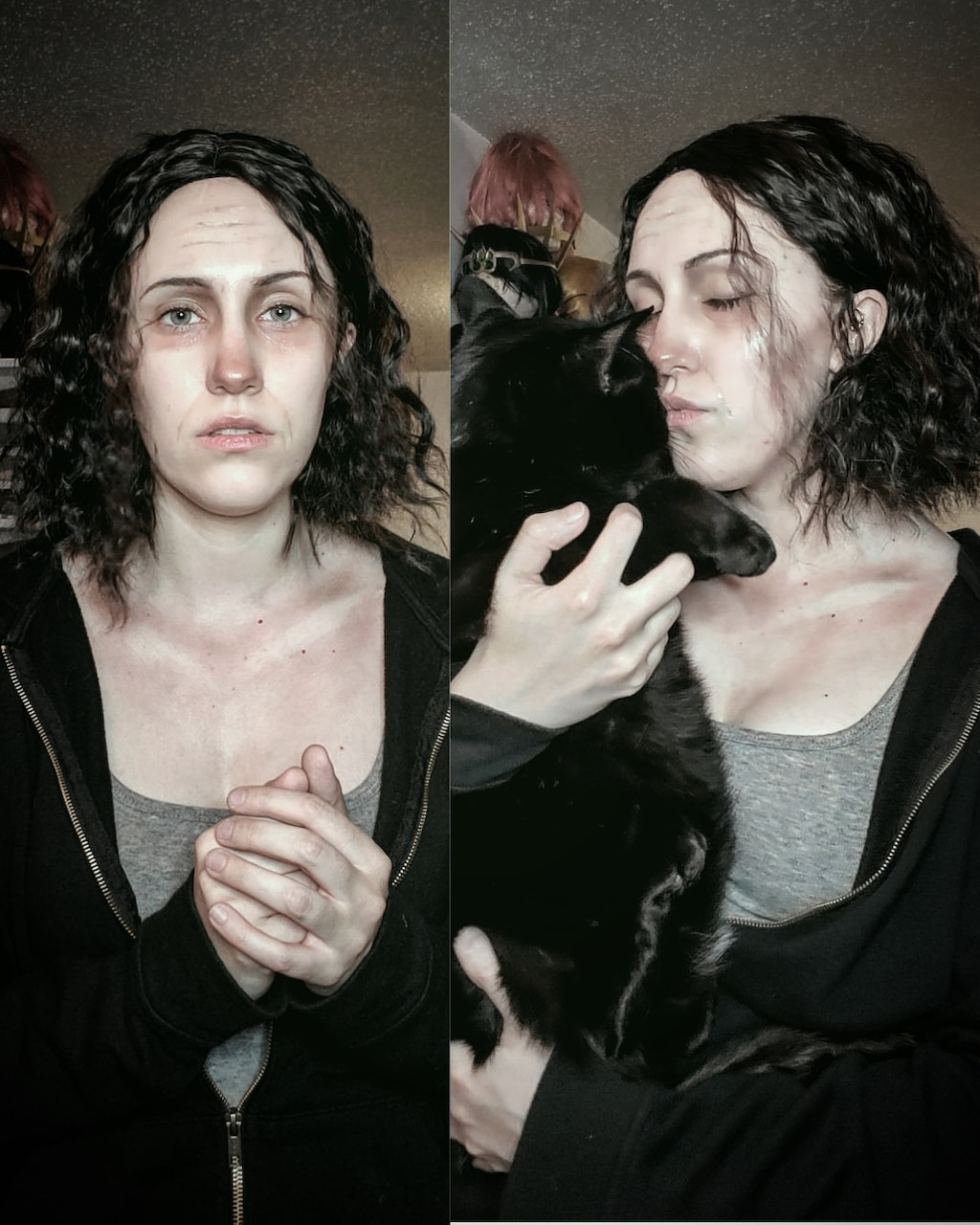 1
12
“Surrounded by darkness yet enfolded in light” 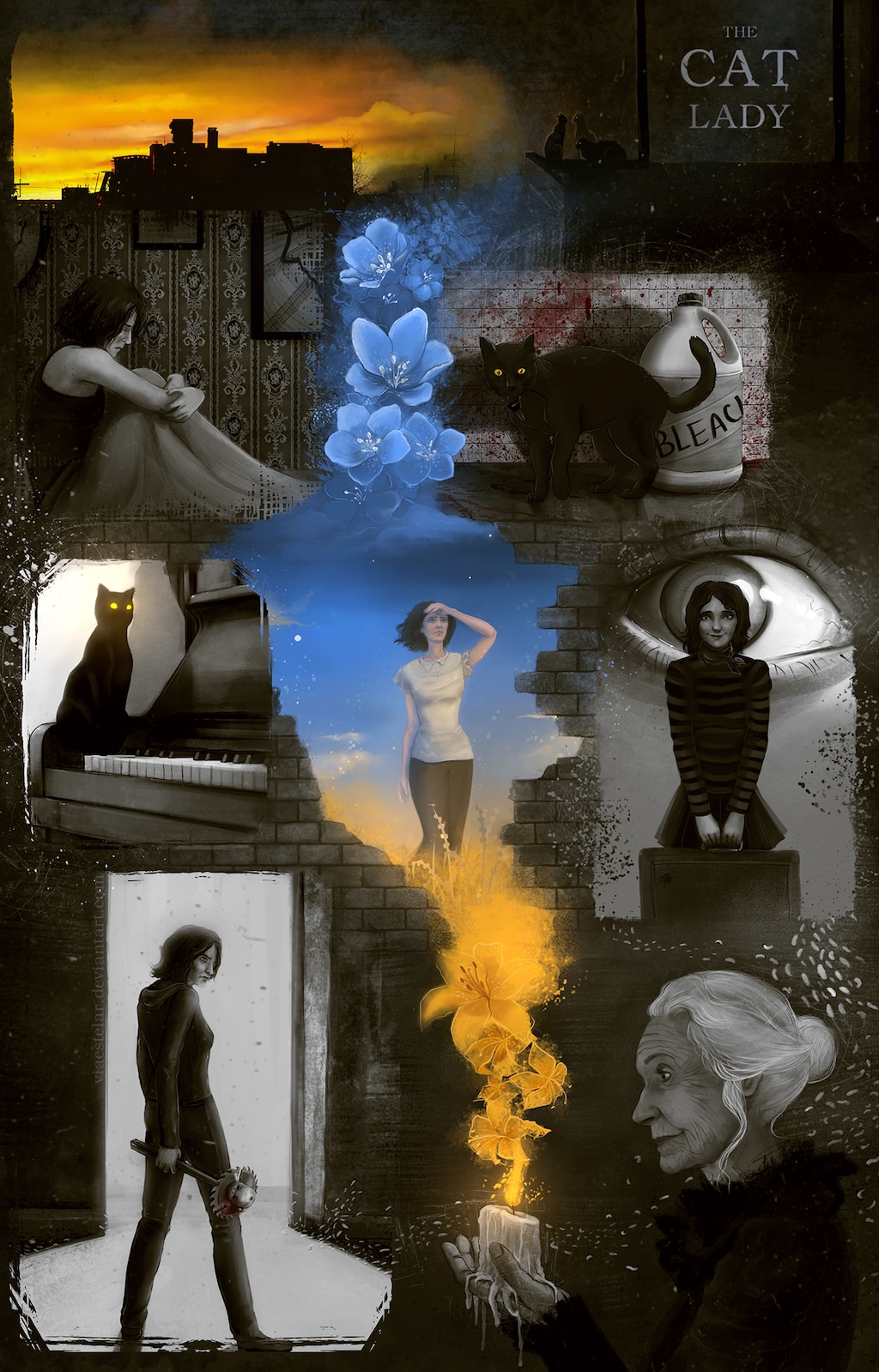 A Flower That Bent Towards The Sun (Complete and Accurate)
When I played this I noticed there was a LOT of information and misinformation regarding how to get this achievement. With a lot of conflicting information. So I used a little logic to discern the true from the false and was able to get the achievement o...
132 ratings 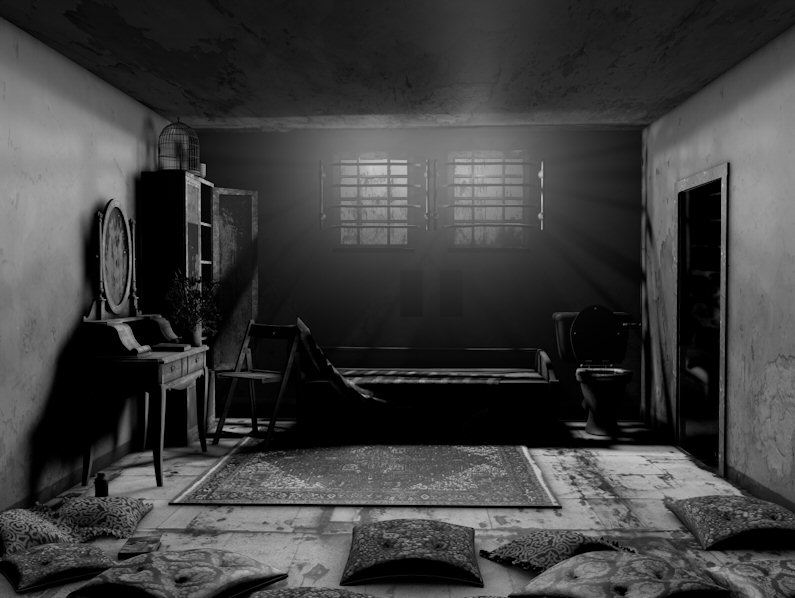 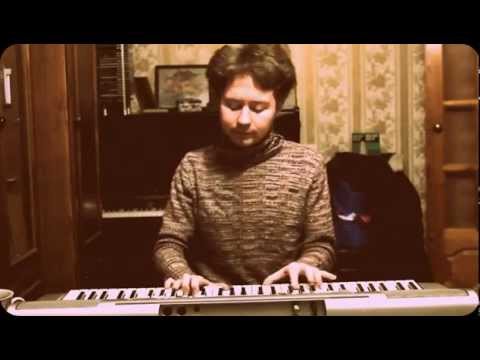 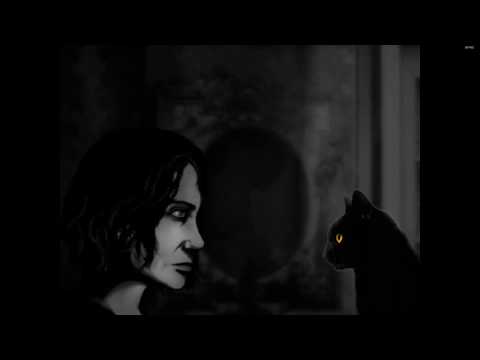 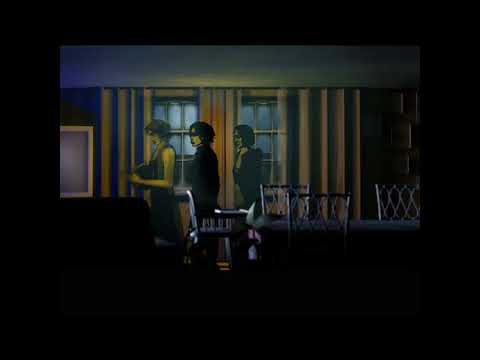 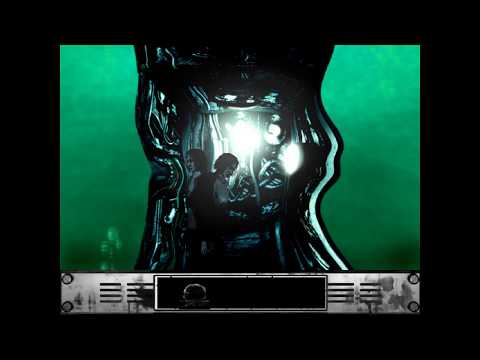 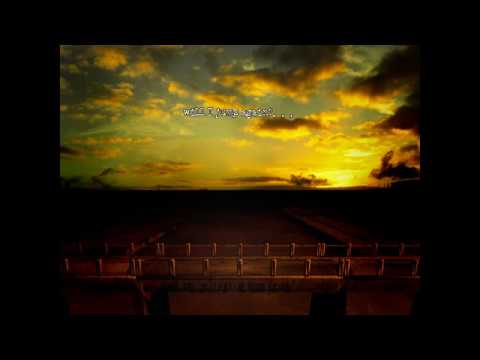 AnastasiaDilonova66
May 30 @ 4:48am
General Discussions
Screenshot 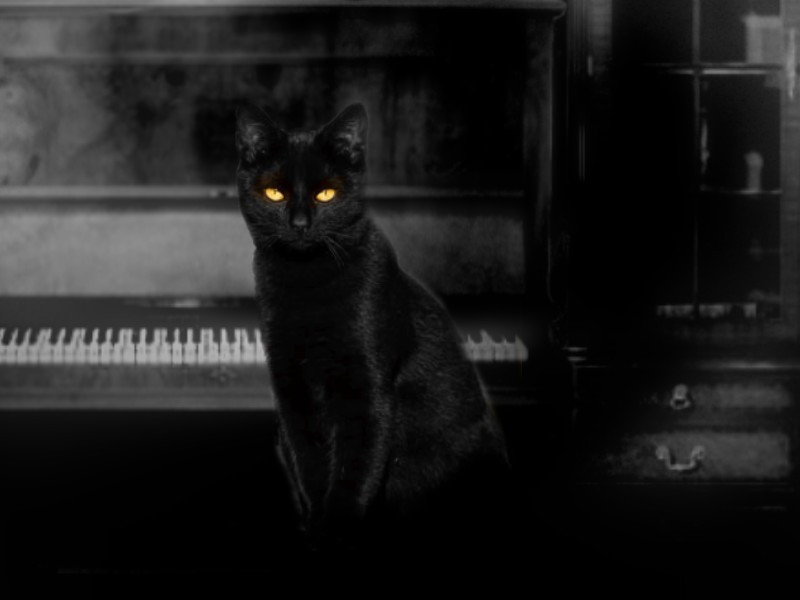 Best settings for a good experience. 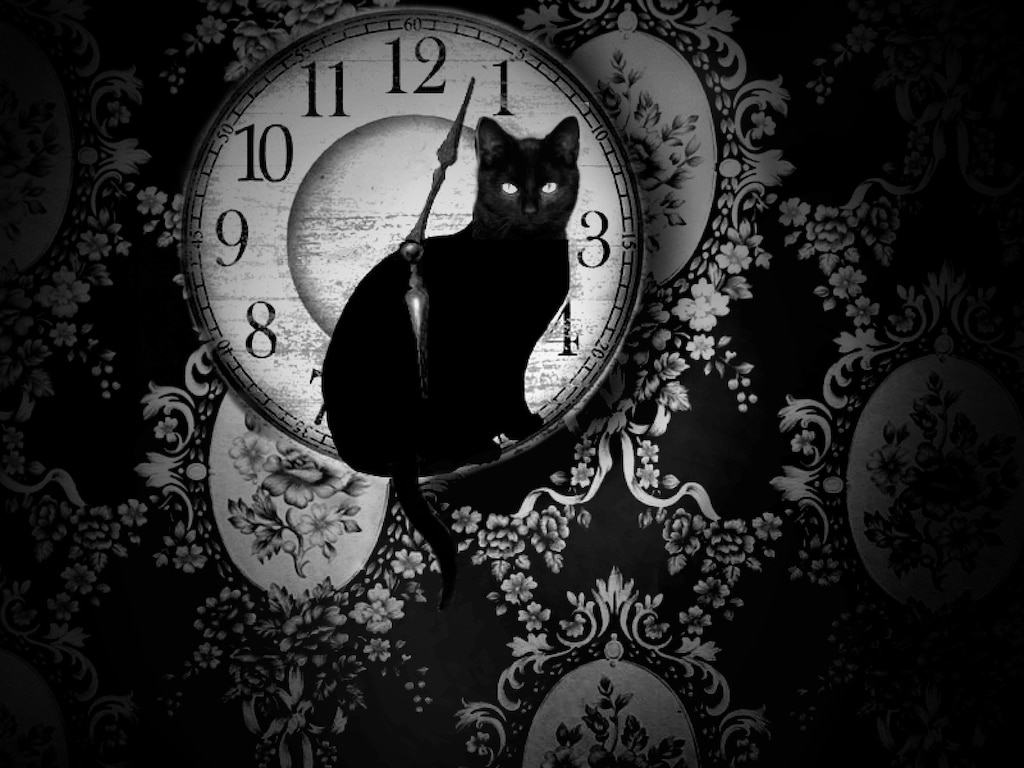 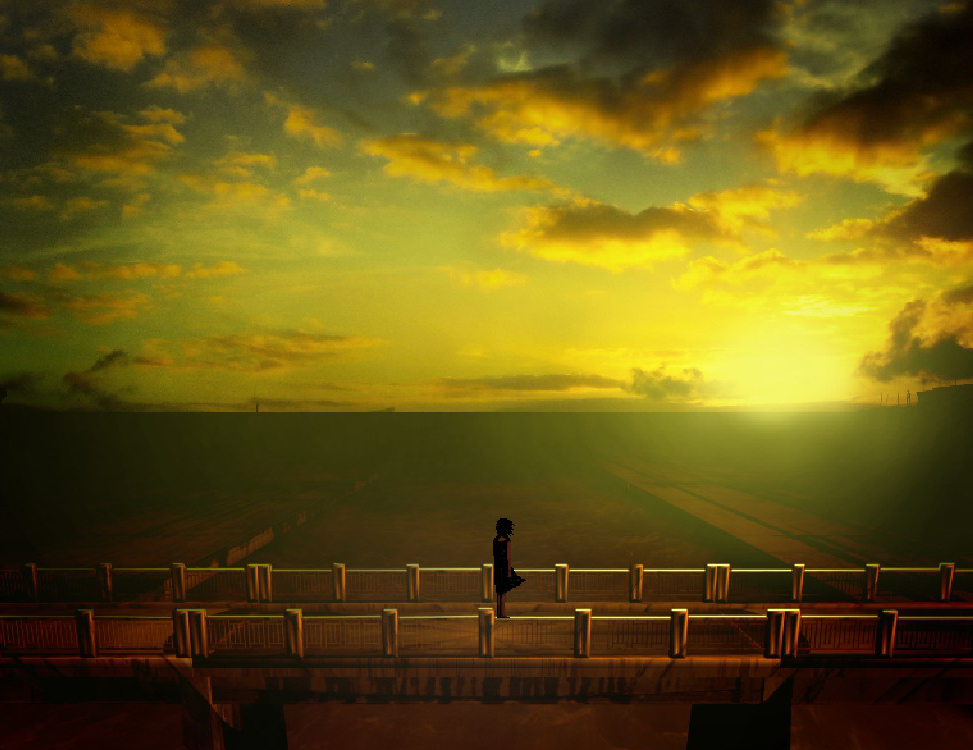 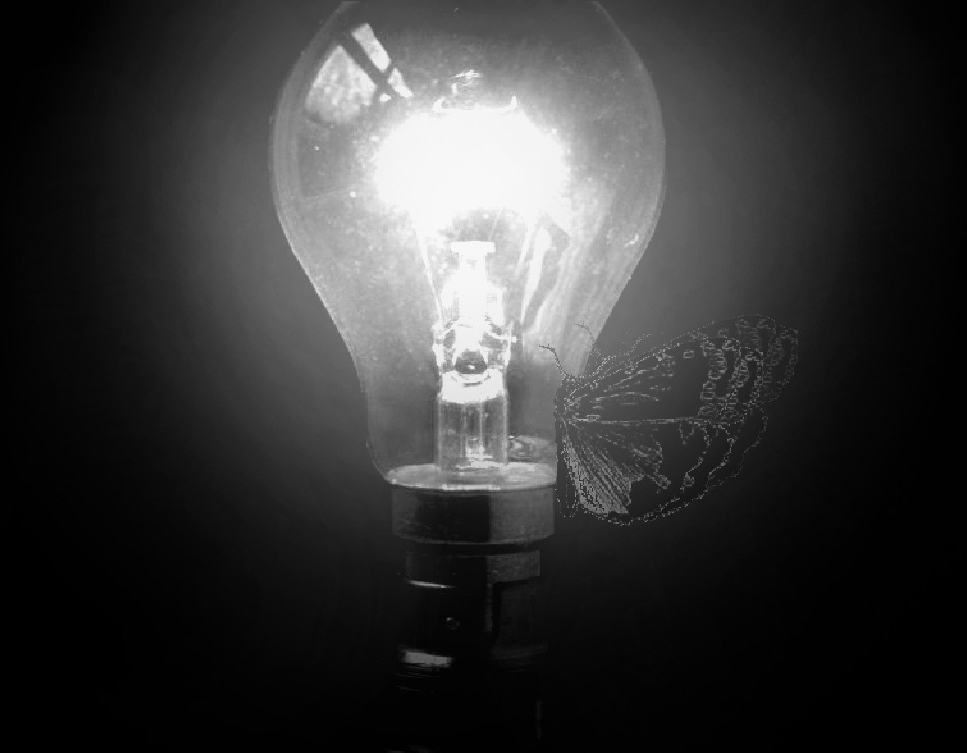 Proxy_105
View screenshots
do any cats get harmed in this game?
I don't want to play this game if they get harmed, so please let me know if I should avoid, thanks!
9

GreenSoyMilk
May 16 @ 7:53pm
General Discussions
List depressing video games here
Can you guys tell me any games that are horribly depressing? It shouldn't be like The Cat Lady style. 2D or 3D, or whatever gameplay it doesn't matter. Whether it romanticize or glorify suicide, pain, suffering or the like, it doesn't even matter. I'm into such things and don't worry I'm still alive despite the struggle in life. I haven't played many depressing video games sadly but here are a few that makes me so ♥♥♥♥♥♥♥ legit depressed: Cinders[/...
108

AngeBl'Onde Narcissistic Milk
Nov 27, 2020 @ 9:40pm
General Discussions
game keep crashing on me
hello, I just bought the game and I can't play it for long as it keeps randomly crashing, it says it's a scripting error, i didn't get pass the first few minutes of the game, little help? has enyone experienced the same thing?
2

Jojlih
Jun 6 @ 4:42am
General Discussions
No one has rated this review as helpful yet

Recommended
8.3 hrs on record
The Cat Lady will always hold a special place in my heart. Wonderful acting, amazing writing, dripping with atmosphere. An amazing soundtrack featuring Warmer. Its a relatively short experience that tells its story with perfect pacing and is sure to keep you intrigued all the way through. Definitely on my list of must-play games!

Recommended
7.5 hrs on record
A TL;DR for the discerning review reader: if you like horror looking games but not jump scares, this one mostly lacks them. There's the occasional sharp note and something moves and a logo pop at the start of the game but no heart stopping screamers or full screen pop-ups.

A diamond in the rough, The Cat Lady leans heavily on its story to make up for occasional bits of coarse design. If the story lands for you it'll land hard, a weird and wonderful tale of suicide, redemption and serial killers, where horrible things happen and there's no shyness about doing so on screen and in direct view. Although it is a proper adventure game and features many instances of wandering around, picking things up, thoroughly chatting with everyone you see and trying to apply Bit Y to Bob X to advance the game, it is nearly majority dialogue and storytelling. If you're not interested in being told a story and listening to people talk, getting to know character interactions and personalities, then you won't really enjoy this game. The first two-ish hours feature a few concrete puzzle areas and long dialogue scenes in the first two chapters, enough time to get the feel of it before the refund window closes. I'd say that playing as fast as you can Cat Lady could be beaten in 2-4 hours, thoroughly exploring and replaying it gave me a neat 7.

The Cat Lady begins with our protagonist Susan bidding adieu to life and committing suicide. An afterlife journey and dark power pact follows. Susan receives an obligation to try to live with a promise of horrible things to come. TCL really sells the drab, depressing lens that Susan views life through. The art is competently done and lends itself well to the presentation of the game, the roughness working as an intentional touch for the setting. There are some genuine hiccups but nothing major, such as Susan's side-talking in Ch 1 basically giving her two different faces. Due to the way the interface works there are no painful pixel hunts so TCL is a step above many others in the genre. I found the voice work well done and matching for each character, some better than others. The music is a subtle and well done effort, coming in when appropriate and enhancing scenes well and knowing when to be absent to build tension(Ch 4 comes to mind!) The UI works well for an adventure game, there generally isn't mouse use but the game is good enough for those used to the potential clunkiness of the genre. The quicksave set up was comfortable for the compulsive dialogue tree diver that I am.

Gameplay features several meaty exploration and puzzle solving sections, particularly when dealing with Parasites. They convey a good sense of urgency to the player and follow it up with some primo satisfaction. There weren't any (unintentional) terrible moon logic set ups and the game typically doesn't saddle you with deadlines. You can't lock yourself into dead ends so ironically you're able to explore thoroughly, experiment freely and relax as you take in the depressing greys. Which is good because I found TCL's story to land well, not overdone and cheap at any point, able to hit hard with the subject matter and offering you chances to get wound up and invested... and to calm down and prepare for the next bit of horror. All the afterlife design and metaphor was intriguing and entertaining, not too much stands out as poorly done. It's not perfect and it's not for everyone but if you're in the middle of chapter 2 and interested then TCL can carry you until the end.

*Spoilers* There are two bits that stand out. The 4th Parasite seems rushed, stuffed into the massive reveal of Susan's past for the chapter, not even given dialogue and his death almost happening randomly(I guess the QoM is comping Susan some supernatural help?) I would've liked to see him tied in as the past lover, given the chapter. And though the Joe Davis bits are good and chilling they kind of come and go as odd cameos, which upon looking it up they are. Nothing too bad here really, certainly not story derailing. I could just see some more build up for Parasite 4 making the game stronger and some players being confused by Davis without looking it up online. *End Spoilers*

TCL is a pretty great adventure game. Individually many elements of it seem weak but brought together around the strong story they're better than the sum of the parts. I can't guarantee the story can appeal to everyone, every scene will land perfectly or that some of the gameplay segments won't be obtuse. At $10 I can say that TCL punches above its weight class and I was hooked instantly and am very excited to dive into the rest of the trilogy.