Store Page
Stellaris>  Workshop > G-Man's Workshop > ST: New Horizons > Discussions
This item has been removed from the community because it violates Steam Community & Content Guidelines. It is only visible to you. If you believe your item has been removed by mistake, please contact Steam Support.
This item is incompatible with Stellaris. Please see the instructions page for reasons why this item might not work within Stellaris.
Current visibility: Hidden
This item will only be visible to you, admins, and anyone marked as a creator.
Current visibility: Friends-only
This item will only be visible in searches to you, your friends, and admins.
ST: New Horizons
Description Discussions1299 Comments15543 Change Notes 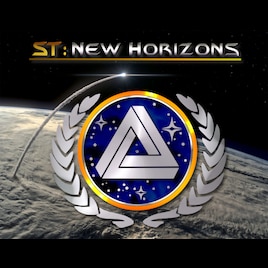 Want to join the discussion? You need to sign in or create an account.
Date Posted: Jul 25, 2018 @ 12:20am
Posts: 32
Start a New Discussion
Discussions Rules and Guidelines

In our last dev diary, I discussed our planned overhaul for ship classes. If you haven’t, its strongly recommended you read the previous diary first – most of the materials discussed here will make little sense to you otherwise.

In a nutshell, we are moving away from our current core six ship classes to a more flexible system where every ship class in Star Trek is its own, individual, New Horizons ship class, with its own components, modifiers, tactical advantages and statistics.

Since this is a very nuanced process that requires rebalancing the entire mod, we are starting by changing the Federation ship roster. We will extend this concept to some other races in time, while others may simply have their own version of the “six core” classes (say, for example, a Ferengi battleship may be something a bit more agile, light yet shield-heavy). The majority of minor species, of course, will continue to use the existing “six core” classes.

What are we going to talk about today, and what is going on with the overhaul anyway?

We originally hoped to release the overhaul a few months ago, but personal issues for myself and other members of the team delayed things again and again. Most of the content and the balance work for the overhaul has been done; that being said, there is still some bugs and modeling work that needs to be completed, but I can say we’re close. Or as we like to say, release is Soon ™.

But since the overhaul is well underway I thought we would share more information about what you can expect to see upon release and talk to you a bit about archetypes.

There are going to be a LOT of different Federation classes for you to build – well over forty, currently.

Players will finally have the freedom to compose whatever sort of fleets they want. It also gives us the freedom to include some ships that some players found controversial, such as Discovery period ships. Players can now simply choose to ‘skip’ the ships they do not like.
That being said, forty ship classes are a huge number – it requires some categorization. Here are where archetypes come in. Archetypes are basically a laid-back version of the previous ‘classes’ – all federation ship classes are divided into archetypes, and inside that archetype, they share some unique advantages, access to certain components and modifiers, and are aimed toward a certain tactics.

Mind you, there is still a great deal of variety inside each archetype. Two ships inside the same archetype could act decidedly different. For example, the Akira and Norway are in the same archetype and are even unlocked at roughly the same tech level. However, the Akira would focus on offering a player a medium-heavy ship with either a carrier or torpedo launcher capabilities, while the Norway will be a lighter, agile ship capable of fielding some surprisingly heavy beam weapons.

Those two ships, however, do share an archetype – the multi-mission cruiser, a type that focuses on giving players access to a wide range of weapons and sections.

Now that we got all of that out of the way, let us introduce the eight arche-types. You will note I am not going to mention most of the ships that belong to each archetype. This is in part because we are still refining the final list of models, but mostly because we also want to surprise you with the new models that are coming.

Let me also clarify in advance, since there will be sure to be a long debate about the archetypes themselves and the ship selection to each archetype, that no categorization of such a diverse range of ships from hundreds of years of lore could ever be completely perfect and agreed on by everyone. There are a lot of considerations that go into both the archetypes and the ship selection – a mix of canon, available resources, gameplay, balance, rate of progression, technical limitations and more.

You will also find that a few classes will have access to unique consoles, sections and weapons. For example, the Intrepid Class will have a variable geometry pylon component that will increase warp speed, while the Miranda class could mount unique burst phasers on their ‘rollbar’ – which is available as a unique section.

You may also find a few period specific weapons, with their own weapon effects. In time we hope to extend this, based on your feedback and suggestions. This system is incredibly versatile, dynamic and extendable, so let us know what you are hoping to see in term of weapons, sections and components, and we will see what can be done!

Jul 25, 2018 @ 9:59am
Hello! The last Announcement hinted at the possibility of mothballing obsolete designs. How do you plan to tackle the even higher amount of ship types in the game?

Being able to skip types is nice, but then I for one would need to see their performance in the first place which will certainly take some games.

Or to put it another way: Currently the Ship Designer features classes (PT, DD etc.) which may become irrelevant in the later game, yet which cannot be deleted due to being 'last class- design', will the new system declutter the Designer?
#4

Jul 30, 2018 @ 6:07am
I noticed that your list of the eight archetypes covers the combat vessels, not the construction ships, colony ships or, most importantly for this discussion, science ships.
How will they be handled, given your new system? Will they still be tied to the current era-system (meaning no building Oberth-class ships after the TMP-era) or have you some other idea in mind?
Really looking forward to the new system, and I'm curious what new classes you've been able to include; you've mentioned the Norway and Crossfield classes so far, so can I be cheeky and ask if there's much chance I'll see the Walker-class? I really like the design, and I think it fits perfectly between the NX and Miranda-classes. It's also the only other Discovery-era ship we've gotten a particularly good look at.
#13

Jul 31, 2018 @ 4:02am
what about other class types for other races like for romulens/remans schimitar class ? it was created same time as the soveriegn class or in game "assault cruiser"
#14