Store Page
Stellaris>  Workshop > Twitch.tv/Coffetropie's Workshop
This item has been removed from the community because it violates Steam Community & Content Guidelines. It is only visible to you. If you believe your item has been removed by mistake, please contact Steam Support.
This item is incompatible with Stellaris. Please see the instructions page for reasons why this item might not work within Stellaris.
Current visibility: Hidden
This item will only be visible to you, admins, and anyone marked as a creator.
Current visibility: Friends-only
This item will only be visible in searches to you, your friends, and admins. 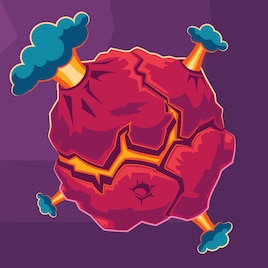 Twitch.tv/Coffetropie
Offline
See all 52 collections (some may be hidden)

Another mod made by Dwaine for my "Reborn"-series.

When a primitive civilization nuke themselves, the newly spawned tomb/toxic planet will now have a special texture to illustrate the violence of the nuclear exchange.
After a fleet has bombed a planet to oblivion, a new texture will be applied to the world 1 day after the original event.
Colonization, however, removes these markings.

Heres the "Reborn"-Version of Planetary Variety!

For an amazing graphical stellaris experience i recommend following mods.
Other Mods made by me:
Diplomacy Spam Control - Cause nobody likes SPAM.

ATTENTION: This is a Beta and does not include all aspects of the original mod.
It only contains events to change the graphical appearance of a planet depending of primitive nuke fest or armageddon bombardment.
Popular Discussions View All (1)

Tnynfox Jul 19 @ 1:29pm
This is one beautiful cosmetic I hope I'll never be able to use and appreciate.

Dark_Heretek Jul 17 @ 6:54am
I love this wants me to play as Determined Exterminators again