Store Page
Hearts of Iron IV>  Workshop > Gobbe's Workshop
This item has been removed from the community because it violates Steam Community & Content Guidelines. It is only visible to you. If you believe your item has been removed by mistake, please contact Steam Support.
This item is incompatible with Hearts of Iron IV. Please see the instructions page for reasons why this item might not work within Hearts of Iron IV.
Current visibility: Hidden
This item will only be visible to you, admins, and anyone marked as a creator.
Current visibility: Friends-only
This item will only be visible in searches to you, your friends, and admins. 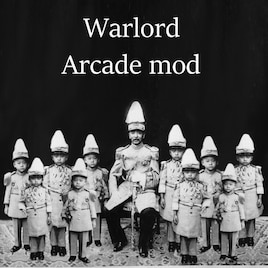 Hearts of Iron IV: Waking the Tiger
Created by

Gobbe
Offline
See all 7 collections (some may be hidden)
You need DLC to use this item.

This item has been added to your Subscriptions. Some games will require you to relaunch them before the item will be downloaded.
Description
What is this:
This mod turns the mess of the Chinese warlords into an arcade. Fight other players on warlords with border conflicts to get bigger and rule China, though maybe at the cost of Chiang Kai Shek's ability to repell Japan.

The way the mod is meant to be played:
Try to not justify but instead utilize the border conflict mechanic to expand your territory, lower costs and cooldowns have been added so they are easier to use. Every warlord will have the option to join the united front if it is formed.

No new updates will take place until at least the 7th of march due to travel, i will try to spend some time on preparing content for that date though.

Future plans:
-Balancing of resources
-A new kind of focus tree to allow for Monarchist paths with appeal to both the Qing and new dynasties
-Event chain for the Islamic rebellion in Sinkiang (1937)
-More countries as communist cells that will move towards the Yan'an base over time and be able to get annexed by Mao's pocket.
-More splitting of the southern states and main China's states
-more formable nations (suggestions are welcome if they make sense) (planning yellow river empire, pearl river empire, and yangtze river empire)
-border changes (suggestions are welcome if you can deliver evidence, the borders are vague and there is no chain of sources keeping consistency which is why it is the way it is)
-add decision to leave china and the war of japan
-add military advisors
-add decisions that can interact in some way with Mongolia (maybe mongol merceneries)
-add some kind of event chain for the search of the dalai lama
-add some kind of event chain for the incident that got guangdong annexed
-add bonus for north west chinese nations to utilize the fleeing kazakhs
-add some kind of decision to "occupy" hongkong/other cities with an event chain following each respective incident
-make it so that if a puppet owns the territory required for a formable nation, the decision can be done and the territory will be transfered to the player.

Progress is displayed in this discord server:
https://discord.gg/65JRaRq
< >
34 Comments

Gobbe  [author] Feb 21 @ 8:40am
Its very very hard, as stated in the description there are over a hundred state changes which would take hours to make compatible with an already existing set of states, and idk if its allowed without permission but if it is i would stop it

Dougulas Feb 21 @ 7:04am
well then lets hope someone makes this rt56 compatible

I am working on a new kind of focus tree where "proclaim rival government" is mutually excuslive with similair focuses that stem from a future monarchist and or communist path, the idea as of now is in the monarchist path you will be able to invite Puyi (given that noone else does this and that manchukuo doesnt do independence) or do something with a new dynasty, the Ma warlords will then be able to unite into a single country

Dougulas Feb 20 @ 4:54pm
and also, add a option for some warlords to unite with china or xibei san ma, etc, like, as an alternative to ''proclaim rival government'', and they would always chose that on historical (because, man, they are weak as fuck, and in real life they kind of united to bigger warlords to get more power)