Store Page
RimWorld>  Workshop > Bonehead14's Workshop
This item has been removed from the community because it violates Steam Community & Content Guidelines. It is only visible to you. If you believe your item has been removed by mistake, please contact Steam Support.
This item is incompatible with RimWorld. Please see the instructions page for reasons why this item might not work within RimWorld.
Current visibility: Hidden
This item will only be visible to you, admins, and anyone marked as a creator.
Current visibility: Friends-only
This item will only be visible in searches to you, your friends, and admins. 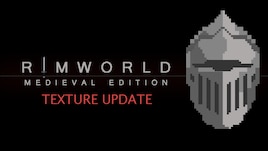 Bonehead14
Offline
See all 728 collections (some may be hidden)

NEW UPDATE HAS ARRIVED!! (Courtesy of OttersHoldHand)
*note: this is a beta version of the mod - more updates will be coming in the following weeks.

The Caliphate or the 'Rightly Guided Successors', was a vast empire which followed the death of a Prophet, it encompassed many nations. Equipped with well-crafted, expensive looking armour and weapons - this expansive tribe will add you to its Caliphate (if you let them).

The Pictish confederation was formed from a number of tribes—how and why is not known. Some scholars have speculated that it was partly in response to the growth of an empire. These ruthless barbarians could either your greatest ally or your worst enemy.

Vikings are viscous seafarers, mainly speaking an old long forgotten language of Rimworld, these raiders attack and plunder unsuspecting colonies. But they also provide trade to many other colonies (generally ones they've not just raided).

This mod includes the following;

Rapa26 Feb 27 @ 11:16am
For some reason all weapons from this mod have 0dps.. i have combat extended but its way above this mod so should i drop it behind maybe?