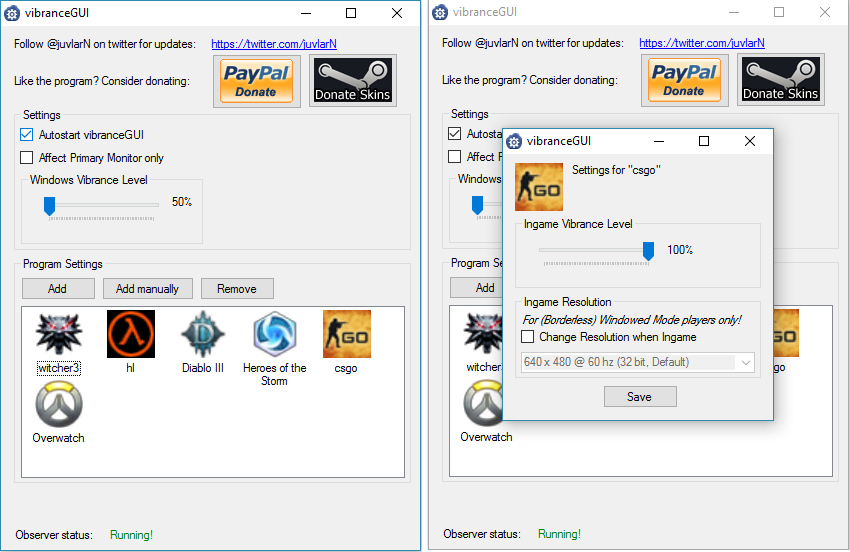 You will see that vibranceGUI will instantly change the vibrancy added to your monitor when switching through different processes. Several processes such as Spotify cause Windows to fire these events wrongfully on some occasions. VibranceGUI will try to make sure that you will not see any screen flickering. For more information, refer to the MSDN docs of SetWinEventHook[msdn.microsoft.com] as well as WinEventProc callback[msdn.microsoft.com].
< >
232 Comments