Store Page
Age of Wonders III>  Workshop > Der Mentat's Workshop
This item has been removed from the community because it violates Steam Community & Content Guidelines. It is only visible to you. If you believe your item has been removed by mistake, please contact Steam Support.
This item is incompatible with Age of Wonders III. Please see the instructions page for reasons why this item might not work within Age of Wonders III.
Current visibility: Hidden
This item will only be visible to you, admins, and anyone marked as a creator.
Current visibility: Friends-only
This item will only be visible in searches to you, your friends, and admins. 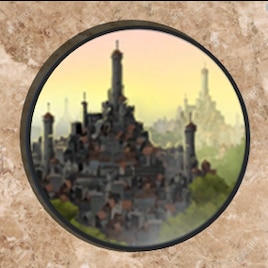 Der Mentat
Offline
See all 491 collections (some may be hidden)
You need DLC to use this item.

This item has been added to your Subscriptions. Some games will require you to relaunch them before the item will be downloaded.
Description
As the title says the main purpose of this Mod is to bring more depth to the Empire Building aspect of Age of Wonders. This includes as an essential part an expansion of the concept of Mythical City Upgrades – but the Mod contains also a lot of other content that is linked to the Empire Building idea: for example several new units for each race that get available if a city is developed in a particular way and that provide some substantial new synergy effects.


Features
For an overview of the features I’ve created a separate Manual:

It shows the changes and their purpose more illustrative than I could describe it here. Summarized the changes are related to the following things:

- 2 additional combat spells for every class that strengthen different ways for each class to use magic (e.g. combat summoning or crowd control)


Requirements
The Mod needs both DLCs.


Languages
The Empire Building Mod is available in English, German and thanks to mourioche for the most part now also in French (around 90% are finished).


Compatibility
Because this mod changes a lot of data the compatibility is not very high. To make it work together with the Triumphant Heroes you need additionally the following mod:
https://steamcommunity.com/sharedfiles/filedetails/?id=761551590&searchtext=empire+building
For compatibility with the PBEM and Single Player Balance Mod you need additionally:
https://steamcommunity.com/sharedfiles/filedetails/?id=947634602

To make it compatible with mods that change heroes you can use the reduced version instead:
https://steamcommunity.com/sharedfiles/filedetails/?id=956473040
It removes all hero upgrades from the Empire Building mod though.
Popular Discussions View All (8)

Warpig Apr 18 @ 2:00pm
Is there any shadow realm compatibility to this?

Der Mentat  [author] Feb 22 @ 11:09am
@Jowry: That's really not a bad idea but I'm pretty sure there's nothing in the modding tools that allows to count the number of treasure sites of the same type within a city. So the only way I could change it would be to enable always both upgrade options (even with just 1 site).

Apart from that there's another issue: I can hardly find enough time to work on the Adventure Mod already. So, adding features for the EBM would delay everything even more. Therfore I currently don't plan to work on new updates for this mod, it's just too time-consuming...

Still, thanks for your feedback!

Jowry Feb 10 @ 6:03am
about the new mythical city upgrades and the mechanics of preventing the other from being built, I think it would be better if you could build the 2 mythical city upgrades from the same treasure site if there are 2 of the same treasure site in the domain, for example, if you have 2 wizard tower ruins in your domain, you can build both Arcane Catalyst and Library of the Arcane Arts

Castellan of sea May 26, 2021 @ 8:32pm
I wish their is a compatibility mod for Shadow realm and Wastelands...
When I use two mods together some of shadow realm and wasteland unts have missing body parts or clothes become invisible.

TemplarKing May 9, 2021 @ 6:18pm
Is there a list of all the units you used in this? I am going to attempt to make a compatability patch for "Leveled units very strong"