Store Page
RimWorld>  Workshop > Katavrik's Workshop
This item has been removed from the community because it violates Steam Community & Content Guidelines. It is only visible to you. If you believe your item has been removed by mistake, please contact Steam Support.
This item is incompatible with RimWorld. Please see the instructions page for reasons why this item might not work within RimWorld.
Current visibility: Hidden
This item will only be visible to you, admins, and anyone marked as a creator.
Current visibility: Friends-only
This item will only be visible in searches to you, your friends, and admins. 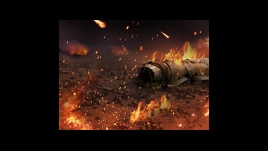 Katavrik
Offline
See all 2558 collections (some may be hidden)

This item has been added to your Subscriptions. Some games will require you to relaunch them before the item will be downloaded.
Description
Version: 13.00

This mod changes the game start. It adds a new event, that drop a different spaceship parts on the landing site from the sky. Pods with colonists, containers with resources, engines with flammable fuel, and other useful and dangerous things. This event triggers at the start of the game, so your arrival will be much more similar to the movie crash landing. With the fire, explosions, dead and wounded people.

You will need to organize the rescue of wounded colonists and supplies. The fire will be your main enemy. It will start as small fires on the impact tiles, but quickly grow in major fire. Beat the small fires or evacuate supplies. Watch out for other dangers.

This mod tries to add a new gameplay, when you need to choose between resources and wounded peoples. And may be between wounded and maimed.

!!!--------- Important uninstall issue ---------!!!
Since you can create your own scenario by editing one of the crashlanding scenarios, you need to delete all such scenarios manually, before uninstalling the crashlanding. Otherwise the game fails to start any new game.
Popular Discussions View All (18)

Can we get a toggle to turn off the later events?
Epic Store Exclusive

arcbeast Jan 1 @ 8:42pm
It would be nice to be able to disable Royalty content spawning in the crashed modules with a mod option. It feels weird to have your (presumably not empire) ship come down with a bunch of crowns and eltex artifacts. Maybe a per item disable with a per-mod mass-select shortcut?

Bazalisk Dec 30, 2020 @ 11:29am
this mod makes you regret having lots of RAM, it never rains, the map is all fire, everything that lands burns, all survivors do not indeed survive. you just sit there watching the worlds burn with little to no chance to save those wounded from the crash, you can't even leave the map yet as most your your people are downed.

Splatter Panda Dec 27, 2020 @ 5:28pm
Glitch when using this with Combat Extended. Crashing cryptosleep caskets only spawn one healthy pawn, regardless of settings. Rest of the crashing happens correctly.

codeoptimist Dec 10, 2020 @ 10:53am
Hi @Katavrik! Nice mod!
I just wanted to make a suggestion that since your mod adds crashed cargo directly with ThingMaker.MakeThing() that you could incorporate a check of ThingSetMakerUtility.CanGenerate(thingDef) for each (as is done for ThingSet.Generate() the vanilla scenario uses). This should make it compatible with mods that patch CanGenerate() to false for certain things... like one of mine. 😁 Just a thought. Thanks friend! ♥

Katavrik  [author] Dec 1, 2020 @ 7:27pm
@Gwinnbleidd, if you have a solution for some mods compatibiliy bugs, i certanly add it to the mod. I just dont have a willpower to search for such bugs, and will be thankfull for any help.

Yes, i can add a tribal scenario to the mod. I was trying to have a fewer scenarios, to not grow scanario list too much. But if there need for tribal start crashlanding, i can add it.

I think I've fixed it in my fork, or at least no one reported it after i've fixed it.
I'm wondering whether you have a fix of your own or interested in mine (since I'm pretty sure you know better how your mod works lol).

Also, I've added a 3rd scenario (tribal start+hard crash). It's just a minor XML. Are you willing to add it to your version?
< >