Store Page
Arma 3 >  Workshop > poolpunk's Workshop
This item has been removed from the community because it violates Steam Community & Content Guidelines. It is only visible to you. If you believe your item has been removed by mistake, please contact Steam Support.
This item is incompatible with Arma 3. Please see the instructions page for reasons why this item might not work within Arma 3.
Current visibility: Hidden
This item will only be visible to you, admins, and anyone marked as a creator.
Current visibility: Friends-only
This item will only be visible in searches to you, your friends, and admins. 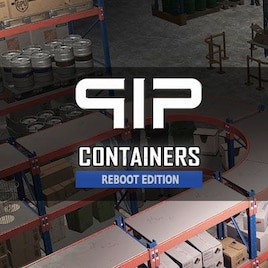 poolpunk
Offline
See all 3430 collections (some may be hidden)

This item has been added to your Subscriptions. Some games will require you to relaunch them before the item will be downloaded.
Description
Everyone loves Looting.

Reboot! Edition is a complete overhaul of this Addon; A sample mission with all assets placed in VR is part of the download.

This Addon will add hundreds of Containers in Cargo, Physx and static Versions.
See a list of the available assets in the Excel file that should be included.

Thanks Auss for helping me out with a door animation.

Base Model of Woodbox (Long) donated by devilslayersbane from BI Forums (Thanks for that one!)

Most of these artists can be found on cgtrader.com and turbosquid.com.

One or more textures used on the models included have been created with images from Textures.com.
These images may not be redistributed by default. Please visit www.textures.com for more information.


Disclaimer:
=================
Any unauthorized modification of the released files is not allowed without any written permission by the author(s).
You are using those files at your own risk.
Author(s) of those files are not liable for any damage or loss of data caused by using of those files.
Usage of those files is also prohibited for any commercial purposes.
Popular Discussions View All (1)

Ace Aug 25 @ 3:34pm
This is a fantastic mod, but one thing irks me. ACE doesn't let me drag or move any of these objects, and attempting to set these traits in the Eden editor doesn't yield any results. Could you make an ACE compatibility patch wherein it lets us drag these objects around?

The General Jul 11 @ 9:28pm
I just want to get to the point I am asking all of you for your help, I’m looking to work on a project with the help of the modding community that worked on mods from silent hunter 3/4 and other games, I know that what i’m asking is a lot to ask for so if you would give me a chance to explain

I would be grateful, I'm looking for about 25 people with experience with mod deployment for a project I have in mind to make a game that would be somewhat a spiritual successor to silent hunter 4 using the unreal engine 5

It would be even greater if you provided preview pictures for the editor.
Is it possible ?

zapeur34000 Nov 12, 2021 @ 7:26am
Hello. Very good mod.
In the Eden editor I can place boxes on trucks and when I play I can remove then from the truck but I can't replace them on the truck with the character. Is it normal ?

dingleberry Oct 22, 2021 @ 3:38am
Great mod, I really like the variety. Only gripe with it is the lack of preview images