Store Page
Arma 3 >  Workshop > Jezuro's Workshop
This item has been removed from the community because it violates Steam Community & Content Guidelines. It is only visible to you. If you believe your item has been removed by mistake, please contact Steam Support.
This item is incompatible with Arma 3. Please see the instructions page for reasons why this item might not work within Arma 3.
Current visibility: Hidden
This item will only be visible to you, admins, and anyone marked as a creator.
Current visibility: Friends-only
This item will only be visible in searches to you, your friends, and admins. 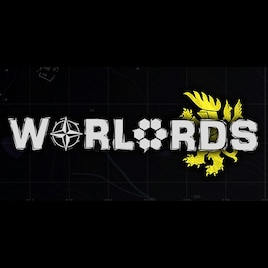 Jezuro
Offline
See all 700 collections (some may be hidden)

This item has been added to your Subscriptions. Some games will require you to relaunch them before the item will be downloaded.
Description
Warlords for Arma 3 is a multiplayer mode set up as a sort of Sector Control / CTI hybrid supporting TvT, PvP as well as COOP and even solo play against the AI.

Detailed info, including how to set up your own Warlords mission, can be found on the BI forums: https://forums.bistudio.com/topic/182339-warlords/

DISCLAIMER: Although I'm a BIS employee, this is an UNOFFICIAL mod and should be treated as any other usermade content.

How do I run it?
After subscribing on Workshop and restarting the game, Warlords scenarios will appear when setting up a MP game. Stratis and Altis both have their dedicated missions.

Core mechanics
There are three contesting factions: BLUFOR, OPFOR and Independents (AAF). BLUFOR and OPFOR can be controlled by players, AAF is always AI only.
BLUFOR and OPFOR start in their bases and respawn there. In every scenario, there are multiple sectors linked with each other and with the bases themselves.
All sectors except faction bases are initially controlled by AAF.
All sectors except the player's faction's base are initially locked and inaccessible (zone restriction).
At the start of the game, players vote for the sector to unlock and attack via the Sector voting tab in the map screen.
Players can vote only for sectors directly linked with a sector controlled by their faction (at the start it's only those connected to their faction's base).
Once a sector is selected, it's unlocked and zone restriction is removed for the entirety of the game.
This means that even if a faction seizes a sector and then loses control over it, the sector can be reclaimed by that faction even without being selected again.
A sector is seized when the attacking faction is the dominating presence in its area.
Seizing progress is shown by a HUD in the bottom right corner of the screen.
Once the selected sector is seized, players vote for another sector, then another, ... until they select the enemy faction's base.
If a sector is targeted and was previously seized by the other faction, garrison of that faction will be spawned and defend the sector. This can happen only once per sector.
When a faction's base is targeted by the enemy, the members no longer respawn in the base but some distance away.
After a while after the base is targeted, Fast travel to the base is disabled as well.
The game ends when either BLUFOR or OPFOR lose control over their base.

Command Points
Each sector periodically (every 60 seconds) generates Command Points (CPs).
The amount of CPs generated by each sector might be different. It depends mainly on the sector side, its importance and how heavily it's guarded.
CPs are stored for each player individually.
Current amount of CPs and their income rate is shown by a HUD in the bottom right corner of the screen.
CPs are used to request soldiers, vehicles, gear etc.
Seizing a sector for the first time generates CPs equivalent to 10 minutes of controlling the sector.
Small amount of CPs is generated by eliminating enemy units and vehicles.

Troops & hardware
Players can make various requests in exchange for Command Points via the Request tab in the map screen.
If a player requests soldiers, vehicles or an ammo box, he has to airdrop them on a specified location.
The location can be either a controlled sector or the player's position (which is significantly more expensive).
Maximum size of player's group is 10 men. This number is lower at the game start and increases over time, but can also decrease if subordinates die rapidly. This is to prevent zerg rushes and give some value to their lives.
Current available subordiate slots are shown by a HUD in the bottom right corner of the screen.
Planes, helicopters and naval hardware can be requested only if the player's faction currently holds a sector with the proper disposition. When requesting one of these:
Aircraft is delivered to the neirest sector with required disposition (heliport or airstrip).
Boats and SDVs are deployed anywhere on a water surface (player clicks on map).
Static defences are placed manually by the player.
With the exception of ammoboxes and static defences, all requested hardware will be deleted if not used for a specific time to prevent performance loss in long sessions.


Sector scan
Sector scan reveals all enemies inside an unlocked sector to a faction which requested it.

Detailed info, including how to set up your own Warlords mission, can be found on the BI forums: http://forums.bistudio.com/showthread.php?192736-Warlords
Popular Discussions View All (21)

Stormdancer Oct 9 @ 9:00am
I really like the mode, but could you please explain how I can play as AAF against Bluefor or Opfor? It would be really great if we could change the factions. For example play as AAF against CSAT, while AI NATO holds the towns.

So if you disable that only have fast travel to held sectors enabled I would expect the AI to choose to spawn on the nearest sector to the target zone. Only they never do, which means they always run from main base which just slows the game down in a pretty catastrophic way.

Anyway to fix this?

Kilo Sierra Jun 26 @ 4:10pm
is there any way to customly assign factions to the BLUFOR/OPFOR/INDEP factions like how we can in Dynamic Recon Ops and Dynamic Combat Ops?

sloburn May 26 @ 7:37pm
i need help applying this to my nitrado server. ive done this before but i cant get it back up and running again

Allestöteles May 19 @ 11:24am
Solo needs a respawn mechanic. Makes no sense the game is over when you die

Octo May 11 @ 6:10pm
Any method of changing the sector once it's already voted on? I have no way of teleporting to a sector that's not connected to an already captured one

DannyUK Apr 5 @ 11:31am
Just to add, I got the save to work but when you save and exit then go back into resume the game you can't use hold I to bring up the menu to buy things. Holding I just brings up the inventory, not sure why this is, maybe because of Arma updated?

DannyUK Mar 27 @ 11:44am
I don't know if others have this problem but as the game moves on and I assume more assets are spawned it freezes for awhile then starts again. It does this in game all the time, I assume it's because of more things spawning? But you never get this in multiplayer, never pauses or freezes to load things in. Anyone help with this?
< >