Store Page
Arma 3>  Workshop > CBATeam's Workshop
This item has been removed from the community because it violates Steam Community & Content Guidelines. It is only visible to you. If you believe your item has been removed by mistake, please contact Steam Support.
This item is incompatible with Arma 3. Please see the instructions page for reasons why this item might not work within Arma 3.
Current visibility: Hidden
This item will only be visible to you, admins, and anyone marked as a creator.
Current visibility: Friends-only
This item will only be visible in searches to you, your friends, and admins. 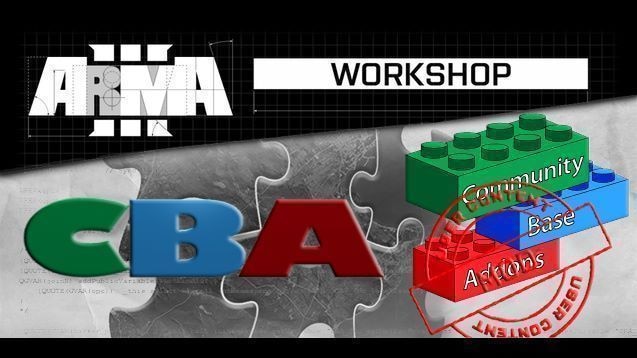 CBATeam
Offline
See all 119002 collections (some may be hidden)

This item has been added to your Subscriptions. Some games will require you to relaunch them before the item will be downloaded.
Description
CBA: Community Based Addons for Arma 3
What does the name Community Base Addons mean? It is a system that:
Documentation
Full documentation is available at GitHub[cbateam.github.io]

Licensed Under GPLv2
Any addon which calls CBA-defined functions need not be licensed under the GPLv2
or released under a free software license. Only if you are directly including CBA code
in your addon's binarized PBO or redistributing a modified version of CBA itself would
your work be considered derivative and therefore be legally required to be released under
the terms of the GPL. (And there's no reason to ever do either of these.)