Store Page
Arma 3>  Workshop > flurry's Workshop
This item has been removed from the community because it violates Steam Community & Content Guidelines. It is only visible to you. If you believe your item has been removed by mistake, please contact Steam Support.
This item is incompatible with Arma 3. Please see the instructions page for reasons why this item might not work within Arma 3.
Current visibility: Hidden
This item will only be visible to you, admins, and anyone marked as a creator.
Current visibility: Friends-only
This item will only be visible in searches to you, your friends, and admins. 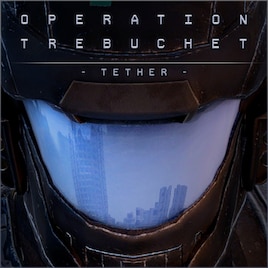 flurry
Offline
See all 13 collections (some may be hidden)

First off, my apologies I managed to delete the original mission while trying to push an update to Steam while using 3DENs "Workshop Scenario Management" (I pressed too many backspaces???)

Difficulty: Easy to Medium (there is a script which increases player health, however please see bugs section below)

Thank you for downloading and playing! If you like it, please give it the thumbs up and comment. If you find any issues or think of improvements, please let me know in the comments.

Credits
Huge thanks to Milton for supplying the Voice Over work, it just would not be the same without it.
Scripts from ALIAS were also a huge help in creating the mission.
And of course, massive thanks to Article 2 Studios who created this amazing mod in the first place.

Music:
Edits from the Halo 3 OST by O'Donnell / Salvatori Inc.

flurry  [author] Apr 14 @ 6:19am
@dog Thanks, I've replayed the mission and the actions all appear correctly to me, it's not a common issue afaik. Once you reach the wreckage the 'Perform Technical Salvage' task should automatically assign, the first task is a panel on the pelicans nose; be on the look out for the 'Access' text that comes up when you approach and press the use key, the next one is some debris on the ground to the right of the nose, the final at the rear of the pelican, all should have 'Access' appear on screen when you look at and are near them.

dog Apr 12 @ 11:40pm
This scenario seems super cool, I love the space elevator tether setting but it seems to be broken for me. I can't complete the "Perform Technical Salvage" tasks, there's no interaction menu options on either of the objects, as far as I know I don't have any mods that would interfere, just client side visual mods, is this a common issue?

mitigatedaxe96 Mar 23 @ 12:37pm
this was alot of fun to play and i would love to see more of these missions

Griever Feb 15 @ 12:39am
This is phenomenal, I wish there were more missions like this. Wonderful job!