Store Page
Arma 3>  Workshop > Vectif's Workshop
This item has been removed from the community because it violates Steam Community & Content Guidelines. It is only visible to you. If you believe your item has been removed by mistake, please contact Steam Support.
This item is incompatible with Arma 3. Please see the instructions page for reasons why this item might not work within Arma 3.
Current visibility: Hidden
This item will only be visible to you, admins, and anyone marked as a creator.
Current visibility: Friends-only
This item will only be visible in searches to you, your friends, and admins. 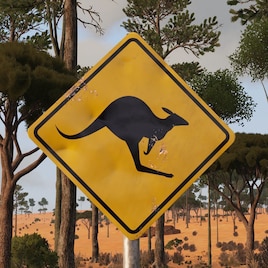 Vectif
Offline
See all 169 collections (some may be hidden)

This item has been added to your Subscriptions. Some games will require you to relaunch them before the item will be downloaded.
Description
Straya is a fictional modern terrain based loosely on the Australian Outback setting.

About:
Straya is a terrain inspired mainly by the Australian Outback regions, part of the inspiration also originally emerged from the Rainbow Six Siege "Outback" map, I also took inspiration from the cities in Take on Helicopters for the urban city areas. This map is by no means an exact representation of Australia, but I tried to replicate the vibes as closely as I could with what's available in the game and to the best of my efforts. I tried to keep an emphasis in both extremes of the spectrum, having very dense green forest areas, with very urban city areas, while also having some wilderness, deserts, and spacious towns. The outback was a theme that immediately captured me as it's a pretty unique sight, and to my knowledge, it has not been very explored in Arma terrains, so as I usually do, I wanted to make something unique and different. As always, it's another project I learned from to make and do better in the future. I hope you will enjoy!

Features:
Dense urban CQB city areas mixed in with spacious towns.
Vast outback deserts with a savannah-like setting.
Cities, towns, farms, military bases and factories among other landmarks (and easter eggs too!).
Custom billboards, signs, and cranes!
Miscellaneous areas going from forests, to outback, to a mixture of the two.

Support the creator
If you like my work, please consider donating![paypal.me] My computer is very budget and electronics are very expensive where I live, I don't have all the means nor the money to afford better hardware, I would appreciate having a more powerful computer for making more complex terrains in the future, not to mention work in a plethora of other projects I'm passionate about, all the things I make are passion projects of mine that I work on during my free time. Any amount is greatly appreciated and helpful, even just a single dollar is a lot for me﻿. If you like what I do, this would help me a lot.

If you'd like to learn of my next Arma 3 terrain project, feel free to check it out here:
https://forums.bohemia.net/forums/topic/234508-bastek/

Credits:
The Majestic Seagull for making some awesome australian-themed road signs for the terrain!
Rachid Hinton for making and designing plus object placement of the town of Allison & the farm settlement south of it, and for the 'Straya' billboard (can you get the refference?).
Bohemia Interactive for the Arma 2 Samples assets I retextured for the cranes and billboards.

Vectif  [author] Sep 26 @ 10:29am
@mqremwe hi, thanks for the pointers! Yeah, I recently learned about the way OOB stuff works in Arma, and I wasn't aware of it at the time.

The stuff with the clutter is fixed by having a good combination between objects and satellite map - however it's hard when the flora and ground are almost two opposite colours.

Mostly MSRs are painted on the satellite map (what you see from afar), but not all of them, I learned how to do that late, and had to fix and adapt things on the go.

These are all things I learned either during or after working on this terrain, that I certainly will be applying to future ones.

But yeah, thanks a lot for taking the time to write this feedback. I will definitely keep it in mind for future terrains and I'm already putting some of these things in rotation. I do not know if I'll feel like coming back to this terrain to do such changes anytime soon though as I've moved on to other projects.

mqremwe Sep 26 @ 8:48am
very pretty map great colors.
few things id like to say though.
maybe the limits of the map could be a bit further, so the ocean portion isnt just 100-150 meters?(idk how ai reacts to going outside map borders at sea, but on land they will walk through objects if the objects are outside map borders)

the grass, bushes, clutter looks really good up close, but as it disappears in the distance its pretty inconsistent, idk if there is much solution to this.

roads arent on the, mid/long range texture thing? you know when looking at a road from certain distance it totally disappears, some maps have a painted "road" that remains visible even after the road disappears at distance.

i like the woods and that orange sand so much i wish there were more big woods.

but really the map is great work, i couldnt do anything as good as this myself.
the cities look really nice and imo different from other maps, i like the points of interest and the mesa like things on the map are very pretty.

Vectif  [author] Aug 29 @ 10:43am
@Predator14 I will gladly accept your help if you wanted to make custom assets and 3D models

Predator14 Aug 29 @ 9:56am
no personalized asset for the city? Australia looks like for the desert, the rest is zero, your map is useless.

Vectif  [author] Aug 21 @ 11:45pm
thank you! I love working on projects. Feel free to check out my upcoming terrain in development: Bastek!
https://forums.bohemia.net/forums/topic/234508-bastek/