Store Page
Dota 2>  Workshop > berenoune's Workshop
This item has been removed from the community because it violates Steam Community & Content Guidelines. It is only visible to you. If you believe your item has been removed by mistake, please contact Steam Support.
This item is incompatible with Dota 2. Please see the instructions page for reasons why this item might not work within Dota 2.
Current visibility: Hidden
This item will only be visible to you, admins, and anyone marked as a creator.
Current visibility: Friends-only
This item will only be visible in searches to you, your friends, and admins. 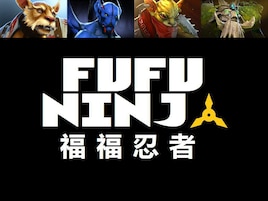 Gaming In Asia
Offline
See the collection (may be hidden)

This item has been added to your Subscriptions. Some games will require you to relaunch them before the item will be downloaded.
Description
In Fufu Ninja, there are no allies. Ninjas only have 1 HP. First one to get 50 kills wins the game. Fast paced FREE-FOR-ALL action makes this the ultimate test of ninja skills. Easy to learn, hard to master.

Want to practice for Fufu Ninja tournaments? You can now play against bots! Ninja bots are automatically added if the game is started with less than 10 players.

Fufu Ninja is based on Fufu United Ninja All-Stars, a Warcraft 3 custom game.

transpork Oct 6, 2020 @ 3:13am
was wondering why my friends' name and I are not updated on the leaderboard when we won two times. was it a bug or twas something else?

Pinoy Game Store Sep 27, 2020 @ 12:23am
I'll be organizing Fufu Ninja tournaments in the SEA region just like back in Garena Warcraft 3. Just message me on my Facebook page if you want to join. Prizes await!