Store Page
Arma 3 >  Workshop > Freestyle_Build's Workshop
This item has been removed from the community because it violates Steam Community & Content Guidelines. It is only visible to you. If you believe your item has been removed by mistake, please contact Steam Support.
This item is incompatible with Arma 3. Please see the instructions page for reasons why this item might not work within Arma 3.
Current visibility: Hidden
This item will only be visible to you, admins, and anyone marked as a creator.
Current visibility: Friends-only
This item will only be visible in searches to you, your friends, and admins. 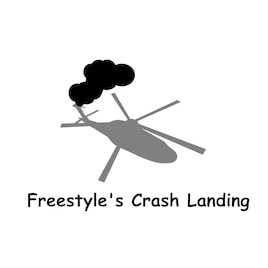 Freestyle_Build
Online
See all 5023 collections (some may be hidden)

This item has been added to your Subscriptions. Some games will require you to relaunch them before the item will be downloaded.
Description
Please consider reading the FAQ[github.com] and the 'Notes' section on this page before asking questions in the comment section, many issues and question are already answered there. Thank you!
A while ago I found the Surviable Crashes mods in the workshop, a mod which allowed you to survive the destruction of your aircraft to attempt a crash landing.
However the mod has not been updated for more then 2 years now and there are some issues (e.g. AI units inside helicopters allways die), so I decided to create my own crash landing mechanics.

Many thanks to everyone who provided or still provides feedback on this mod. It is really appreciated! And special thanks to Steam User @Brazzer for rewriting and restructuring large protions of the mod into the current structure! As weel as to @Captain828 for providing code for the player only function!
Features:
Important Links:
How the mod works
Upon taking too much structural damage, in vanilla Arma aircraft will simply explode, killing every passenger. With this mod enabled structural damage is capped at a certain threshold (can be adjusted in the settings, ranges from 0 to 0.99, default is 0.99), upon reaching this cap the aricraft will start to burn, indicating its status. Every additional damage to the structure is then stored in a special state variable for the aircraft, once the state threshold is reached the aircraft can be destroyed as usual. The state treshold can also be adjusted via the settings, ranging from 1 to 100, with default 10, it describes how many time the aircraft can take additional structural damage before exploding, for example 10 means the aricraft survives 10 times as much damage before exploding.
This enable the crew to survive and attempt to eject or land the crashing aircraft but be aware that hitting the ground causes massive damage!
Additionally neither players nor AI crews are protected from damage while in the aircraft, while your helicopter might survive an AA missile and begin to crash, you will be damaged too.It might happen that you die in an aircraft due to the damage dealt AA weapons (often in forms of explosions) while your aircraft still remains flyable.

Compatability
The mod is compatible with ACE and ACE medical, as well as most aircraft mods.
Since their last update RHS added their own helicopter damage behaviour which prevents my mod from working properly on RHS helicopters, you can still load both mods, but my mod can't take effect on the RHS aircraft. This change is caused only by the RHS update and other mods should still be compatible (except mods that use RHS helicopter, like some faction mods)

Willy Foo Foo Nov 24 @ 7:37am
Do this work for the Hatchet Framework helicopters? Im guessing not because this mod has its own damage models due to it being an advanced helicopter

_mickey_ Jul 23 @ 1:01pm
Quote "enemies won't attack a crashing aircraft, until it lands or the crew ejects/disembarks" - unfortunately looks stupid and unrealistic. It is not clear For what reason the enemy must stop his attack every time precisely at such situations. This one reason why I don't want to try this mod...

Ace May 5 @ 7:52am
This mod always makes aircraft nigh indestructible while grounded, and its effects seem to bleed over to other vehicles that it shouldn't, such as tanks.

I don't like that air vehicles can take no damage while parked on the runway. That is a perfectly valid time to destroy them with a spray of 20mm gunfire for example. Or an ATGM.

Black-Jack Apr 7 @ 9:33am
Mod works but I think there's a soft incompatibility with Drongo's Air Operations. I was sitting in a helicopter with my AI teammates, using Drong's "Insert" command to land us at a specific location, when we got spanked by RPGs. Now, the Pilots stayed in their seats, and the setting for them to do so was on. My AI teammates did not, and fell to their deaths. The insert function kicks them out when the helicopter we're in touches down at the LZ, and we did actually get shot down right on top of it. If that happens again, I'm going to see if I can select my teammates and hit "Stop" and see if that prevents them from falling out, or if it's just because of where we got shot down at.

-Bl4ckH4wK- Mar 3 @ 10:49am
I think this mod works now with vanilla only. Dam, what a shame! So many great aircraft add-ons but i guess they are not compatible.
< >