Store Page
Hearts of Iron IV >  Workshop > Lonely Knight's Workshop
This item has been removed from the community because it violates Steam Community & Content Guidelines. It is only visible to you. If you believe your item has been removed by mistake, please contact Steam Support.
This item is incompatible with Hearts of Iron IV. Please see the instructions page for reasons why this item might not work within Hearts of Iron IV.
Current visibility: Hidden
This item will only be visible to you, admins, and anyone marked as a creator.
Current visibility: Friends-only
This item will only be visible in searches to you, your friends, and admins. 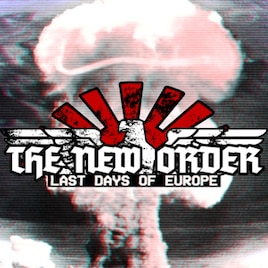 TheGentileVirgin
Offline
See all 847 collections (some may be hidden)

Hitler lays on his deathbed even as the first German raumsonaut lands on the moon, and already the vultures pick at his corpse. Albert Speer, Martin Bormann, Hermann Göring and Reinhard Heydrich each prepare to take power in the Reich, and the world waits with baited breath for the storm that is surely coming. Outside of the Reichstag in the megacity of Germania, partisans prepare for their final struggle, and Heinrich Himmler plots to bring the world to the edge from his spartanist utopia in the Ordenstaat of Burgundy.

Across the seas, the United States gathers allies to prevent the fall of democracy in the world, struggling to contain its own politics long enough to tear up the treaties that had ended the Second World War.

In Asia, the Japanese Empire groans under the weight of rivals within as well as without, as a hundred different cultures struggle and begin to cooperate in the goal of finally overthrowing their slaveholder.

In the Mediterraenan, an old alliance feuds with itself. A reformer in Italy seeks to create a hotbed of democracy in Europe as an aging Franco fights to keep control of Iberia.

Russia is shattered, and dozens of warlords scrabble to pick up the pieces of a broken nation and restore what Bukharin lost.

The world teeters in a careful balance. Will it survive to see a new millennium, or is this the beginning of the end?

After years of development and two gameplay demos, The New Order: Last Days of Europe has finally been released! This mod contains the following features, among dozens of other secrets hidden throughout the game:

Bugs
While we strove to polish the release, there is no doubt there are still plenty of bugs waiting to be discovered. Please report any on our Discord here: {LINK REMOVED}https://discord.gg/NUmjGny, or on the Steam discussion pages.

Discord
Our Discord can be found here: {LINK REMOVED}https://discord.gg/NUmjGny

Please read our rules and enjoy our community of over 10,000 people!

TV Tropes
We have possibly the largest TV Tropes page for any game mod out there! Find it here: {LINK REMOVED}https://tvtropes.org/pmwiki/pmwiki.php/VideoGame/TheNewOrderLastDaysofEurope