Store Page
ARK: Survival Evolved>  Workshop > nevcairiel's Workshop
This item has been removed from the community because it violates Steam Community & Content Guidelines. It is only visible to you. If you believe your item has been removed by mistake, please contact Steam Support.
This item is incompatible with ARK: Survival Evolved. Please see the instructions page for reasons why this item might not work within ARK: Survival Evolved.
Current visibility: Hidden
This item will only be visible to you, admins, and anyone marked as a creator.
Current visibility: Friends-only
This item will only be visible in searches to you, your friends, and admins. 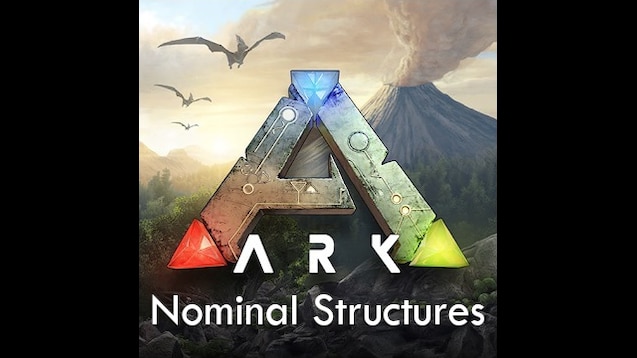 See all 68 collections (some may be hidden)

This item has been added to your Subscriptions. Some games will require you to relaunch them before the item will be downloaded.
Description
ModID: 2047386374
Nominal Structures - a fork of Structures Plus focused on fixes and small improvements only.

Deprecation Warning!
This version of Nominal Structures is out of date and only being preserved here so that server admins can continue to run it with no risk to existing structures. It is based on the 2019 version of S+, and not the 2020 Update. There will be no further updates to this version.

A newer version is available here: Nominal Structures 2.0. N+ 2.0 is based on the 2020 version of S+ with all the same changes and improvements that this version has - and more.

Compatibility with S+
N+ is a drop-in replacement, only the config header changes to [NominalStructures]. This means that you can replace S+ with N+ and not lose any of your structures.

The only changes you need to perform are to change the Mod ID, and change the config header from [StructuresPlus] to [NominalStructures] in GameUserSettings.ini (if you changed the configuration at all)

Changes in N+
Only changes compared to S+ are listed here. You can refer to the S+ documentation for a full list of features and configuration options.

Disclaimer
This mod was primarily created for use on my own servers, although due to multiple requests from other players I am gladly providing it for anyone to use.
The main goal for N+ is to provide a short-term replacement for S+, which has started to show its age (green circles around troughs anyone?).

I will maintain N+ for the forseeable future, and while there are some plans for more fixes, QoL changes and a handful of new structures, N+ will not be fundamentally changed.

For feedback, bugs and suggestions, please join us on Discord

Do note that it has always done this, since WildCard took these items from S+ and they forgot to rename them - S+ had them first, which N+ is based on.

Simply renaming them now would be a breaking change for people that actually use the N+ Dedicated Storage, as the vanilla one cannot contain as many stacks, and resources would be lost. Hence these changes were not done here, and N+2.0 is being offered which fixes these things, among many others things.

MaidenSkyrim Jan 5 @ 10:56am
I noticed that whenever I place Tek Dedicated Storages (because they are factually 100% superior for everything that does not have a spoil timer) I come back the next day and they've all been ruined by being turned into their n+ variants, I understand this to be because both items have the "PrimalItemStructure_DedicatedStorage" filename and because of this dedicated storage is completed destroyed this mod was so amazing until it started destroying all vanilla structures. Please edit the name just by 1 character so it stops ruining the factually superior vanilla versions?

NeuroticHeretic Aug 29, 2020 @ 11:18am
Having an issue with the N+ Electrical outlet box crashing Ark Server, anyone else experiencing this?

grieferbastard Jul 25, 2020 @ 8:54pm
I have two mods. This one and Ultrastacks. I had S+, but did the drop in replacement and changing mod ID to switch to this one and it worked perfectly.

However I've run into an issue since then - The Chemistry Bench won't work. It's got an electrical outlet sparking next to it and the Fabricator right next to it (further from the outlet even) is powered. It has a stack of gasoline in it. However it says 'unpowered' and normally I'd have the 'turn on' option in its inventory to start using gas and running it, that option isn't there.

Anything anyone can think of?

Ryno8756 Jul 17, 2020 @ 3:58pm
Just installed this instead of S+. After placing a structure down, the remote briefly allows me to pick it up. But if I leave and come back to it, the structure is no longer highlighted when I am in Pick Up Mode with the remote. How do I solve this issue?