Store Page
RimWorld >  Workshop > Mlie's Workshop
This item has been removed from the community because it violates Steam Community & Content Guidelines. It is only visible to you. If you believe your item has been removed by mistake, please contact Steam Support.
This item is incompatible with RimWorld. Please see the instructions page for reasons why this item might not work within RimWorld.
Current visibility: Hidden
This item will only be visible to you, admins, and anyone marked as a creator.
Current visibility: Friends-only
This item will only be visible in searches to you, your friends, and admins. 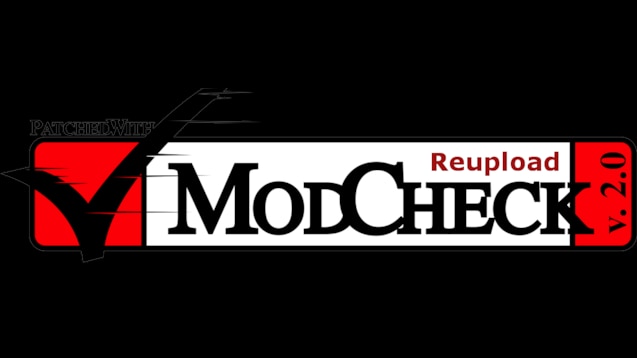 This item has been added to your Subscriptions. Some games will require you to relaunch them before the item will be downloaded.
In 1 collection by Mlie
Mlie's resurrected mods

This mod has not been tested with many mods as I havent found many that uses it. If you test this with a mod and it doesnt work please leave a comment. I will try my best to support this mod.

The primary task for ModCheck is to remove the need for patch mods. It's done by adding test operations, which can tell if another mod is loaded, if one mod is before another, is of at least a certain version, either in About or in ModSync. Each of those can be reversed (not loaded etc).

Adds logic operators, like sequence, AND, OR, If else conditions. This can be used together with the test operations or vanilla operations to make complex test conditions if needed.

Boost performance. Need to do multiple patching operations on the same building? Search, keep the result and run a list of patches without performing a full xpath search for each operation.

Added a bed and want it to appear in the build menu next to the vanilla beds? The Move operation allows you to alter where your modded building will appear.

Feature rich log writing. Get operations to write messages, warnings and errors if operations succeed or fail. Tell the user if a needed mod isn't loaded or load order is incorrect. Also allow writing conditionless with whatever message you might want to add.

Profile patches. Measure how much time is spend on each patch. ModCheck is aware of which mod owns which patch, meaning you can get a precise view of the startup time of your mod. You can name your patches if root operation is from ModCheck, like ModCheck.Sequence. This will allow performance printout with names rather than just patch 1,2,3....

Mod Load Order:
In most cases this doesn't matter, but early is recommended.

The only problem with load order comes from mods including an outdated version of ModCheck. If that is the case, then the newest version of ModCheck needs to be first. If this happens, then ModCheck will provide an error, which should make the issue easy to fix, both for players and mod creators.

v1.8
This is a significant update from a coding point of view. B19 vanilla changed completely regarding patching.
While the code is significantly better, all Harmony calls from ModCheck had to be redesigned and rewritten.


Earlier versions mentioned in the B18 mod page

Mlie  [author] Jul 1 @ 2:12pm
@cursed If you find any, please leave a link to them and Ill have a look if they need it or just havent switched to the vanilla-patches

This explains a lot..

Maybe I should read the descriptions better next time