Store Page
ARK: Survival Evolved>  Workshop > RedDwarf's Workshop
This item has been removed from the community because it violates Steam Community & Content Guidelines. It is only visible to you. If you believe your item has been removed by mistake, please contact Steam Support.
This item is incompatible with ARK: Survival Evolved. Please see the instructions page for reasons why this item might not work within ARK: Survival Evolved.
Current visibility: Hidden
This item will only be visible to you, admins, and anyone marked as a creator.
Current visibility: Friends-only
This item will only be visible in searches to you, your friends, and admins. 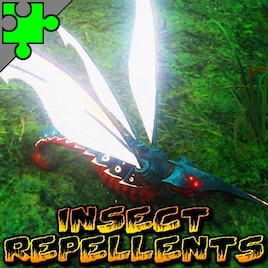 RedDwarf
Offline
See all 105 collections (some may be hidden)

This item has been added to your Subscriptions. Some games will require you to relaunch them before the item will be downloaded.
Description
Mod ID: 2012747951
This mod provides a few basic items to you safe from insects (insect swarms, ants, dragonflies, etc).

This is especially useful in Genesis' Bog biome!


And if you want to support the mod, don't forget to like/favorite!


Interested in creating ARK mods?
Come join us in the Discord chat!
https://discord.arkmodding.net
Note: You must own ARK: Survival Evolved in order to join. Once signed in, a custom discord invite will be auto-generated for you.

And a very special thanks to the following people who helped me along the way:
Popular Discussions View All (2)

Dovah.Queen Feb 14 @ 8:52pm
A bit. I feel like structures that passively serve a purpose should in turn require some mild upkeep.

Dovah.Queen Feb 2 @ 10:54am
Not sure if you're still updating the mod but would it be possible to get an option for the standing torch to require fuel?