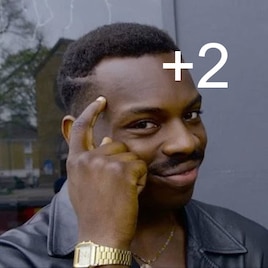 What it does
Why non respec-able? When I play the game I don't like even having the option to cheat. I think it's lame to have to play myself down so as to not become overpowered. And we all know what's going to happen to those memory points later on... straight to [Insert Damage Stat Here].

This is mostly intended to be used with my mod Just Let Me Build You!++ as you're starting with a few more skills, and 3 memory isn't going to cut it.

However, there's absolutely nothing stopping you from using this stand-alone.

Requirements
None! I've updated the mod so it no longer requires the extender. There's still a script in there to clean things up for people mid playthrough with the old version.
< >
11 Comments

Kodaxmax Apr 13, 2020 @ 9:18pm
Will this conflict with other mods that alter starting stats and/or stats per levelup? Specifically divinity unleashed: https://steamcommunity.com/sharedfiles/filedetails/?id=1953266629

My discord handle is frasdoge#1996

It won't say +2 Memory Boost anymore but it'll give the same memory. See the new screenshot in the gallery. I believe this is the cause for your confusion.