Store Page
Arma 3>  Workshop > Georg Ravioli's Workshop
This item has been removed from the community because it violates Steam Community & Content Guidelines. It is only visible to you. If you believe your item has been removed by mistake, please contact Steam Support.
This item is incompatible with Arma 3. Please see the instructions page for reasons why this item might not work within Arma 3.
Current visibility: Hidden
This item will only be visible to you, admins, and anyone marked as a creator.
Current visibility: Friends-only
This item will only be visible in searches to you, your friends, and admins. 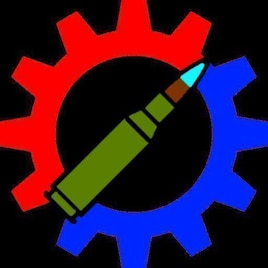 Georg Ravioli
Offline
See all 150 collections (some may be hidden)

This item has been added to your Subscriptions. Some games will require you to relaunch them before the item will be downloaded.
Description
Overview:
A lightweight mod adding mixed tracer/ball magazines and AP ammo types for RHS rifles and carbines. These provide a more immersive/realistic way to point out targets for your comrades, and increase lethality against RHS armor vests.

Features:
Mixed Ball/Tracer Magazines:
Dozens of new magazines have been added, with tracers every 3 to 5 rounds to assist in marking targets, without giving the enemy a constant reference to your position.

Tracer Behavior:
Many tracers have been modified from RHS default to reflect real-world behavior, including color, delay, and tracer life.

New Ammunition Types:
New ammunition types have been added, mostly armor-piercing types, to add some counters to the quite high armor values of RHS vests. Some existing AP rounds have been modified to better reflect real-world behavior.

New Magazines:
Some new magazine models have been added, to give some extra variety to weapons for those who don't use NIArms.
< >
63 Comments

Frost Jun 24 @ 9:58pm
Can you please make a stand-alone version of just RHSUSAF mags? Also, keep up the great work!

Or alternatively, would it be okay for my group to modify it to slim down just for RHSUSAF? My group does not use GREF and SAF.

Golas Sep 18, 2020 @ 11:17pm
Thanks mate, ill check it out and give you info back when iam done with this. Sometimes even small case letters bug gives shit in mod, when i made aftp units it was a pain in ass even that was simple retexture but binarization worked after a month or so ;)

Georg Ravioli  [author] Sep 18, 2020 @ 8:18pm
@Golas yeah go ahead and sign it yourself if you want, I've heard of problems like this with Linux servers but I don't know anything about them.
< >