Store Page
Divinity: Original Sin 2>  Workshop > Shirohô's Workshop
This item has been removed from the community because it violates Steam Community & Content Guidelines. It is only visible to you. If you believe your item has been removed by mistake, please contact Steam Support.
This item is incompatible with Divinity: Original Sin 2. Please see the instructions page for reasons why this item might not work within Divinity: Original Sin 2.
Current visibility: Hidden
This item will only be visible to you, admins, and anyone marked as a creator.
Current visibility: Friends-only
This item will only be visible in searches to you, your friends, and admins. 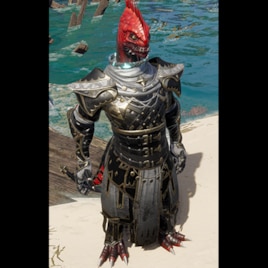 Shirohô
Online
See all 111 collections (some may be hidden)

This mod adds strong stats Armor and Weapons in a Crate at the beginning of Fort Joy (Act 1). These gear pieces also have exclusive stats, skills and more lore-friendly colors, and there are 4 copies of each. Because of game core modifications, won't work on saved games but helps to be fully compatible with any other mod. The body armors and weapons skills are unique, with new icons and visual effects.

This mod can't be used on save games because it creates a whole new set of item data and references. Why ? Because of 2 reasons i really craved for :


The gear will only be available in a crate located at the start of Fort joy, so never on sellers, Why ? because i think we already have too much mods jamming their sale inventory. It will all be level 1 and i advise to bring a leveling gear mod along to help keeping it fresh during your game progression (https://steamcommunity.com/sharedfiles/filedetails/?id=1499665212).

This mod add 7 armor sets for a total of 35 pieces called : <class>'s Divine/Origin <armor piece name>.
These sets are highly modified versions of Character creation ones. They have the same 3D models but have "refined" and better (imo) colors. They also have new pretty powerful stats explained roughly a bit further.

Each armor set colors were chosen depending of the idea to be worn by a specific character race, but of course you can affect them on any other race and discover the unexpected result. Here is how it was meant to be worn :

The sets' stats are almost all the same and are pretty strong i won't deny it, especially so early in the game :


This mod was supposed to be added on a Tactician game, and it's a (very) healthy start if you aim for the honor mode while being a afraid of it, but it will get harder by the end game since divine and epic can happen to have better stats.

This mod also adds 19 modded weapons. Like for Armors, they come with specific stats, a unique skill and colors meant to fit my favourite gameplay which is playing with 3 mages and one physical ranged :

Don't hesitate to alter their stats with Divinity Engine 2 or directly by extracting Mod files if you want to. If you do not (lazy, not willing, not knowing or afraid) they indeed are nicely effective weapons (High Bleeding, Shocking or Chilling chance, Making wet, Exclusive and unique cleaves and Critical, etc. and above all 2 runes slots !). But i tried not breaking the game, so they end up not more overpowered that a Divine or Epic rarity gear.

If you always dreamt about such mod and feel like im deserving a donation for all these passionate working hours, here is my paypal : shiroifushicho@gmail.com.

Beside that, if you still want to greets me more, there is another way invaluable to my eyes ...
I am a comic artist irl, like one, i struggle a lot to put my personal project on the saddle (still in the making). By just joining my facebook page here [www.facebook.com] (the best place for now) you will see my work, updates and i really deeply hope to see you joining me there. Any solider in my ranks means a big deal to me !
< >
25 Comments

Shirohô  [author] Mar 20, 2021 @ 12:25pm
@Divine i don't know mate, i didn't play the game for years and don't have any of its dev engine nor assets installed anymore. It will be really random depending of if they ajust the armor stats from a database or from any entry. keep me in touch if you want but i won't be able to help if it doesn work sorry.

Divine Mar 20, 2021 @ 9:03am
Can all these gear be leveled up with "Sourcerous Sundries" gift bag feature ? The one that adds merchants to level up gear just like the mod.

Professor Spank It Jul 15, 2020 @ 9:09pm
Would you be interested in making some of the melee weapons based around Fire Dmg instead of Air Dmg?

Michlo Jan 28, 2020 @ 11:34pm
Thank you for this mod. I'm enjoying having full outfit looks which, thanks to the Redress mod, I'm able to retain. My companion character is keeping his gear in full. :)

Loser Dec 20, 2019 @ 6:03pm
@Fujiwara No Mokou Just save and reload. Sometimes when splitting stacks it does that. That fixed it for me

HavocLordX Dec 18, 2019 @ 10:12pm
@kimu I've got a bug for some of the "Radiant" Weapons, Like the Radiant Dagger and Rapiere, I think the game is mistaking those weapons as if they don't have rune slots available, or they've been pre-emptively filled. can you do anything about this and fix them?

Loser Dec 9, 2019 @ 5:41pm
@Kimu thanks for the tips at least haha I'll see what I can manage to learn. If
I can't figure it out thanks for this mod. Cool idea obviously

Shirohô  [author] Dec 8, 2019 @ 10:22am
@Loser but i also know it can be understand by someone who don't know shit to coding or scripting, so it's not impossible for you to get it right fast. Im sorry i can't show you, it's still very long and i miss a lot of time in my life right now. The hint i can give you with the engine : Create a new project > create addon > tick load from story, target for story, pick a name > pick a level (usually fort joy), go in the stats section (orange icons), a windows will pop up, create new from selected = copy something and create a new item / replace = replace, then try to understand how this table works : )
< >