Store Page
Arma 3 >  Workshop > nkenny's Workshop
This item has been removed from the community because it violates Steam Community & Content Guidelines. It is only visible to you. If you believe your item has been removed by mistake, please contact Steam Support.
This item is incompatible with Arma 3. Please see the instructions page for reasons why this item might not work within Arma 3.
Current visibility: Hidden
This item will only be visible to you, admins, and anyone marked as a creator.
Current visibility: Friends-only
This item will only be visible in searches to you, your friends, and admins. 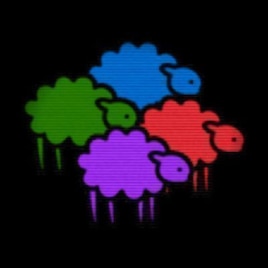 This item has been added to your Subscriptions. Some games will require you to relaunch them before the item will be downloaded.
In 1 collection by nkenny
Nopryl test server 2020

22 items
Description
A considerable expansion of vanilla Danger.fsm. Added are features which extend the enemy response and reaction to fire. Reuploading to Steam Workshop is not permitted.

Summary
The overall goal is to make buildings part of the AI's available terrain. The AI will dynamically enter and clear buildings holding enemy soldiers. The nature of the the danger.fsm does not make these features a replacement for dedicated scripts and clever use of waypoints.

The AI is a significantly more active combatant. The biggest changes is that the AI is now able to view buildings and structures as part of the tactical terrain. The AI will search through buildings, hide and garrison within, as well as provide suppressive fire against suspected enemy positions. In addition AI reactions to fire, even when the origin is unknown is expanded. The AI will also communicate threats to nearby allies.

Features
* AI will move inside buildings
* Perform suppressive fire (Vehicles will dismantle buildings)
* Panic, with special effects
* React, even when exact enemy position is unknown
* React by hiding in the presence of powerful vehicles when without equipment to deal with it
* Check dead bodies (Rearms if possible)
* Tanks will react by rotating towards threats
* Improved civilian reactions, hiding in buildings and checking dead bodies
* Dynamic Artillery system
* Custom waypoints for specific AI behaviour

Installation
The mod runs automatically for all factions, including RHS and CUP. To double check that the mod is runing, enable one of the debug variables.

Compatibility
The mod is fully compatible with ACE3, VCOM, but unfortunately not ASR. This version requires CBA.

Development
Check the gitHub for development variables to toggle or tweak gameplay features.

Join our Discord[discord.gg] for news, discussions, feedback and happy times.

Willy Stroker Jun 24 @ 2:16pm
is there a way to lower the engagement range for infantry? my rifleman are firing at dots

ColinM Jun 4 @ 9:53am
A bit more information perhaps. Is this client, or server side? Will it work out of the box without required changes?

diwako  [author] May 21 @ 2:13pm
IIRC agents should not run the danger fsm anyways, so it should be fine.