Store Page
Crusader Kings II>  Workshop > Lucasia's Workshop
This item has been removed from the community because it violates Steam Community & Content Guidelines. It is only visible to you. If you believe your item has been removed by mistake, please contact Steam Support.
This item is incompatible with Crusader Kings II. Please see the instructions page for reasons why this item might not work within Crusader Kings II.
Current visibility: Hidden
This item will only be visible to you, admins, and anyone marked as a creator.
Current visibility: Friends-only
This item will only be visible in searches to you, your friends, and admins. 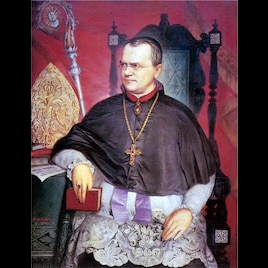 Lucasia
Offline
See all 93 collections (some may be hidden)

This item has been added to your Subscriptions. Some games will require you to relaunch them before the item will be downloaded.
Description
Do you ever feel murder is somehow worse than being lefthanded? Do you ever feel that the pope should have denied you that divorce? Do you like heresies? If all above is yes then this may be the mod for you!

Special thanks to Crimson9 for allowing me to make this compatible version!

New Heresies
- Judaizers (miaphysite): Judaizers are miaphysite christians observing many of the mosaic laws. They are based on the Ethiopian Tawhedo Church and are led by the Abuna. Unlike other heretics they can always join their monastic society.
- Mandeans (miaphysite): Mandeanism is a non-christian religion claiming to follow John the Baptist. Unlike christians they allow polygamy. If HF-dlc is active they can determine zodiac signs. A religious head can be founded by their priesthood if certain conditions are meet.
Chaldeans (nestorian): Chaldeans are schismatic Nestorians, but influenced by catholicism. They are led by their patriarch.
- Apollinarians (nestorian): Apollinarians have very similar practices as the nestorians, but the christology is different. They are led by their catholicos.
- Adoptionists (catholic): The adoptionist religious practices are similar to standard Catholicism, but the Christology is different. Any independent king can form the adoptionist religious head, but it will disband if landless.
- Free Spirits (catholic): The free spirits was a low church denomination holding ideas involving panteism, antinomianism and quitism. It has no religious head.
- Barlaamites (orthodox): The Barlaamites are very similar to orthodox but influenced by scholasticism. If they control Constantinople they can take over the Ecumenical Patriarchate and hold synods to convert the orthodox.
- Yarsans (sunni): Yarsanism (Ahle-Haqq) is related to yazidism, and very different from standard islam. It has no religious head but their own religious caste.
- Secret societies have been added for all new religions.

Marriage and Divorce
- Reworked divorce conditions for individual religions in accordance with canon law
- Divorces are harder for catholics and miaphysites, but easier for most other christians
- Cousin marriages are disabled for many christian religions
- Religious heads no longer cite “consanguinity” as the reason every time you get a divorce
- Catholics and miaphysites will no longer divorce their wives to join holy orders
- Messalians can take concubines and consorts
- Unreformed pagans cannot take consorts (go messalian or reformed)
- Tribal characters can only take concubines if allowed by their religion (nomads unchanged)
- Samaritans and Karaites can have two wives
- Cathars can often go celibate by decision
- Messalians and mandeans can always renounce celibacy

Schism and Special Events
- If a diplomatic and learned catholic is emperor of Byzantium, Abyssinia or the Restored Roman Empire after 1059 the Council of Florence might happen. This may convert miaphysite and orthodox characters and counties. This is based the historical Council of Florence.
- A powerful Monothelite Emperor controlling Constantinople and Alexandria may Hold a Council converting many orthodox and miaphysites to Monothelitism. This is based on the attempts of Emperor Heraclius and his successors to reunite the copts with the Byzantine state Church.
- If the Barlaamites have a Patriach and controls Constantinople they may hold synods converting orthodox to Barlaamism. If the orthodox regain Constantiople they may hold counter-synods converting barlaamists to orthodox. This is based on the historical anti-palamist/anti-barlaamist synods in Constantinople during the 14th century.
- The Byzantine emperor may choose to massacre the latins in Constantinople under special circumstances. This is based on the massacre of the latins in 1182.
- Added events for the Great Schism, Triumph of Orthodoxy and the Great German Pilgrimage (the pilgrimage requires SoA-dlc)

Artifacts
- 70 historical artifacts, mostly Bibles
- Most books can be ordered, but some are unique

Compatibility
No DLC required, but I’d recommend using them.
Incompatible with many mods that change religions, such as HIP and CK+.
If you don't want improved genetics, use the standard version of this mod instead https://steamcommunity.com/sharedfiles/filedetails/?id=1686936562

Some mods that I recommend to use
Lucasia

Here I am Jan 6 @ 5:42pm
Hey have you ever thought about making this compatible with HIP? It probably wouldn't be easy but it would be awesome! :D

Dorian Nov 29, 2019 @ 5:06am
Unrealistic, we all know being lefthanded is FAR worse than being a mass murderer lol

If you could it'd be great, I like that mod and absolutely adore this one. Either way, good job and work you do :)

Lucasia  [author] Nov 12, 2019 @ 9:22am
@Aventius, yes but so far I decided not to because they wasn't around by the time of Charlamagne.
@stickypepsi13, it's possible and it would be great but I have no plans for it now.

Lucasia  [author] Nov 12, 2019 @ 9:20am
@kamcity13, I've tested it and the game seems to run fine. You are supposed to get "never" as Crisis of Faith game rule, but not sure if that always happens. You also get no spawned artifacts but characters will buy then, heresies use main religion holy sites and chaldeans, apollinarians and judaizers don't get their religious heads. The last issue may be solved by console commands granting the titles (d_chaldean etc) to unmarried male courtiers and kill them. This activated the titles. If your old save doesn't have Improved Genetics you must use the standard version of this mod https://steamcommunity.com/sharedfiles/filedetails/?id=1686936562

stickypepsi13 Nov 11, 2019 @ 1:11pm
Do you think you could make a compatibility patch with African Religions Overhaul?