We received reports that our recent patch caused problems with the Crusader Kings II: Europa Universalis IV Converter DLC, and may have affected several mods as well. Thanks for letting us know!

Link to the forum thread[forum.paradoxplaza.com].

We have a small update we’d like to share with you about the subscription service for Crusader Kings II.

There are many players out there who are only discovering CKII now, through our subscription service, and we wanted to give you something extra as a thank you. CKII subscribers can now unlock:
As you can see, these rewards do not affect gameplay in any way, and are a small token of gratitude to those who have been active subscribers for a period of time. Two out of three rewards are not exclusive to the subscription, and are meant to be shared with anyone including non-subscribers.

Additionally, we have added a pop up to highlight content of the various DLC packages included in the subscription, which provides a suggestion of an interesting ruler to consider trying out. 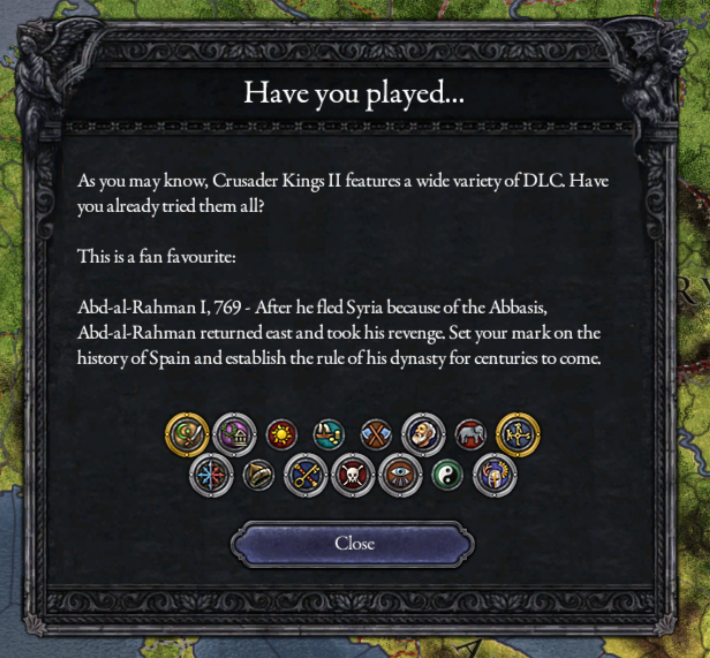 Regardless of whether you are a long time Crusader Kings fan or a recent subscriber, we are grateful for your continued support!

To view or discuss on our forums check out the thread here[forum.paradoxplaza.com].

Sorry for the surprise information after not hearing from us for a while, but we have some super cool stuff to tell you. We are glad to bring you the launch of a new subscription service to the Crusader Kings 2 Game experience!

Crusader Kings II is now available via subscription, giving users a convenient way to enjoy all of the medieval plotting and politicking that has made Crusader Kings a beloved game for strategists and role players alike. Subscribers will have automatic access to every piece of Crusader Kings II content with no other purchases necessary.

Things to look forward to in this Subscription Service:

Why is this a subscription?
With so much additional content available, the cost for new Crusader Kings II players can seem prohibitive or intimidating. This is an affordable way for players to experience the entire Crusader Kings II catalog without having to weigh which items they would prefer to purchase.
This does not mean it is the only way to get DLC moving forward. The Subscription service is entirely optional and purchasing a single or multiple DLC packs without the Subscription is still an option.

What happens if I stop subscribing?
If you stop subscribing, you will lose access to any content you have not separately purchased or downloaded. (The Crusader Kings II base game is free.)

Will you be bringing subscriptions to other games?
Subscription plans are an option we are exploring for other Paradox titles.

To view or discuss on our forums check out the thread here[pdxint.at].

We have published a patch addressing the launch issues for MAC users, on OSX Big Sur.
Crusader Kings II now handles Big Sur, so you can now dive again in-game with your preferred OS.

Thanks for playing CK2!

Crusader Kings II
1,049
74
Long Live the King!
Sep 1, 2020
The realm rejoices as Paradox Interactive announces the launch of Crusader Kings III, the latest entry in the publisher’s grand strategy role-playing game franchise. Advisors may now jockey for positions of influence and adversaries should save their schemes for another day, because on this day Crusader Kings III can be purchased for a suggested retail price of $49.99/ £41.99/ €49.99 on Steam!

Crusader Kings III is the newest entry in the fabled grand strategy franchise. Guide a royal house through history, governing land, culture, religion, military operations and more in this game of medieval empire and bloodline management. Scheme from the shadows or march your armies openly to expand your borders. Utilize diplomacy and family, leveraging relationships and influence, to protect your lineage. For if a suitable heir you do not produce, your line, and your playthrough, ends.

A new trailer, telling the fate of a would-be conqueror, can be viewed here: 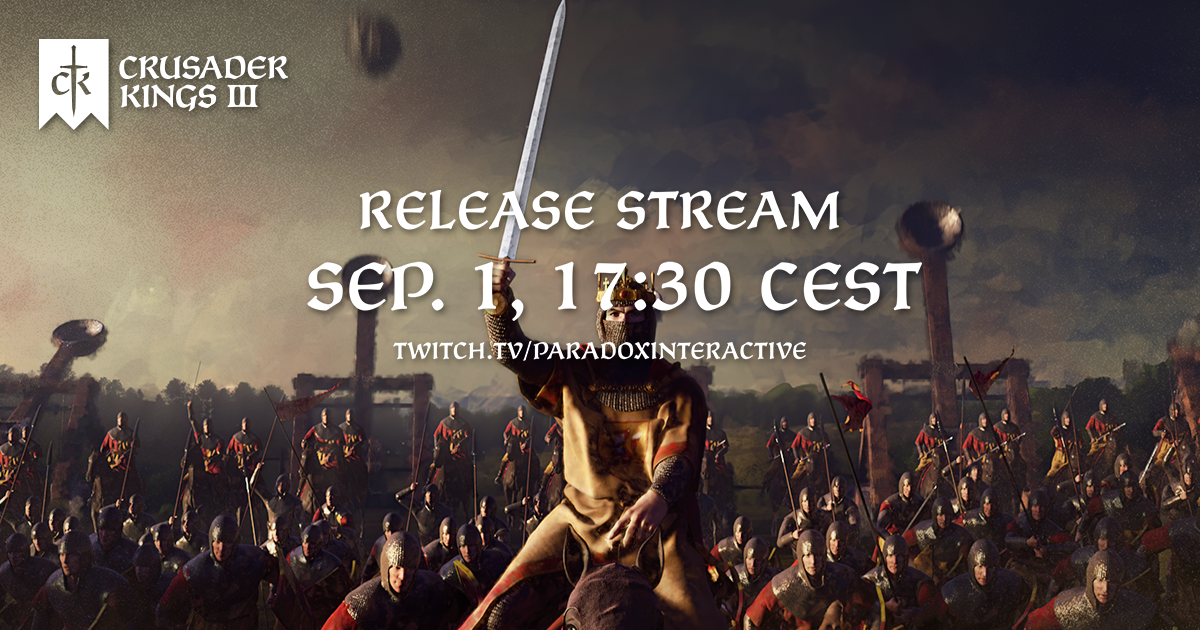 Don't forget to join our Official Discord[discord.gg] to discuss the game with fans and devs.

Want to deep dive in our developer diaries from August?
Here are a few links! 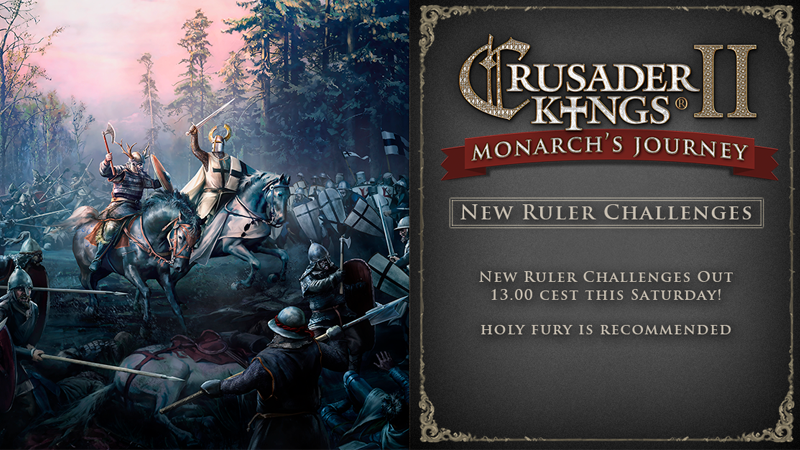 As a reminder: the Monarch’s Journey is a new way of exploring the world of Crusader Kings and will help you earn cosmetic add-ons for Crusader Kings III through Ruler Challenges.

The Ruler Challenges present you with a new realm with a specific objective to achieve. Whether you are a newcomer or a veteran The Monarch’s Journey is your chance to (re)learn parts of the game, try new worlds and new ways of play in our infinite medieval sandbox! 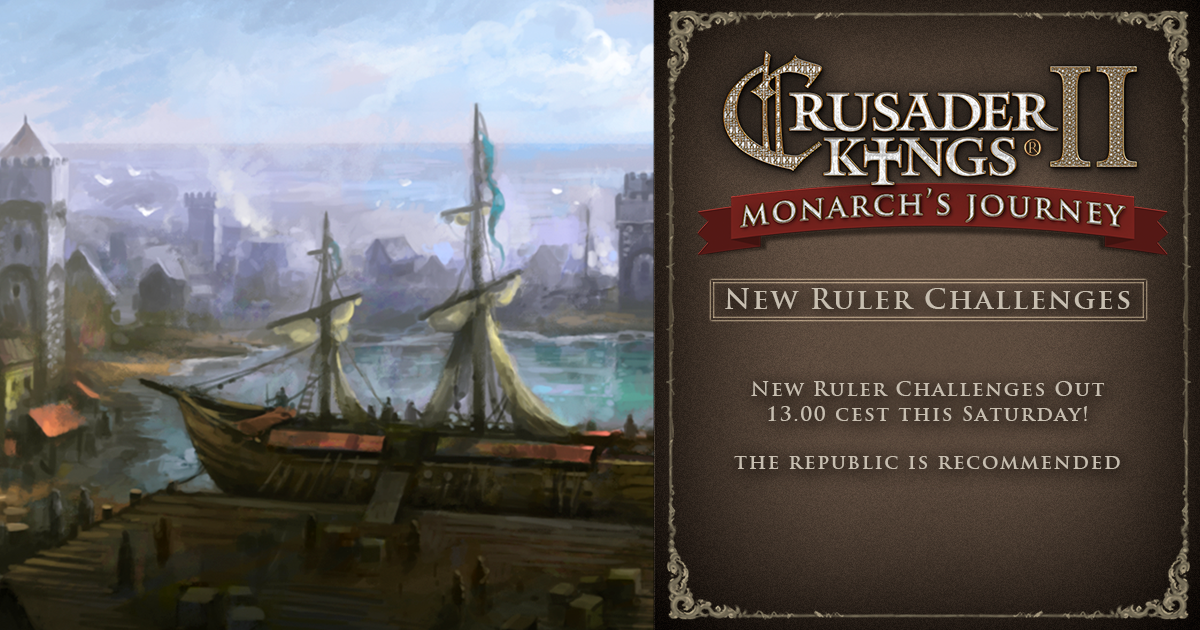 As a reminder: the Monarch’s Journey is a new way of exploring the world of Crusader Kings and will help you earn cosmetic add-ons for Crusader Kings III through Ruler Challenges.

The Ruler Challenges present you with a new realm with a specific objective to achieve. Whether you are a newcomer or a veteran The Monarch’s Journey is your chance to (re)learn parts of the game, try new worlds and new ways of play in our infinite medieval sandbox!

► GamesOnHardMode (Most Comical) told the story of Duke Morcar of York!
► Bianka B. (Most Dramatic) wrote "Matilda of Tuscany", an excellent AAR story! 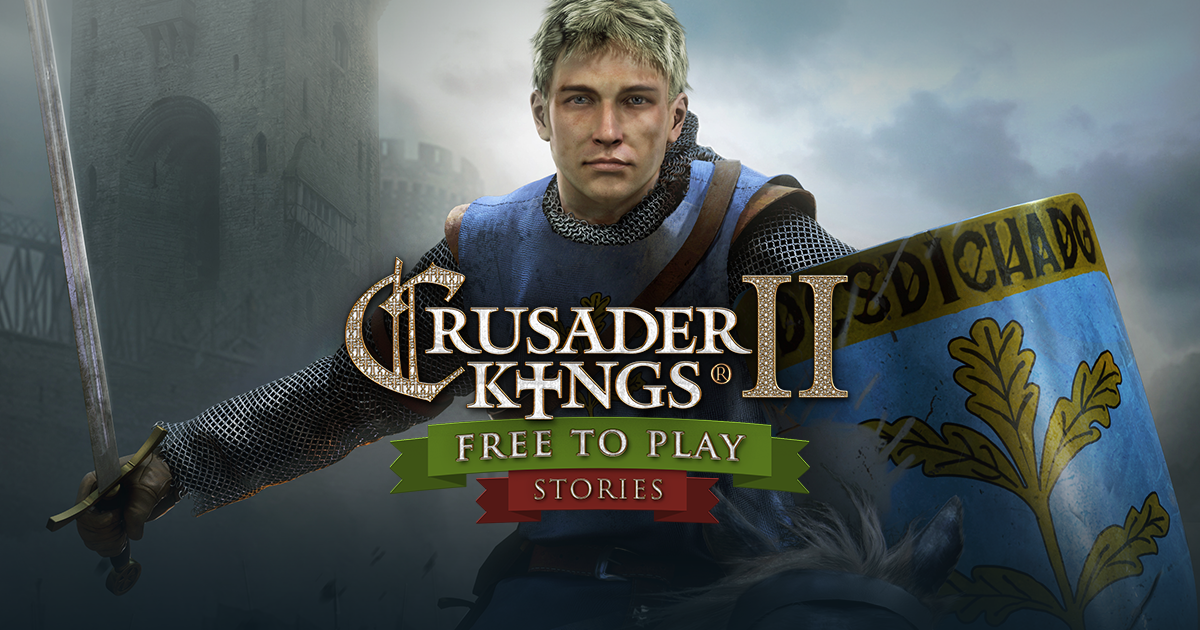