Store Page
ARK: Survival Evolved>  Workshop > BumpInTheNight's Workshop
This item has been removed from the community because it violates Steam Community & Content Guidelines. It is only visible to you. If you believe your item has been removed by mistake, please contact Steam Support.
This item is incompatible with ARK: Survival Evolved. Please see the instructions page for reasons why this item might not work within ARK: Survival Evolved.
Current visibility: Hidden
This item will only be visible to you, admins, and anyone marked as a creator.
Current visibility: Friends-only
This item will only be visible in searches to you, your friends, and admins. 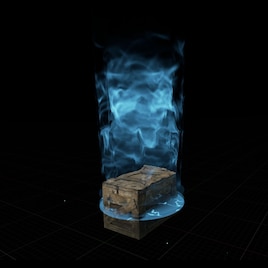 BumpInTheNight
Offline
See all 53 collections (some may be hidden)

This item has been added to your Subscriptions. Some games will require you to relaunch them before the item will be downloaded.
Description
ModID: 1824874587

A boss portal generator that you can craft with an adjustable teleport bubble size!

Annoyed by trying to pack all your dinos in like sardines to teleport them to a boss fight? Don't want to do all the cave content just to try the boss fights? Do you want to use your beefed up 50 Featherlights to dominate the spider?! All from the comfort of your own base?

Well this is the mod for YOU!

Features
A craftable summoning box (normal and tek flavour, 1 thatch/lvl 1 engram to make)
The Tribute requirements for each boss is just one thatch for any difficulty
The dino limit has been raised to 50
All dinos (even modded & flyers) are allowed in any arena (drag weight limit set to 30K)
A configurable teleport generator size radius, to more easily fit your herd into the fight!

TODO: Genesis's Boss (Wildcard hasn't put it in the Devkit yet)

The box will clamp that value to within the range of 0.5 to 5.0 for sanity's sake.

Caveats/limitations
All the engrams will show up in the box even for arenas that aren't available on that map. If you trigger a boss fight for a non-native arena it will start the bubble but not teleport anything, so no biggie you lost a thatch. There is no easy way to over come this limitation and no plans to try. Stick to the Arenas of the map you're playing.

I have no idea what will happen if you try to use this mod but don't have all the relevant DLC installed, hopefully nothing too awful. If it does turn out badly I can probably gate the mod off with the required dependencies.

Dinos arrive standing in the same pattern as they were when the bubble teleports you, this can put them outside of where the arena had anticipated them to show up. Specifically on the Island's Dragon arena watch out when using a radius of more then 1.3x, otherwise dinos that are at the rear edge of your teleport bubble can spawn on the wrong side of the invisible walls that block the canyon behind the landing location. So try to keep them converged on the center as much as you can or at least be aware of the layout of the terrain around arena's teleport pad.

Spawning multiple teleports to the same arena is very bad. The first one to complete will send everyone in but when the next one completes it will KILL EVERYTHING IN THERE, then teleport its own batch. Normal arena rules apply about 0 players present means all dinos are killed. It ends badly. Not to mention using this mod on a competitive server is ill-advised, its ripe for griefing and/or unanticipated collisions.

There is also no viable way to try and include unofficial(mod based) map boss fights for obvious reasons. If its not in the dev kit then I can't include it, sorry. Meanwhile I've found at least ISO Crystal Isles' implementation of the Island's Boss Fights is working just fine with The Boss Box. Maybe there's others out there worth mentioning?

This mod uses its own branched versions of the teleporters and summoning engrams, if you're using another mod that manipulates boss fights it will likely ignore them or vice versa.

This is my first efforts at modding with Ark but I test any changes on my own dedicated servers & single player games, caveat emptor! :)
Popular Discussions View All (6)

How to handle the Extinction End-Boss
BumpInTheNight

scubadivingmaui7 Jul 27 @ 12:56am
Any plan to update soon? This mod is amazing and it would be sad to see it abandoned.

ApexPredatorTV Jul 5 @ 4:29pm
Actually to everybody trying to use this on the official CrystalIsles: It doesn't work! Non of them.

McNeuge Jun 18 @ 5:34am
@BumpInTheNight: please accept my friends invite, i seriously need your help again with the linux server :,(

WikolSk May 16 @ 3:48pm
Or mby instead of teleporting u to boss arena non native ones would be "teleported"(spawned) on u?

WikolSk May 16 @ 2:47pm
Hi mby u should add some ini option that would allow to teleport to any boss on any map ,or at least to Ascending ones?

LaRvae01 Apr 24 @ 1:50pm
Does this teleport to the boss arena on any map ? Like teleporting to rockwell arena on Ragnarok ?

VGNation Apr 12 @ 4:54am
I noticed the same thing Kradian it dose its hole activation thing but you don't teleport anywhere you just stand there